On the morning of June 10th, 2022, Song Shiqiang, general manager of Slkor, led the warehousing team of Kinghelm(www.kinghelm.com.cn) and Slkor (www.slkormicro.com) to Foxconn Industrial Park located in Longhua District, and he performed a survey on JUSDA Company, a subsidiary of Foxconn Group. Both sides conducted in-depth exchanges and communication on warehousing intelligence and supply chain informatization, and they discussed the possibility of future business cooperation between Foxconn and Slkor. 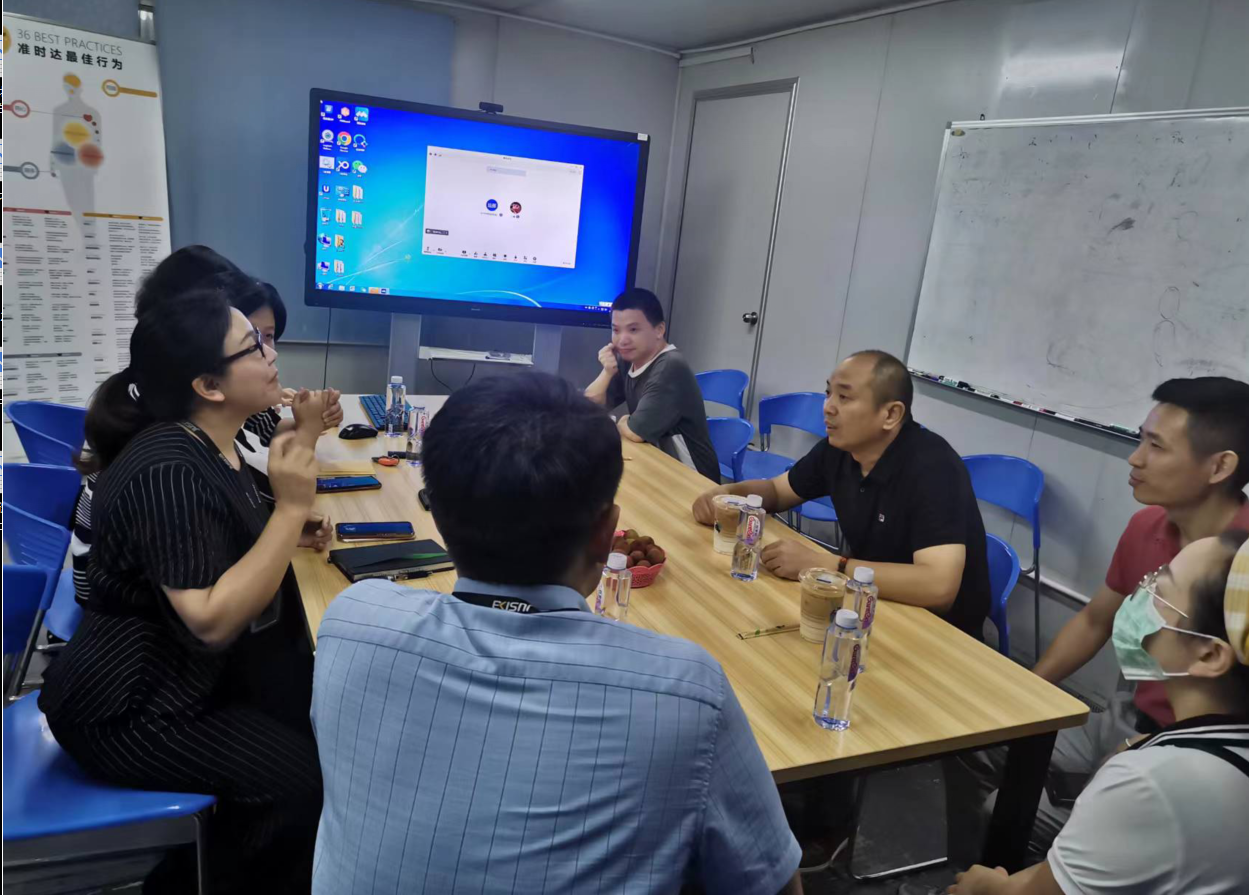 Liu Songhua and Liu Wei, directors of JUSDA, were waiting in the early morning and gave a warm reception to Mr. Song and his team from Slkor (www.slkoric.com) Kinghelm (www.kinghelm.com.cn). They said that Under the leadership of Mr. Song, Kinghelm and Slkor have become the most successful and fastest growing enterprises in Huaqiangbei. The increasing influence of Kinghelm and Slkor brands in the industry certainly cannot be separated from the diligent study and hard work of the company team. Liu Wei first gave a brief introduction of Foxconn Industrial Group and JUSDA Company, then Wang Feng, the head of JUSDA, introduced the independently-developed digital-intelligence WMS system and real-time information management system in detail. He also inquired about Kingdee KIS cloud system and Landray OA System currently used by Kinghelm and Slkor, and the compatibility and upgrade of the system were discussed as well.

Mr. Song said that it is a great honor to visit Foxconn, the leader of manufacturing industry, to study and communicate with each other. And it’s also the place where Foxconn first made its fortune in Longhua, Shenzhen. We Kinghelm and Slkor are still a little weak, because we just gain a foothold in the electronic information industry, we need to study and make progress, especially learn from such large enterprise like Foxconn. And Foxconn's informatization, process, refined management are all we need to learn. 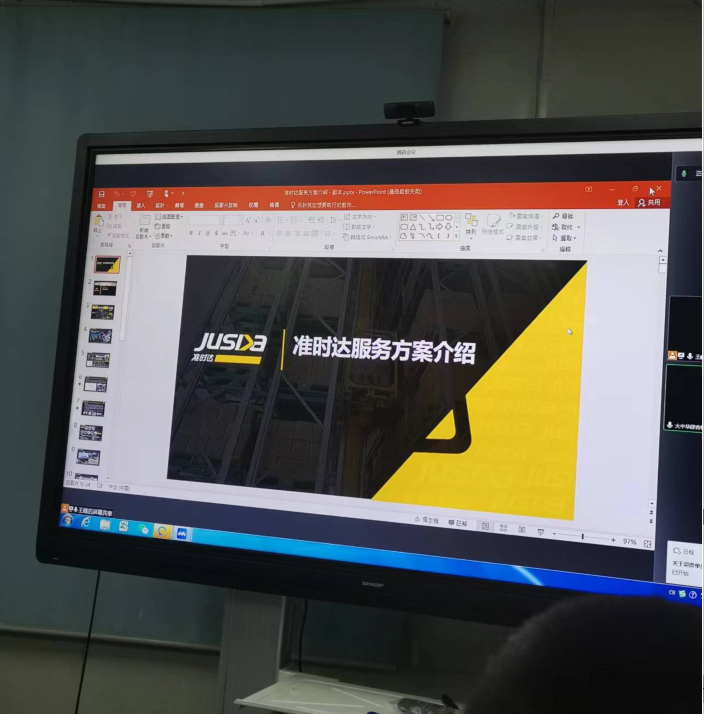 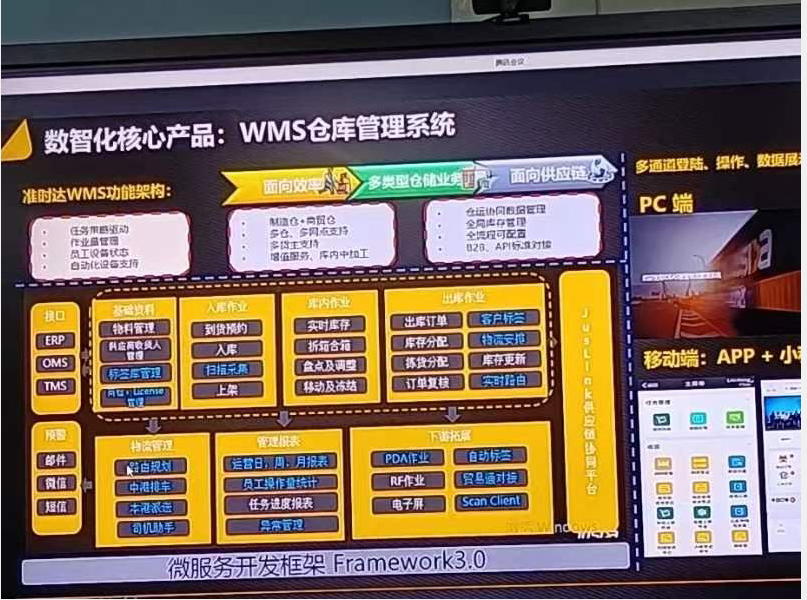 Shenzhen Kinghelm Elecreonics Co,LTD.（www.kinghelm.com.cn）is a national high-tech enterprise as well as a member of "GNSS and LBS Association of China ", "China Information Industry Chamber of Commerce" and "Guangdong Connector Association", moreover it has obtained a number of invention patents and software copyrights in relation to Beidou. Kinghelm specializes in the technology research, product design and manufacturing and sales service of microwave RF signal transceiver, micro electronic connector and interconnection system products. Kinghelm’s technical team is from Tsinghua University, UESTC and expatriates with R&D capability of high-quality and high-performance products. Kinghelm has obtained ISO9001 management system certification, and IATF16949 automobile quality system certification, UL, TUV, RoHS, REACH certification are in the application. Shenzhen SlkorMicro Semicon Co., Ltd., whose technical elites are from Tsinghua University in China and Yonsei University in South Korea, masters the international leading third generation semiconductor technology of SiC power device, therefore there factors made the company: new materials, new technology and new products. Slkor’s products can be divided into three major IC series: diode and triode, power device, and power management chip. Slkor has developed from a single IP design company into a national high-tech enterprise covering the design, R&D, production and sales service, now "Slkor" its brand is gaining good reputation in the semiconductor industry. And its official website has gradually become one of the most important platform for collaborative development of the semiconductor industry , which not only promotes Slkor’s products and publicizes "Slkor" brand, but also carries out the industrial technology and information exchange, collision of ideas, and data query, etc.

In the end, Song Shiqiang and his team visited Foxconn’s intelligent warehouse and studied carefully. They inquired about the problems encountered in the development of the warehouse of Slkor and Kinghelm, and agreed to exchange and study together next time, finally both sides looked forward to the opportunities of future cooperation. We hope that the gap between Kinghelm Slkor and large enterprise represented by Foxconn will become smaller and smaller, and Slkor and Kinghelm develop into a large enterprise in the industry!

Prev：Big news! The official English website of Kinghelm was launched to create a new business card for international promotion
Next：Warmness, happiness, harmony, and vitality! employees of Kinghelm and Slkor together with their kids come to the company to celebrate the International Children's Day!