Events
Home -Events -Industry News -Xu Ying, the "goddess of the Big Dipper", and Huang Shiqing, a professor of mechanics, returned to Renshou No. 1 middle school to give a lecture

Xu Ying, the "goddess of the Big Dipper", and Huang Shiqing, a professor of mechanics, returned to Renshou No. 1 middle school to give a lecture

What kind of stars should students in the new era pursue?

On May 4, Xu Ying, the "goddess of the Big Dipper" and Huang Shiqing, the second prize winner of the National Natural Science Award in 2019, were invited to return to their alma mater - No. 1 Central South Campus of Renshou County and gave lectures to their younger brothers and sisters for more than one hour. 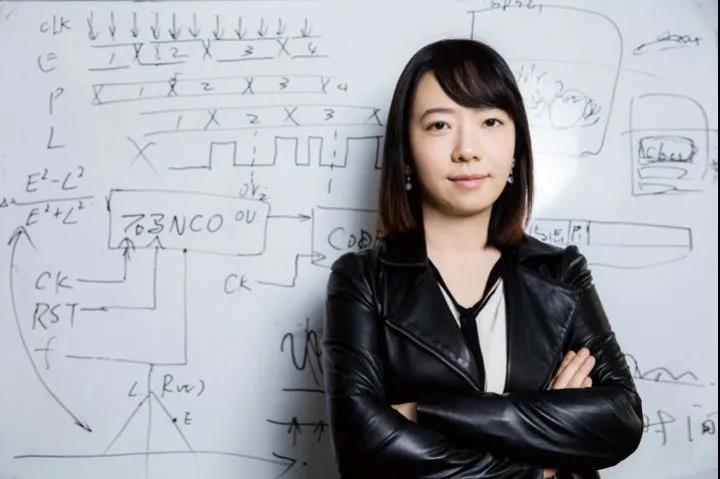 He is a Grade 99 student of the school. Researcher and doctoral supervisor of Institute of aerospace information innovation, Chinese Academy of Sciences. He has been engaged in the construction of Beidou satellite navigation system for a long time. In 2016, Xu Ying's section of Beidou popular science became popular online and was dubbed "Beidou goddess" by netizens.

He is a grade 95 student of the school. Associate Professor / Master supervisor, deputy secretary and vice president, School of mechanics and architectural engineering, Jinan University. He graduated from the school of Aeronautics and Astronautics of Tsinghua University in 2008 with a doctorate in mechanics. In 2019, it won the second prize of the National Natural Science Award.


Beidou and the growth of highland barley 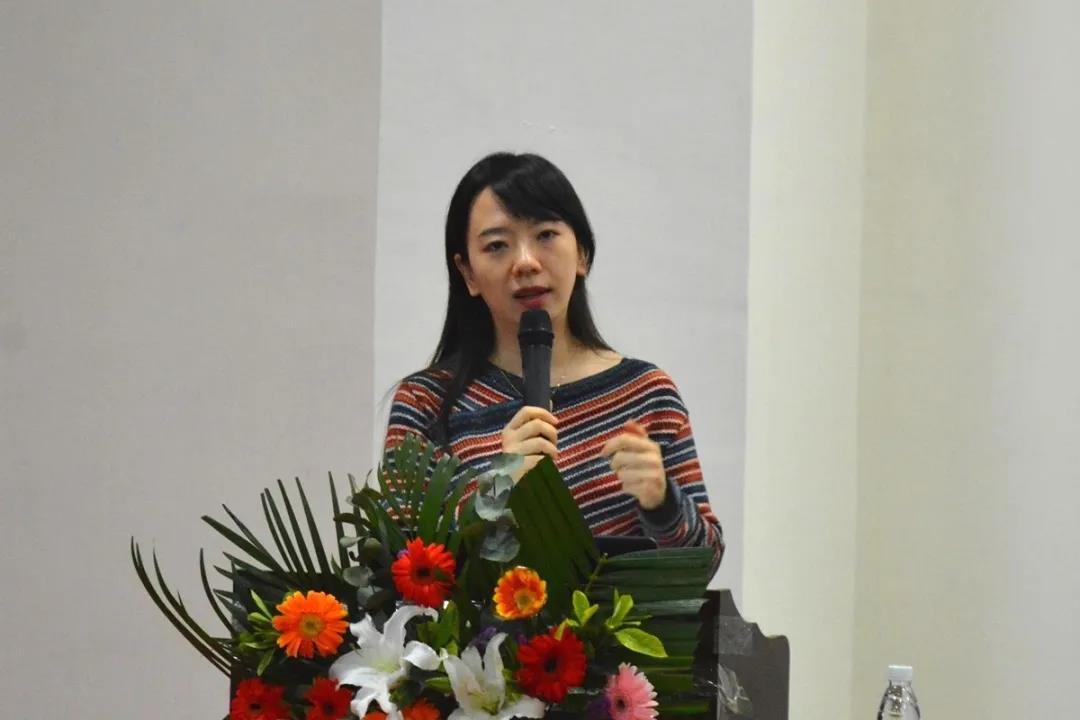 "The Beidou is first China's Beidou, then the world's Beidou."During the lecture, sister Xu Ying introduced the history of navigation development with "map software and Navigation Science in life" as the lead, and led her younger brothers and sisters to appreciate the predecessor, construction status, application frontier and many possibilities in future aerospace of Beidou navigation, which is a growing national important instrument. "If China is absent in the era of great navigation, we must strive for a seat in the era of great space, and Beidou navigation is our ticket to the competition in the era of human space." Listening to her heartfelt and impassioned words, all the students present were excited about it. 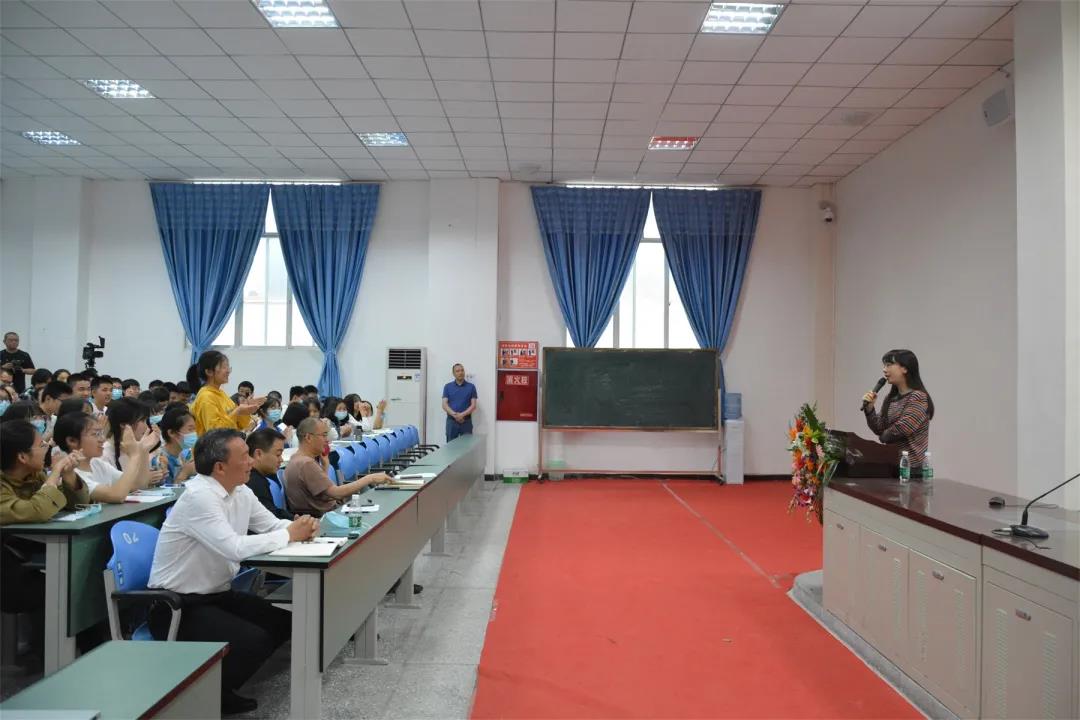 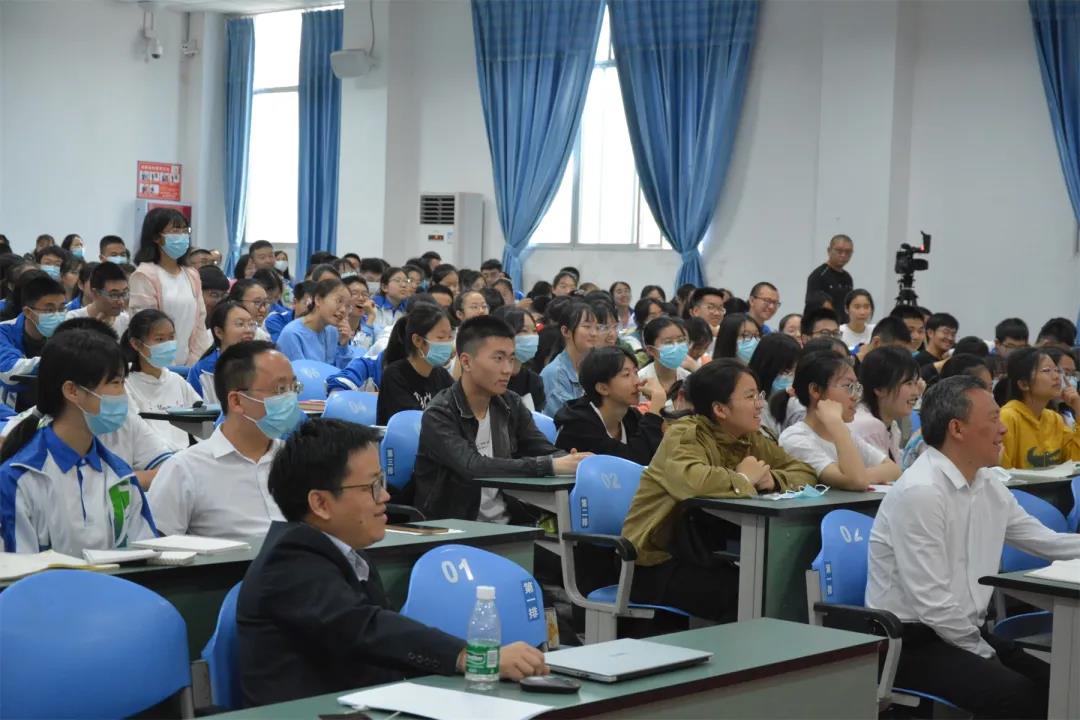 In the interactive link, sister Xu Ying encouraged her younger brothers and sisters to apply the scientific research spirit of "sitting on the bench for ten years without writing half a sentence" to their daily study and life. I warn you: the success of everything begins with interest, persistence, loyalty to spirit, and dedication to the truth, the people and the country. 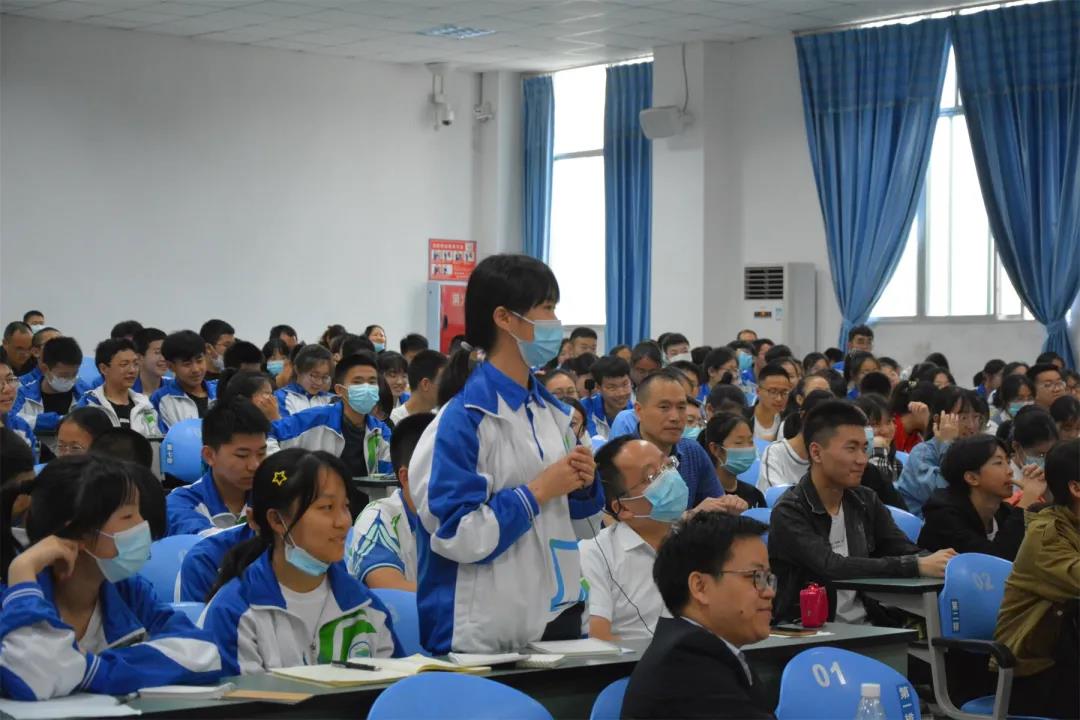 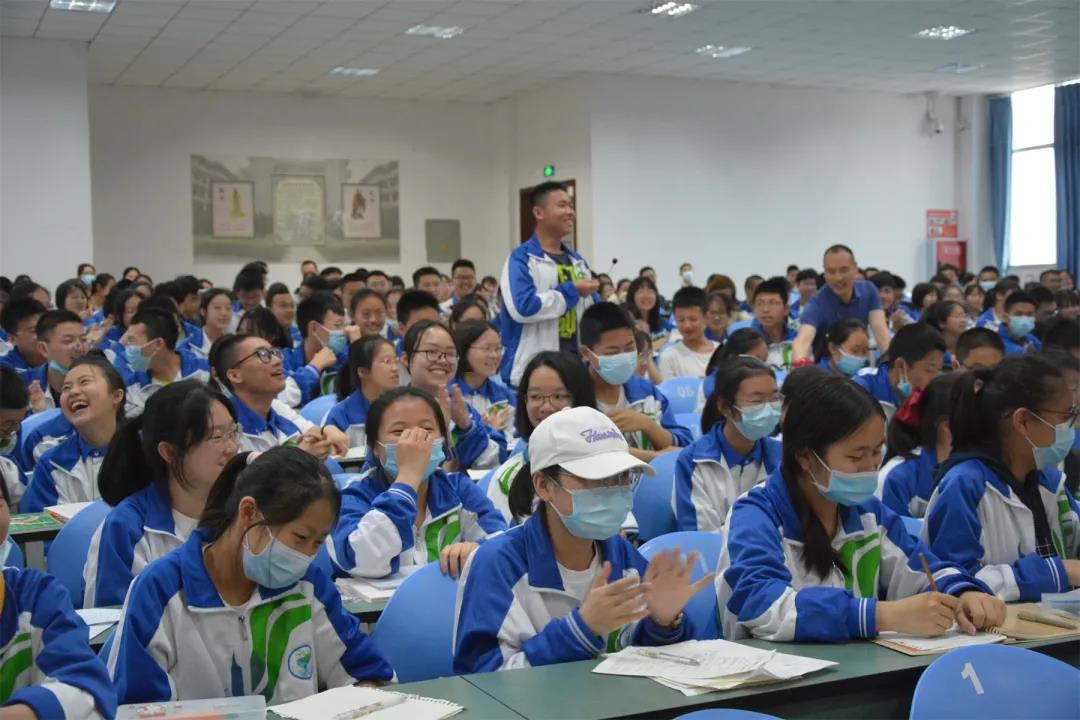 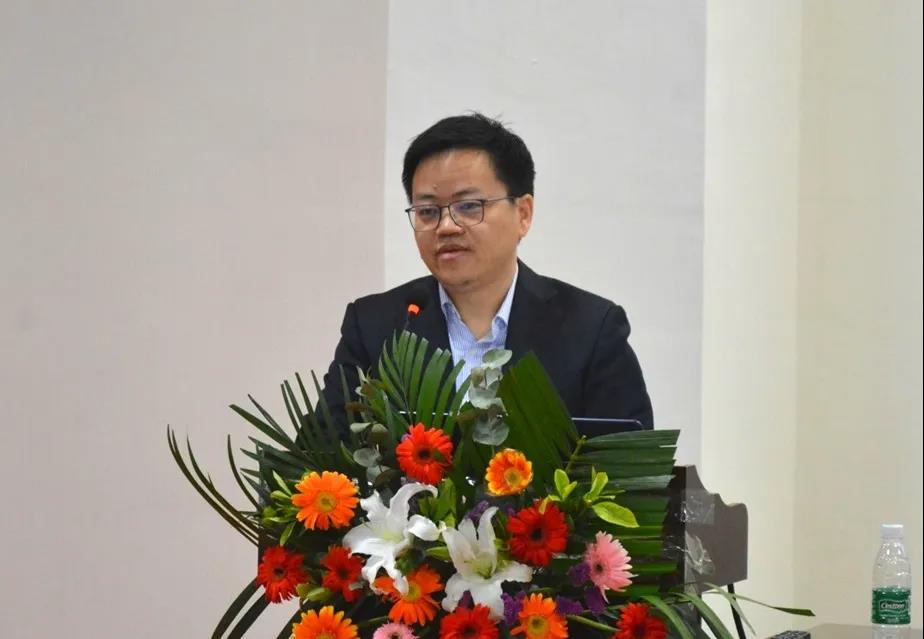 "What is mechanics?" Huang Shiqing, the most adorable senior student, asked the students present while projecting a picture of himself standing under the apple tree of Cambridge University. Then he quoted Kepler's law, Newton's law and the law of universal gravitation to bring a scientific feast to the younger students. And guide the younger and younger students to find out the rules from the complex phenomena and find out what they are? Constantly investigate the reasons and mechanisms behind the law and figure out why? Make further use of the law and think about what we can do? Among the famous figures and deeds, we had a dialogue with the greatest talented scientists in history! 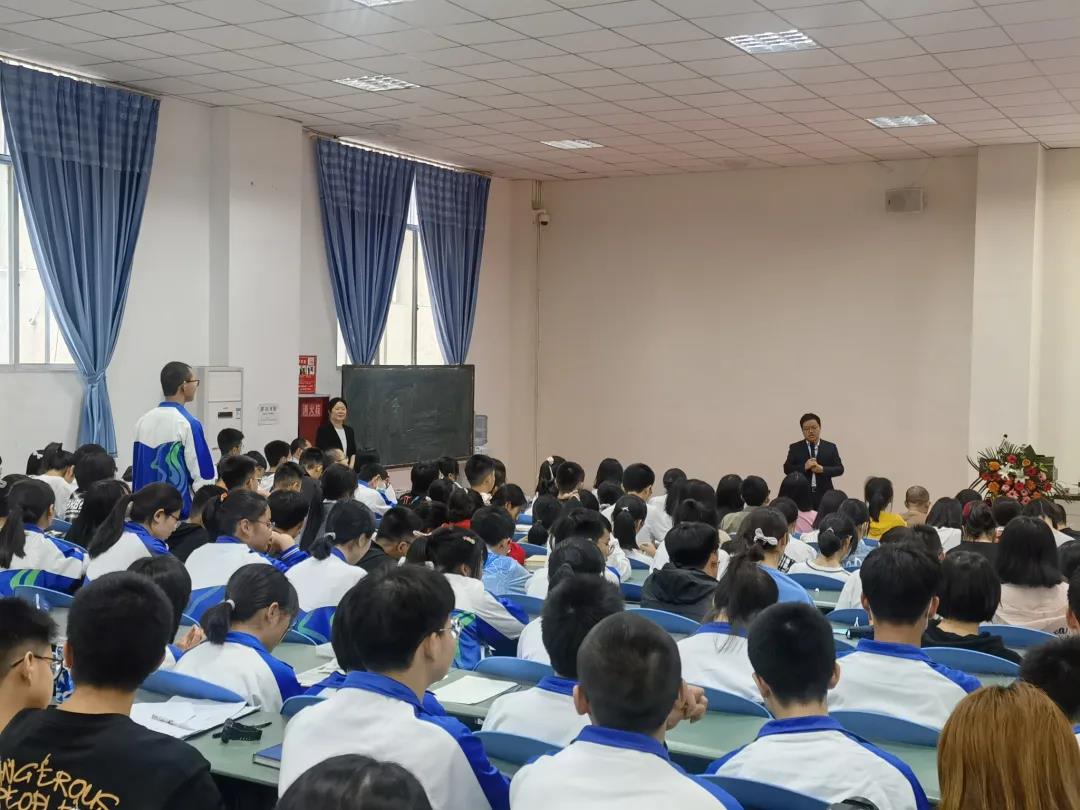 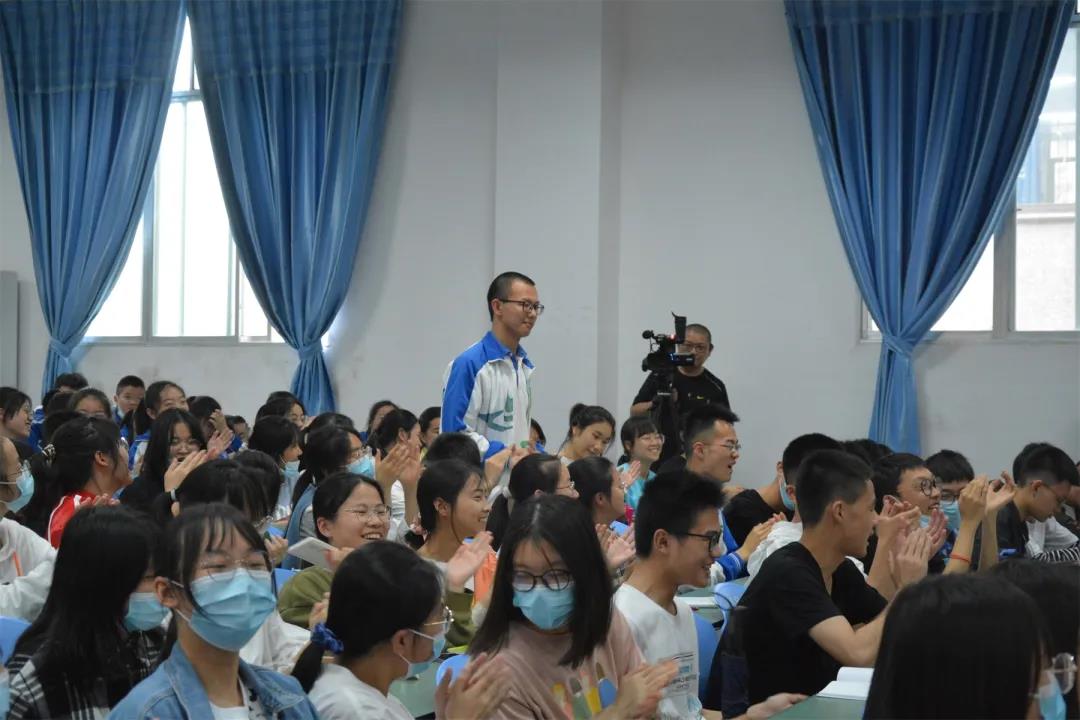 Former Premier Zhou Enlai's lofty ambition of "studying for the rise of China" and now senior Huang Shiqing's sonorous call "we are exploring and understanding the basic laws of the operation and development of nature and human society! We are learning the methods and skills to understand and transform the world! We are training ourselves to become the future builders and successors of the motherland". 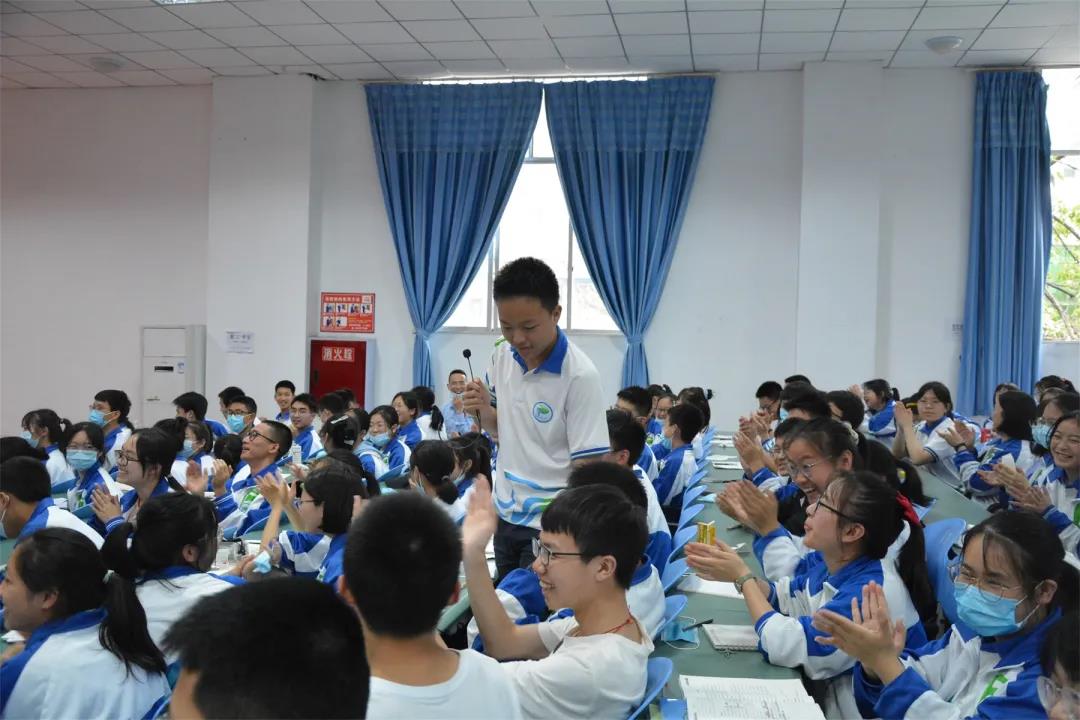 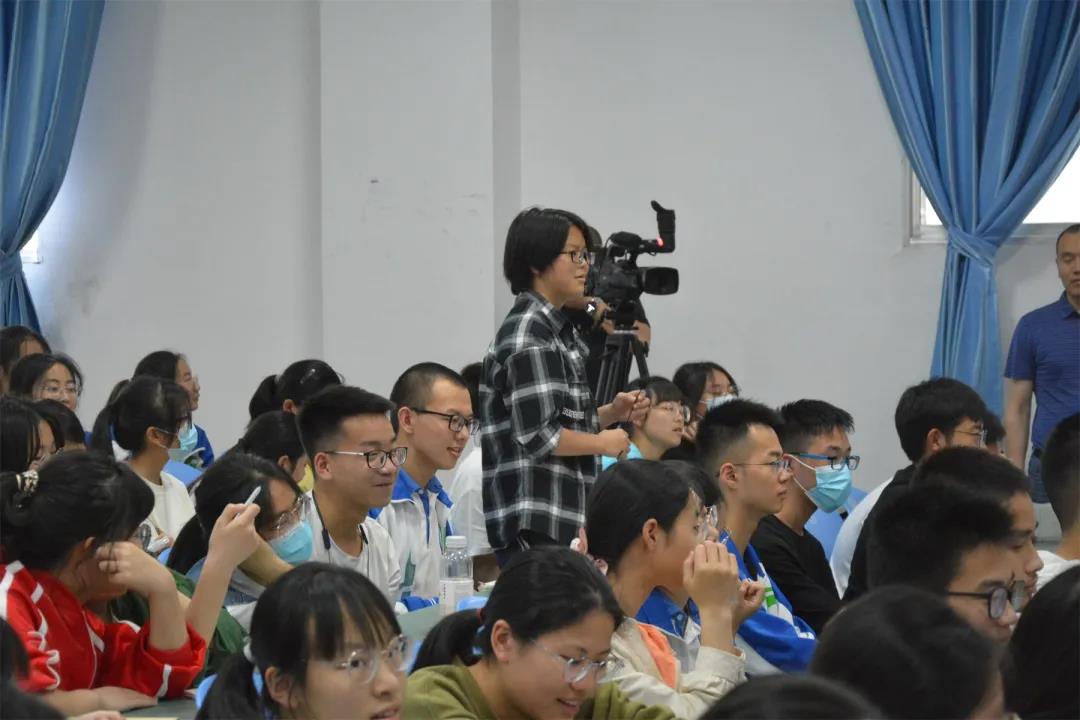 "Why is the navigation signal weak when the car enters the tunnel? It is equivalent to putting a microwave oven at an altitude of 3000 kilometers."

"Everything should be fast except learning! If you can ride a bike, you will never walk."

Golden sentences frequently appeared at the lecture site, which attracted bursts of applause from the listeners present. 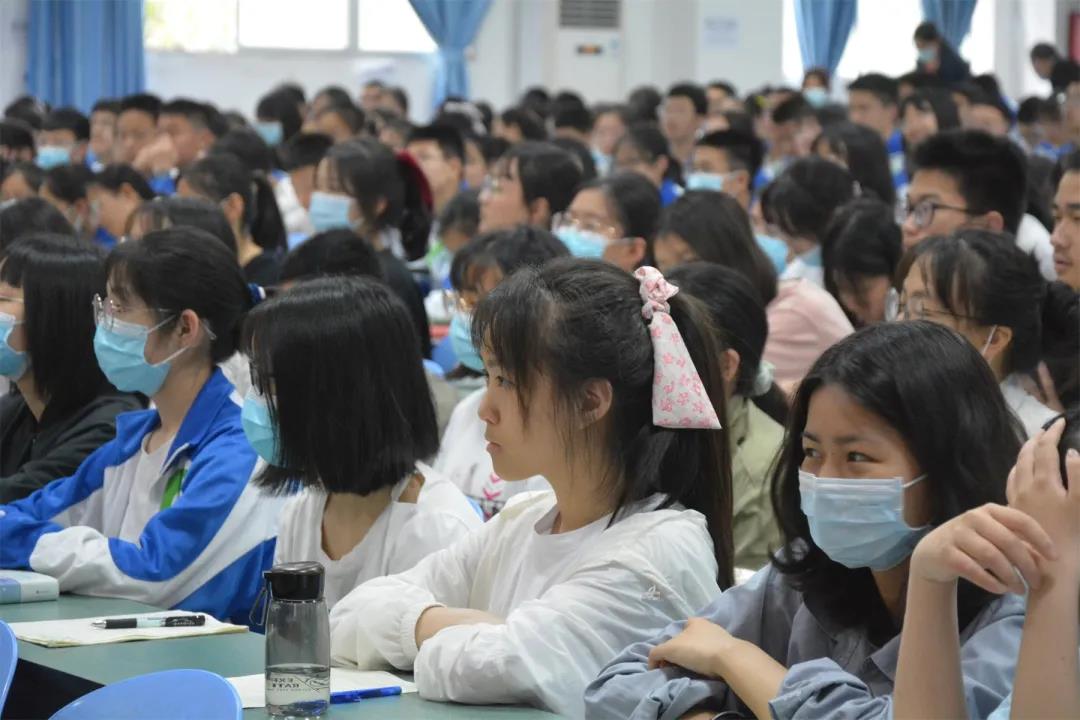 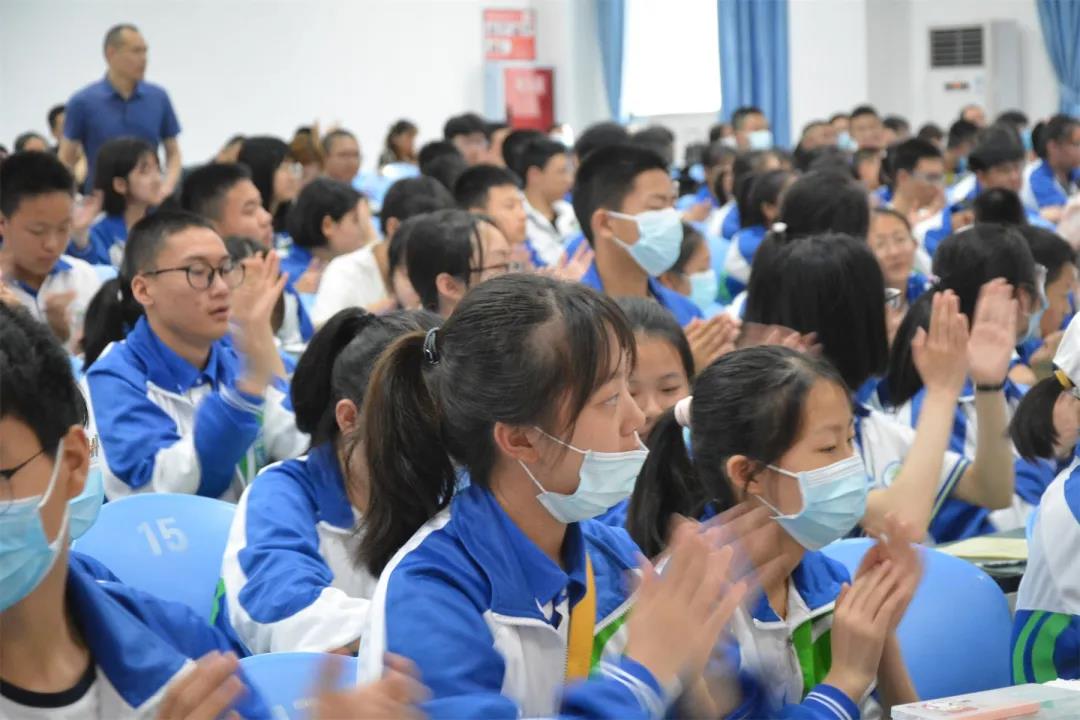 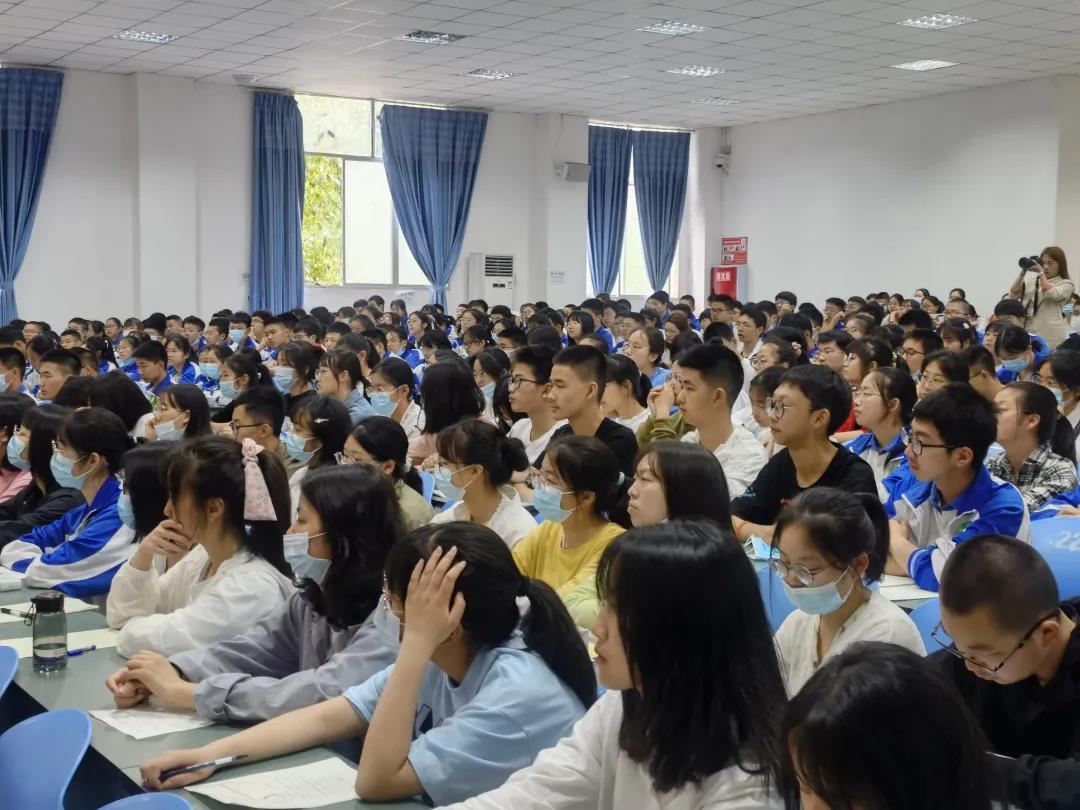 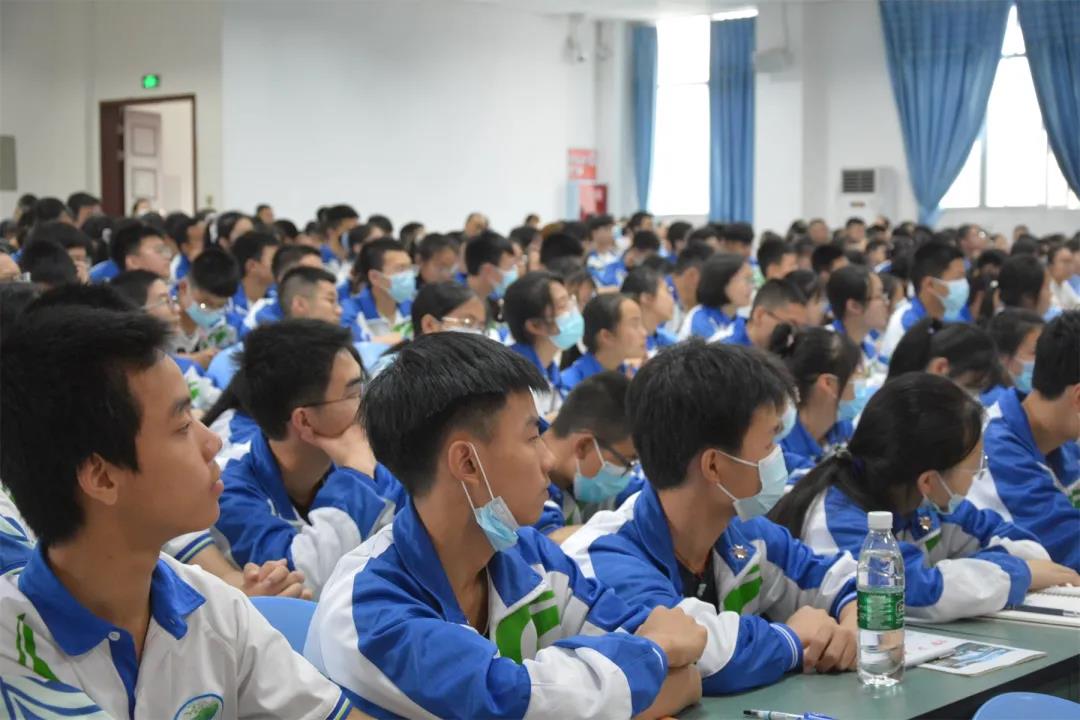 "Such popular science, please have a little more!" The students said that the magnificent and starry dream picture presented by sister Xu Ying and senior Huang Shiqing also made everyone experience a passionate and shocking spiritual baptism. "We understand that only when youth integrate their personal future with the destiny of the motherland can they truly realize the value of life and let youth glow with the most dazzling light." The students present said. 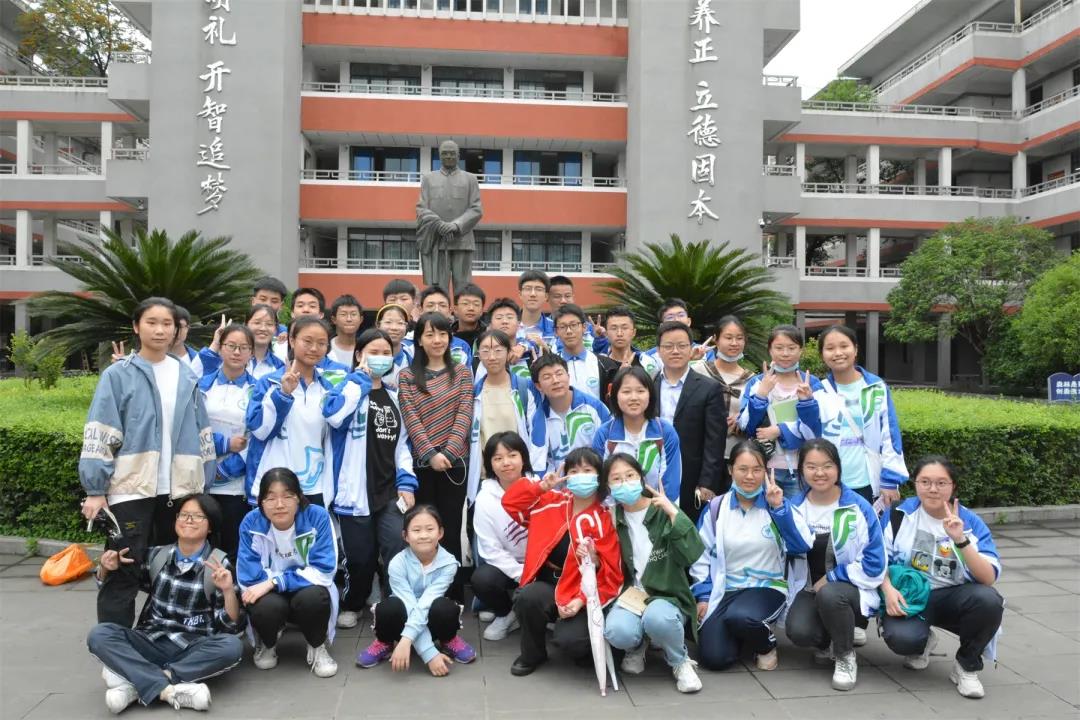 Chasing a star is chasing such a star  Let's ride the east wind on the journey to a powerful country  Further advocate, learn from and strive to be an example  Light up the morning with vigorous passion  Dedicate the 100th anniversary of the founding of the Communist Party of China with patriotic enthusiasm

The content comes from the network/Meishan education and physical education, this website only provides reprint. The views, positions and technologies of this article have nothing to do with this website. If there is infringement, please contact us to delete it!