Market choice, Huaqiangbei has no winter

Disclaimer: This article comes from the InternetReprinted from "quality improvement and technology" to support the protection of intellectual property rights. Please indicate the original source and author. If there is infringement, please contact us for deletion.Shenzhen people who know Huaqiangbei know that this is by no means the so-called "cold winter".

At the beginning of the new year, Huaqiangbei, which was transformed into a "beauty Mecca", suffered a disaster. CCTV reported that the anti smuggling Bureau of Shenzhen customs, together with the local police, cracked a major case of illegal smuggling of cosmetics involving up to 600 million yuan in Huaqiangbei. 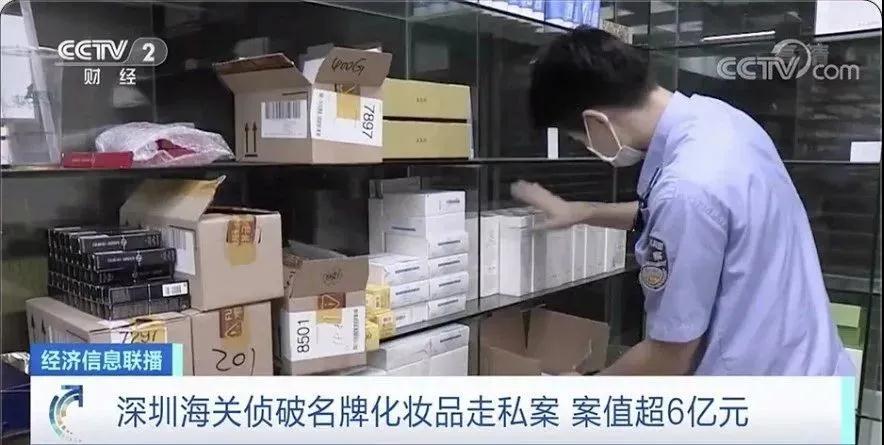 In this anti smuggling case, Mingtong and Manha beauty cities in Huaqiangbei are the key places. The shops will be strictly investigated, and almost all beauty shops have been closed. 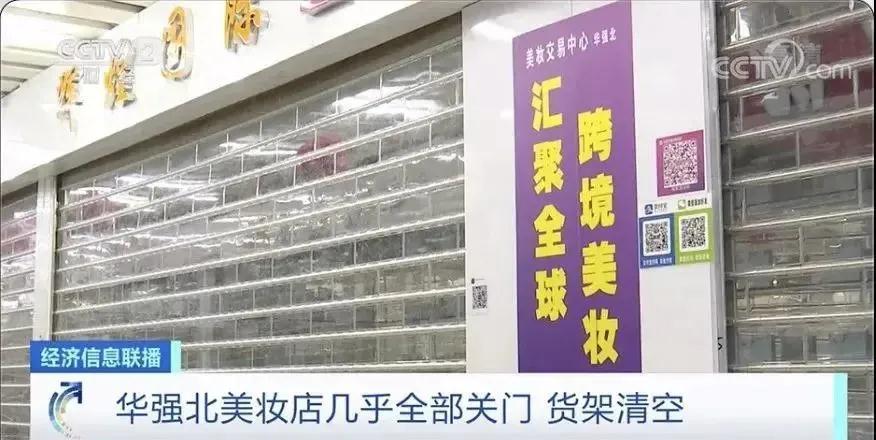 After the incident, the beauty shops in the nearby mall also panicked, closed their doors one after another, took the goods away overnight, and even a serious accident occurred in a hurry. A little brother who carried goods died due to the accident.

The reason why this will not become the "cold winter" of Huaqiangbei is that it has experienced several rebirth in the past 30 years.

Until today, Huaqiangbei has always been the center of the city and has always occupied the C position of Chinese commerce.


The story of Hua qiangbei has to start in 1979.
In 1979, Guangdong north Arsenal moved to Shenzhen and was named Huaqiang, which means "China is strong". A road near the factory is called Huaqiang road in the name of the company, and the name of Huaqiang North is generated. 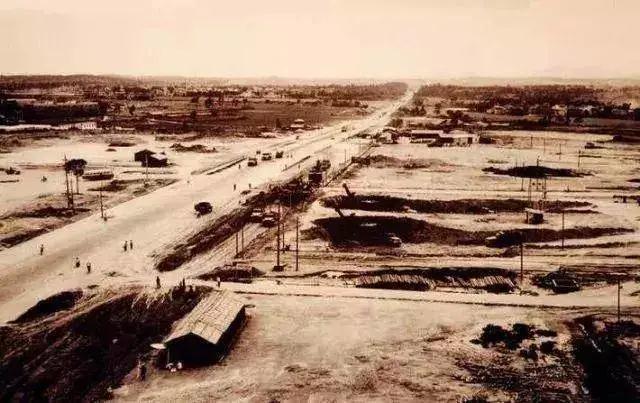 ▲ Shenzhen Huaqiangbei in the 1980s

At the beginning, the development of national defense industry and electronic industry was the main theme of Shenzhen.Once born, the blood of electronics and technology began to flow in Huaqiang North.

In the early days of Huaqiangbei, many people with dreams of Shenzhen and wealth flocked to Huaqiangbei,It is these few people who are prescient and dare to eat crabs who rise to the tide and create wealth myths.

In 1985, the establishment of Shenzhen Electronics Group company laid the foundation for Huaqiangbei to become the center of electronic components.

In March 1988, a small half of the first floor of SEG industrial development building was separated and became a 1400 square meter SEG electronic supporting market. 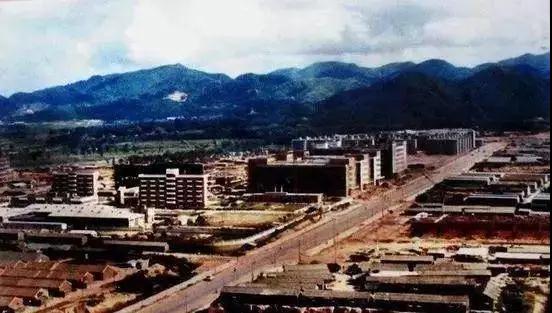 ▲ Huaqiangbei in its embryonic form

Although people are used to defining Huaqiangbei with "electronic market", in fact, Huaqiangbei has formed a diversified business district in the 1990s.

The comprehensive upgrading from industrial area to commercial area has not only enabled Huaqiangbei to realize the rapid deduction from the original accumulation to the first transformation,  It also enables Huaqiangbei to turn the crisis into safety and gain a new life in the historical crisis of eliminating backward production capacity. 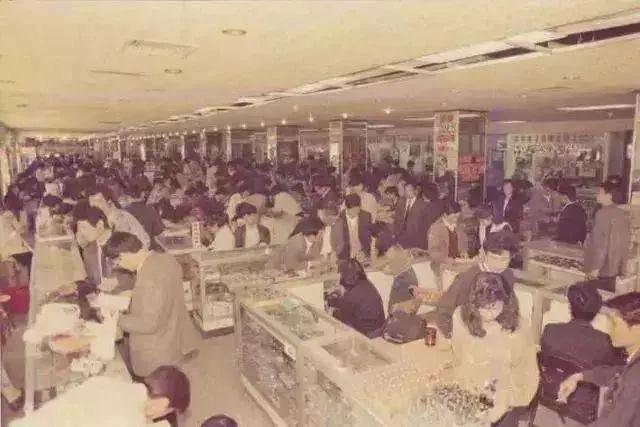 ▲ the "one meter counter" in the 1980s
Huaqiangbei after rebirth,  be based on  Shenzhen has become the earliest mobile phone market in China due to its proximity to Hong Kong and port advantages  It has become fertile ground for grass-roots counter attack.


Once, the legend of "50 billionaires came out of the one meter counter" spread in Huaqiangbei. In the eyes of Shenzhen people at that time, as soon as they stepped into Huaqiangbei, they could hear the sound of counting money.

Businessman Xie Jiapeng realized financial freedom at the age of 19. Speaking of the specific income at that time, Xie Jiapeng, who made soft money, said, "I don't have any impression." I only remember that at that time, he needed to pack the cash income of four stores in cartons every day, then concentrate it into a big box, pull it to the Bank of China at the door with a board car to deposit money, and a single transaction was more than 100000 yuan a day.

Simple, rough and efficient, this is a typical Huaqiangbei entrepreneurial model.Nan Zhaoxu, a publisher known as "Shenzhen humanist", said that Hua qiangbei represents the endless pursuit of happiness, wealth and career by tens of millions of citizens in Shenzhen, a city of immigrants, and the respect and observance of the survival law of the fittest by natural selection. 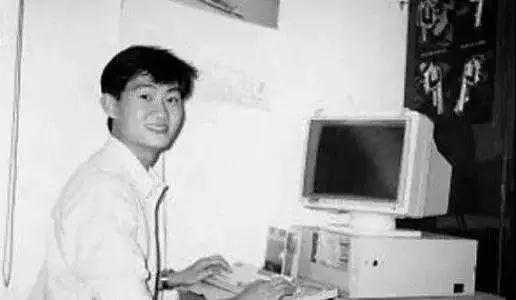 ▲In 1998, Ma Huateng started his business in Huaqiangbei.

The chaos of barbaric growth was hidden under the prosperous market, which was Huaqiangbei at that time. At first, people did not realize that Huaqiangbei was about to usher in a disaster.

Before 2003, Huaqiangbei people could make radios and MP3, but it was difficult to make mobile phones. However, this technical barrier was soon broken by an enterprise in Taiwan.In 2003, MediaTek launched the first single-chip mobile phone solution, which greatly reduced the production threshold and cost of mobile phones, and gave birth to countless small-scale mobile phone manufacturers in Shenzhen。

With a complete electronic industry chain, Huaqiangbei has ushered in its craziest era. Parallel goods from Hong Kong and local fake goods have gradually become the most popular gadgets. 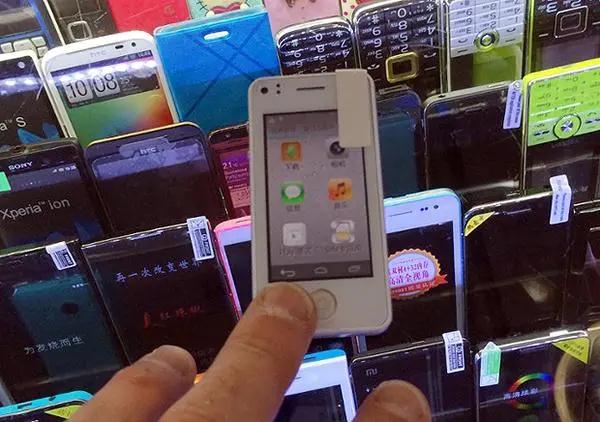 Many manufacturers of imitation products dare not sign place names on their mobile phones. They can only print the letters "SZ", and over time they call them "Shanzhai".

Every 3 & middot; It will be investigated, which has become an unspoken secret of Huaqiangbei people.In 2011, Huaqiangbei ushered in an unprecedented "sweeping".

Brother Qiang, who lives in Shenzhen Huaqiang North Sangda Yayuan, still remembers the "mobile phone rain" ten years ago. At about 12 noon that day, many people were about to go out for dinner. Suddenly, mobile phones fell from the sky. Many mobile phones rushed to the ground. Some smashed the cars parked downstairs. Even the aluminum alloy railings on the sidewalk were hit out of the pit, and the ground was full of red debris. 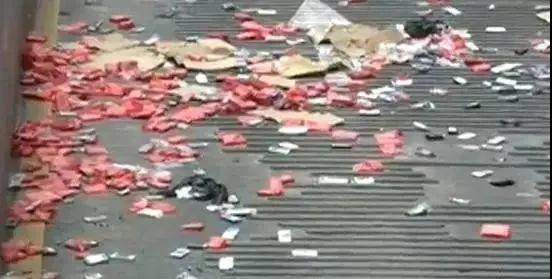 A popular video spread on the Internet: a ragged tramp walking around the streets of Huaqiang North.

People call him "Little Prince of mobile phone", his real name is Chen Jinling. At the age of 16, he came to Huaqiangbei with his relatives. Taking advantage of his business talent and bold investment, he endorsed a Shanzhai mobile phone and made billions in three years. However, due to the copyright problem, his fate has changed sharply. Seizure, fines and imprisonment followed.

No one knowsIs he really crazy or fake crazy. Just give him a cigarette and he begins to circle the magic of love.

It is said that when he was most proud, he often went to disco to drink and dance with his friends. And his favorite dance step is turning.

When the subway was closed in 2012, people more intuitively felt the decline of Huaqiangbei. After four years of street closure, people seem to forget its appearance, and only occasionally see its recent situation in news reports.

In 2015, Lin Weidong, then director of Huaqiangbei Office of Futian branch of Shenzhen market supervision and Administration Bureau, introduced in an interview with the media that the rental rate of shopping malls under the jurisdiction of Huaqiangbei has been declining in recent years, with the lowest rate of only 30%, and none of the shopping malls has a rental rate of 100%. 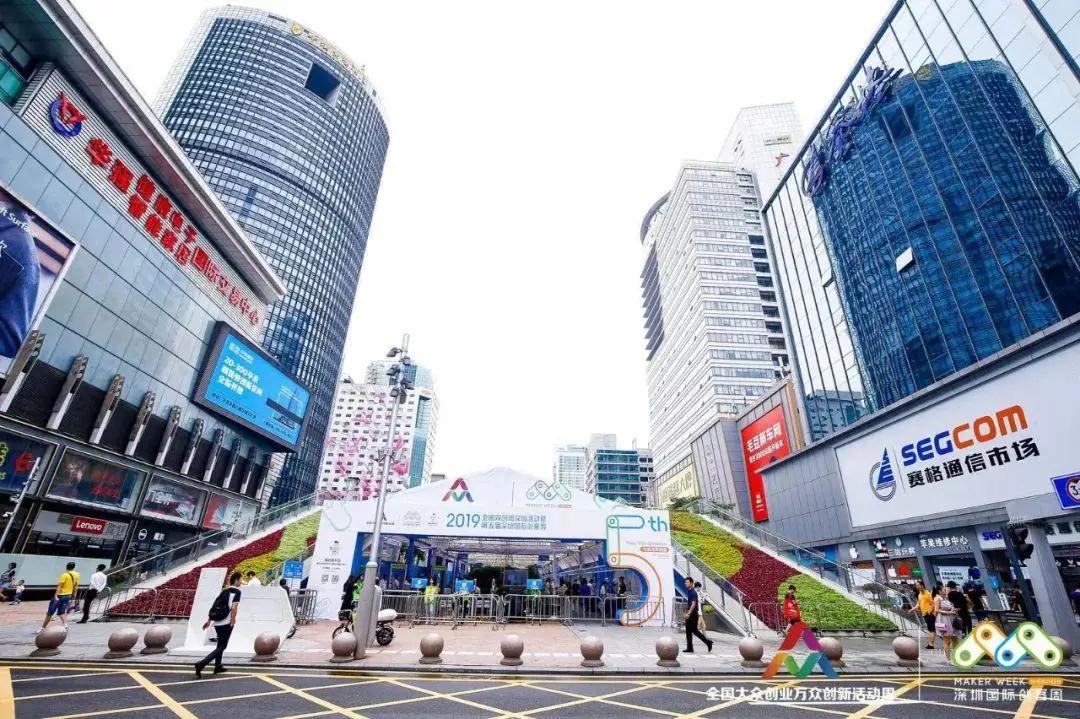 ▲ Huaqiang Beifeng street was reconstructed and reopened in 2017.

It was not until early 2017 that the baffle of Huaqiang Beifeng street reconstruction was removed that it completed its third post robbery rebirth.

On the one hand, after the completion of the subway construction, the government intends to transform Huaqiangbei from a traditional stall type operation to a large-scale store, reversing the image of Shanzhai as the display of brand stores; On the other hand, for Huaqiangbei's flexible electronic industry supply chain, business owners also hope to bring help to today's maker group.

Therefore, in these four years, makers at home and abroad have gradually camped in Huaqiangbei. More than 100 international maker teams have come to Huaqiangbei to turn their ideas into products, then finance on financing platforms in the United States, Europe and East Asia, and then return to Shenzhen for industrial production.

Once the largest electronic components trading center and mobile phone trading center in Asia, it is still alive, but the era when heroes did not ask the source and grew savagely no longer exists. 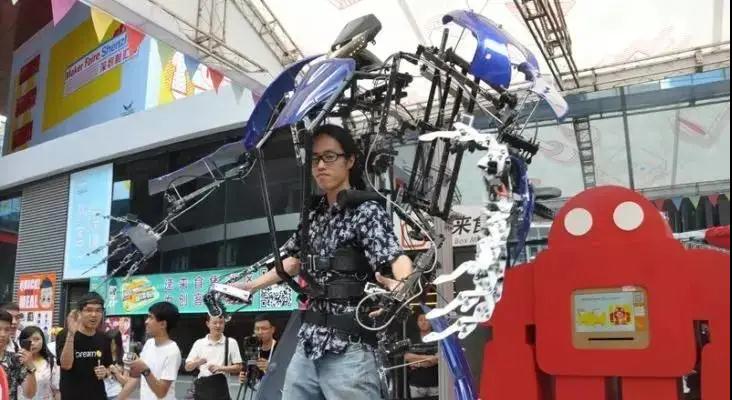 Synchronized with the heat wave of global makers, Huaqiangbei's transformation is developing in an unexpected direction again. At that time, no one thought that "hard core" Huaqiangbei has now become a "beauty Holy Land".

Many shopkeepers of Mingtong cosmetics market have been in Huaqiangbei for more than 20 years and have made mobile phones for more than 20 years. Mobile phones can't make much money now. They began to change careers in beauty makeup in the past two years.    The core of the rise of beauty makeup is the channel, and the key is the volume. Not only are there many stalls, but the sales volume of a single store is also very high. Huaqiangbei's beauty market still wins by price. There is a large space to lower the price in terms of procurement, transportation and taxes. In this way, basically, you can buy two or more pieces at the price of one piece on the official website. The previously cold "straight man" electronic market is now "feminine"! 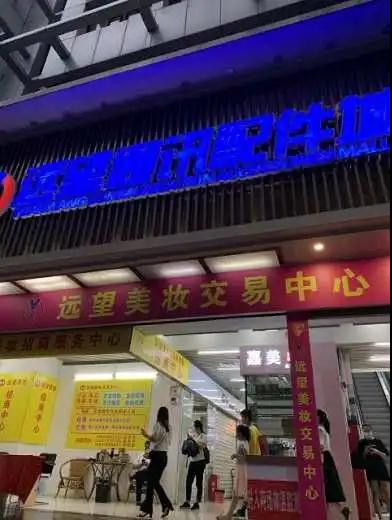 From the first street of China Electronics to the famous imported beauty market in China, from selling fake machines to original technology brands, Huaqiangbei has been transforming rather than evolving.

For 40 years, Huaqiangbei has always faced various variables with a positive attitude. Its original jungle law, free market spirit and courage to be the first in the worldHuaqiangbei's gene is so deeply embedded in the soul of Shenzhen.

Disclaimer: This article comes from the InternetReprint, support the protection of intellectual property rights, reprint please indicate the original source and author, if there is infringement, please contact us for deletion.

Prev：How to select Beidou communication antenna? What kind of antenna is a good antenna?
Next：What should we pay attention to when selecting Beidou GPS antenna?