Recently, Sanan Integrated has obtained an order for surface acoustic wave (SAW) filters from the world-renowned mobile phone foundry, Fuzhikang Group, marking a comprehensive breakthrough in Sanan Integrated's filter business in module customers and mobile phone manufacturers. Since the fourth quarter of last year, Sanan's integrated SAW and TC-SAW filter shipments have risen rapidly, from quarterly shipments of 10kk to the second quarter of this year to more than 10kk per month. As mobile phone terminal manufacturers also begin to adopt Sanan filter products, more mobile phone models will achieve comprehensive "Sanan Inside" in the RF front-end components in the future.

It is reported that this cooperation plan with Fuzhikang Group covers 2 Nokia models and 3 operators, a total of 5 4G models. Fuzhikang Group provides mobile phone products to many countries and regions around the world, covering the world's mainstream LTE frequency bands. With the gradual project design-in of its product line, the two parties are expected to continue in-depth cooperation. As of the publication date, Sanan integrated filter products have actively developed 41 customers, of which 17 mobile phone and communication module customers, such as Fuzhikang, Hezhou, Tianlong, etc., have successfully introduced Sanan products; including Guanghetong 24 potential customers have entered the product verification stage and will become official customers in the near future. Sanan Integrated said, "Unlike other newly established filter companies, Sanan prioritizes the development of difficult temperature-compensated filters. High-quality and high-performance products are one of the reasons why we can quickly introduce them to customers."

1. SAW filters enter the early stage of the industry outbreak, and vertical integration can only come first

In the RF front-end module (FEM), the filter plays a vital role. In addition to supporting the 5G frequency band, the 5G mobile phone RF front-end also needs to be compatible with 4G/3G/2G modes. Each RF channel needs a filter. Compared with 4G mobile phones, the number of filters in the 5G mobile phone RF front-end has increased from 30-50. to 70-100. It is precisely because of this market prospect that in recent years, a number of SAW filter design and manufacturing enterprises have emerged in China. SAW filters use the electromechanical coupling effect of piezoelectric materials to filter out noise, which means that the demand for high-quality piezoelectric substrate materials in the Chinese market will also increase day by day.

At present, the global annual demand for more than 50 billion SAW devices, 90% of which use lithium tantalate and lithium niobate piezoelectric materials. Shin-Etsu Chemical, Sumitomo Metal Industries and other companies have been occupying high-end lithium niobate and lithium tantalate substrates for many years. more than 95% share. Jingan Optoelectronics, a wholly-owned subsidiary of Sanan Optoelectronics (600703.SH), put into operation in 2016 ultra-thin, ultra-flat high-quality 4-inch lithium tantalate substrates, which have been widely used and verified in Sanan integrated filter products , to provide high-quality and stable supply for the vertical integration of Sanan Integrated and the whole industry. 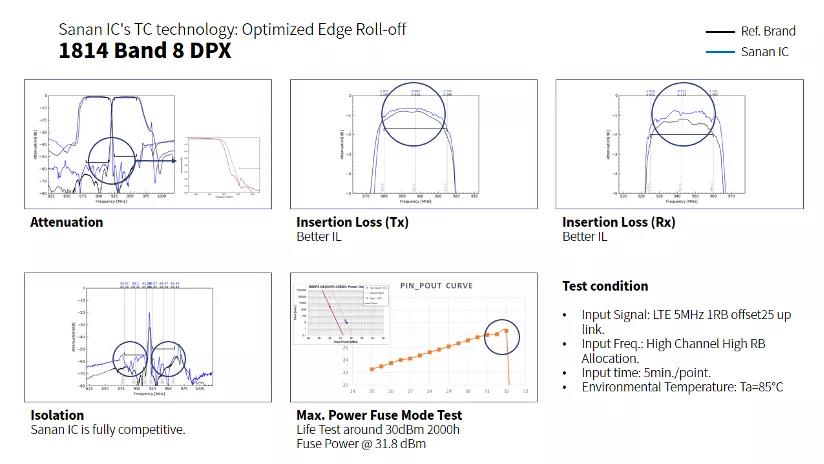 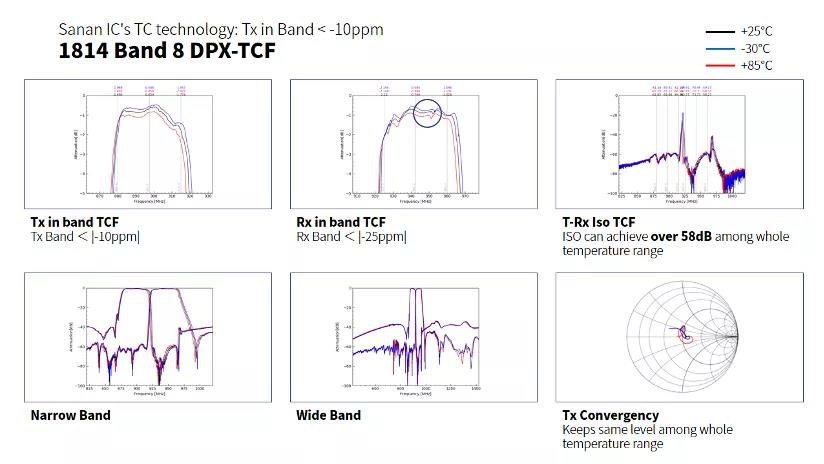 3. One-stop foundry platform for RF front-end solutions to promote the coordinated development of the industry

Modularization, integration and miniaturization will become irreversible design trends in the RF front-end industry. The world's top five RF front-end manufacturers can provide integrated solutions for RF power amplifiers, PAs and filters, but with the impact of the COVID-19 epidemic, the current weak links in the global semiconductor industry chain are exposed, and their delivery capabilities are being greatly tested.

Sanan Integrated said, "Based on years of experience in the compound semiconductor industry, Sanan has always positioned itself as a vertically integrated large-scale manufacturing platform, capable of providing customers with filter devices, GaAs wafer foundry, and advanced packaging and testing. The one-stop service solution not only guarantees the delivery capacity, but also optimizes the production efficiency of customers between the fab and packaging factory, and accelerates the product iteration speed of Sanan's customer group." Sanan Integrated's filter manufacturing base in Nan'an, Quanzhou has been put into mass production. By the end of 2021, the production capacity will exceed 100 million per month.

The origin of GPS navigation and positioning system

GPS (Global Positioning System) is the global positioning system. It is a satellite navigation and positioning system developed by the United States. Today, the wgs84 coordinate system is used. Because the position of the earth in the celestial space is unstable, the protocol uses the north pole of wgs84 at a certain moment to point to the position.

Introduction to GPS
GPS is the abbreviation of the English Global Positioning System (Global Positioning System). GPS started as a project of the US military in 1958 and entered service in 1964. In the 1970s, the US Army, Navy and Air Force jointly developed a new generation of satellite positioning system GPS. The main purpose is to provide real-time, all-weather and global navigation services for the three major areas of land, sea and air, and for some military purposes such as intelligence collection, nuclear explosion monitoring and emergency communications. After more than 20 years of research and experiments, it cost 30 billion US dollars. , 24 GPS satellite constellations with global coverage as high as 98% have been deployed. GPS has another meaning in the mechanical field: Geometrical Product Specifications - GPS for short. Another interpretation is G/s (GB per s)

The predecessor of the GPS system is a kind of Meridian satellite positioning system (Transit) developed by the US military. It was developed in 1958 and officially put into use in 1964. The system works with a star network of 5 to 6 satellites, circumnavigates the Earth up to 13 times a day, and cannot give altitude information and is not satisfactory in terms of positioning accuracy. However, the Meridian system enabled the R&D department to gain initial experience in satellite positioning, and verified the feasibility of positioning by the satellite system, paving the way for the development of the GPS system. Because satellite positioning has shown great advantages in navigation and the meridian system has a huge defect in the navigation of submarines and ships. The U.S. Navy, Army, Air Force, and civilian sector all feel the urgent need for a new satellite navigation system.

To this end, the U.S. Naval Research Laboratory (NRL) proposed a global positioning network plan called Tinmation with 12 to 18 satellites at an altitude of 10,000 km, and launched a test satellite in 1967, 1969 and 1974. The atomic clock timing system, which is the basis for precise positioning of the GPS system, was initially tested on these satellites. The U.S. Air Force proposed the 621-B plan to form 3 to 4 constellations with 4 to 5 satellites per constellation. Except for 1 of these satellites, the rest use inclined orbits with a period of 24 hours. The plan broadcasts satellite ranging signals based on pseudo-random codes (PRNs), which are powerful enough to detect when the signal density is less than 1% of the ambient noise. The successful application of pseudo-random code is an important basis for the success of GPS system. The Navy's plan is mainly for low-dynamic 2D positioning of ships, and the Air Force's plan is for high-dynamic services, but the system is too complex. Since the simultaneous development of two systems will cause huge costs and both programs are designed to provide global positioning, the US Department of Defense combined the two into one in 1973, and the satellite navigation and positioning joint led by the Department of Defense Under the leadership of the Planning Office (JPO), the office will also be set up in the Air Force Space Office in Los Angeles. The agency has a large membership, including representatives from the U.S. Army, Navy, Marine Corps, Department of Transportation, Defense Cartography Agency, NATO, and Australia.


After decades of development, the US GPS system is currently one of the best navigation and positioning systems in the world. my country's Beidou (beidou System) system development followed closely, together with Russia's GLONASS system and Europe's Galileo system and known as the world's four major navigation systems.


The content comes from the Internet/CSC compound semiconductor. This website only provides reprints. The opinions, positions, technologies, etc. of this article have nothing to do with this website. If there is any infringement, please contact us to delete it!