Is the Beidou system fierce? Let's learn how it scares America

In 1993, China's Yinhe freighter set out from Tianjin to the Middle East. At that time, China did not develop a satellite positioning system. The GPS of the United States was used on the ocean freighter. When the freighter sailed to the 16th day, the United States suddenly cut off the GPS of the Yinhe freighter without China's consent, which directly led to the loss of the Yinhe freighter, Unable to continue sailing, heavy losses. Moreover, in 1996, in response to the wanton provocation of the west at that time, China wanted to show China's military capability through missile exercises. It never thought that after the first missile hit the target, the U.S. military suddenly interfered with it with GPS, and the second and third missiles launched next disappeared without reason. Under the repeated humiliation of the United States, China realized that there was no shared technology in the world, and the core technology could not be bought or begged. At this time, we are determined to make satellite navigation, and we must work it out. 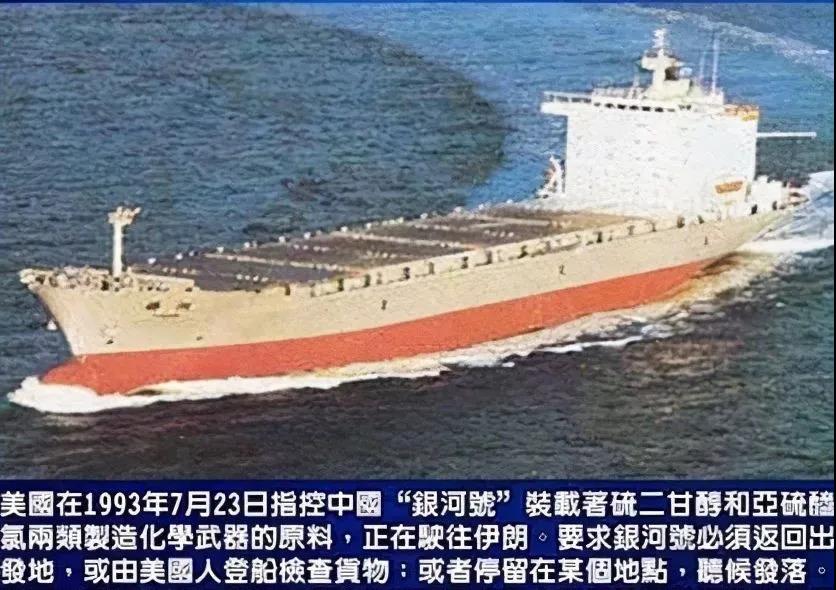 It is not easy to develop our own navigation system. At that time, China was almost a blank in this field, and the blockade of foreign technology made China's R & D difficult, but China still saw a glimmer of dawn. At that time, the development of Galileo navigation system in Europe stagnated due to insufficient funds. Therefore, China has invested huge funds in joint research and development with the European community, but western countries are cunning foxes. After China invested funds, the European community did not intend to let China participate in R & D, and the United States blocked it, which dashed the only glimmer of dawn. Now there is no last shortcut in China. Since it is blocked, we will do it ourselves.

Let's take a look at the development of China's Beidou system.

In 1994, China launched the Beidou-1 project for test and exploration.

In 2000, the first Beidou navigation test satellite was launched.

In 2007, the first Beidou navigation satellite was launched from Xichang Satellite Launch Center and successfully entered the predetermined orbit. 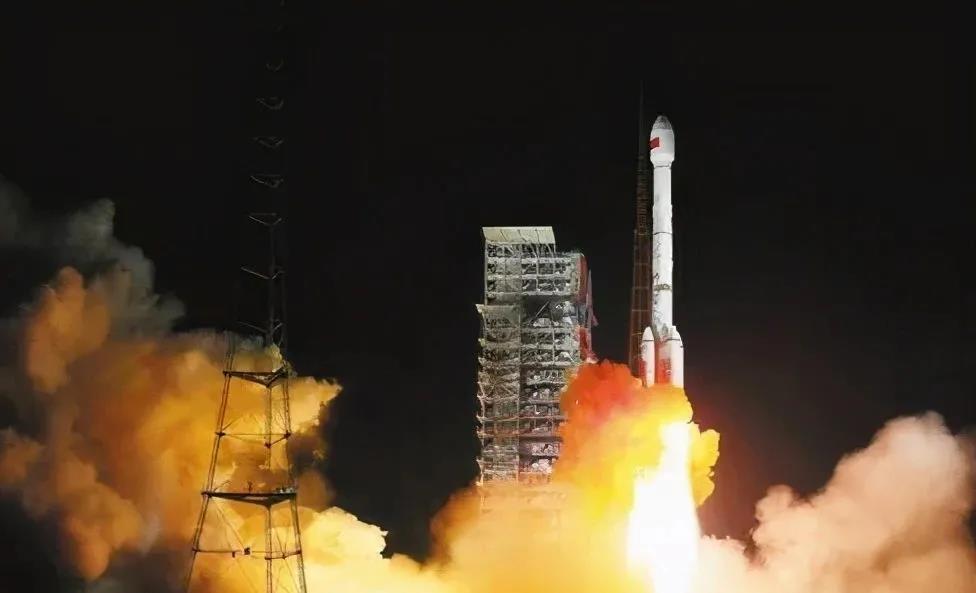 In 2009, the construction of Beidou No. 3 project was officially started.

In 2012, the 14 star beidou-2 satellite navigation system was completed and officially put into operation.

In 2016, the beidou-2 satellite project won the national special prize for scientific and technological progress.

In 2018, the construction of Beidou 3 basic system has been completed.

In June 2020, the last global networking satellite of Beidou 3 was launched.

In July 2020, China's beidou-3 global satellite navigation system was officially opened in the Great Hall of the people. 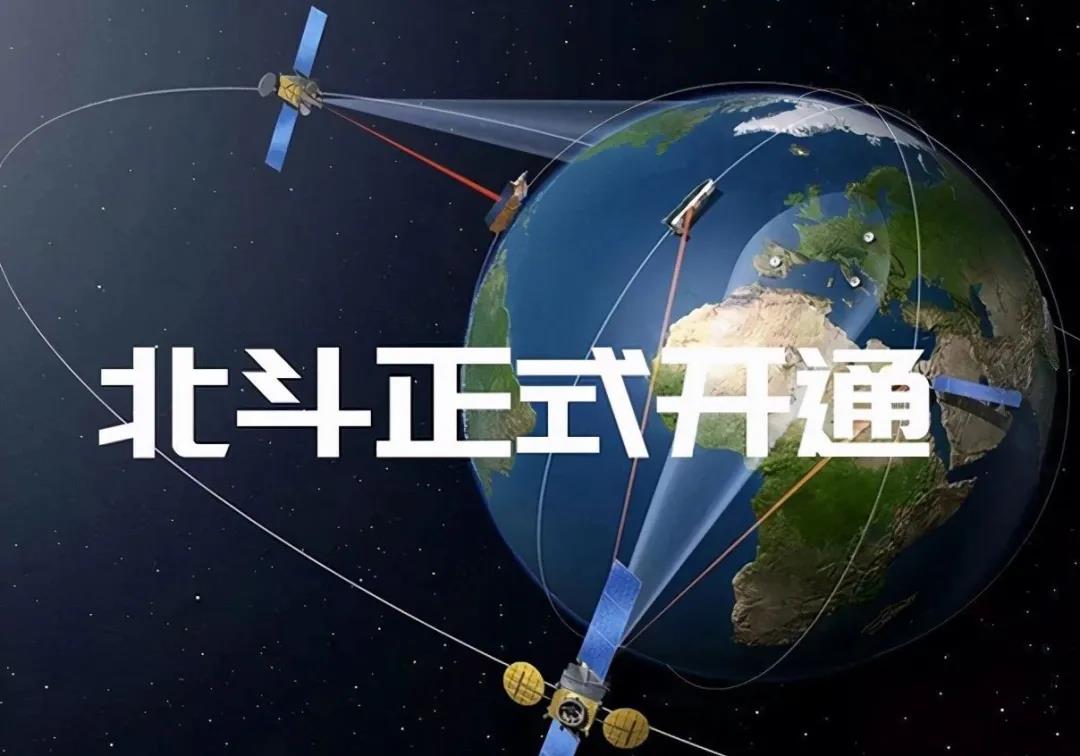 The three-step strategic deployment of China's Beidou can be said to be the Chinese speed created by all Beidou people with united efforts, which has made Beidou move from the region to the world. With the late development advantage of China's long-term accumulation of aerospace technology and the development of navigation system technology, China has adopted a set of ideas that are completely different from any other navigation system. Multi orbit, multi frequency, short message and inter satellite link communication are not enough. What others say is our Beidou satellite system.

Multi orbit. At present, the GPS of the United States, GLONASS of Russia and Galileo positioning system of the European Union all use the medium circular satellite orbit about 20000 kilometers away from the ground, while Beidou is the only constellation with three kinds of orbit matching, especially the 21500 km medium circular orbit, 35800 km high geostationary orbit and geosynchronous orbit, which maintain an inclination of about 55 degrees at the same time, The advantage of this multi orbit design and special inclination is that the Beidou satellite positioning receiver can receive at least four satellite signals. As the main constellation, the orbiting medium circular orbit satellite, which happens to circle the earth, has an orbit period of about 12 hours, so that it can maintain stable coverage of any point in the world at any time, More than six stars can be observed anywhere. The 55 degree inclination design also increases the coverage of the densely populated low latitude region of the earth, and the orbital cycle of high orbit satellites is completely synchronized with the 24-hour cycle of the earth's rotation. Compared with the ground, the motion and projection trajectory of fixed period always stay in the Asia Pacific region and delay to the symmetrical region, with strong anti occlusion ability. Therefore, China's Beidou can almost permanently keep at least 12 satellites visible in the Asia Pacific region, greatly improving the positioning accuracy of the region. With the enhanced base station built on the ground, it is also realistic to realize decimeter and even centimeter positioning.

Multi frequency, in space, there is an ionosphere that can affect the propagation of electromagnetic waves, which will affect the accuracy of satellite positioning, so it must be eliminated. The ionospheric interference is related to the satellite signal frequency, so at least dual frequency signals should be used to construct the ionospheric delay correction model to remove this part of the interference factors to the greatest extent, so as to accurately improve the accuracy of satellite positioning. China's Beidou directly adopts the three frequency signal, which can not only build a more complex correction model and eliminate the high-order influence, but also increase the modulation options of different signals in the three frequency bands, greatly improve the anti-interference ability and improve the reliability of positioning. It is also of great benefit to solve the carrier bit ambiguity, which is the core of centimeter level and even millimeter level positioning. For this reason, in recent years, GPS, which originally used dual frequency signal, is also being expanded to three frequency system. It can be seen that the late development advantage of Beidou is self-evident.

Short message system, our Beidou also has a unique skill. In short, the short message system realizes two-way communication between heaven and earth through satellites. The other three systems do not have two-way communication between the receiver and the satellite, but only one-way reception. China's Beidou can send exclusive messages to the receiver with this authorized service. Without any equipment signal, it can call the high orbit Beidou satellite to interact with the ground in time, providing great convenience in field search and rescue and emergency disaster relief, The significance of military action can not be described.

For inter satellite link communication, the navigation satellite system needs to be maintained for a long time, which means that many ancillary parts such as ground monitoring stations, master control stations and injection stations are required. For the global navigation and positioning system, the location distribution of these stations also has requirements, but this will further increase the system operation cost. For example, GPS has five monitoring stations, one master control station and three injection stations, which are almost evenly distributed in U.S. territory or military bases around the world, and the annual cost is very high. For Beidou, there are not only the problems of global station construction security, but also the problems of operation cost. It is necessary to maximize its own advantages. The satellite constellation with high and medium orbit enables them to communicate with each other and are no longer isolated from each other, which means that Beidou only needs to realize the main control, monitoring and injection in China, and high orbit satellites can realize the inter satellite link of other satellites in the system. In addition, the inter satellite link itself can also be used for ranging, which is of great benefit to improve the orbit accuracy of the constellation. Self communication within the system can also greatly enhance the overall anti-interference ability.

So the problem comes. Many people have a question. Our Beidou system is so powerful. Why are we still using American GPS. Realistically speaking, although our Beidou has the advantage of late development, it does not mean that it can achieve late development in the short term. Once the satellite navigation system is completed, it needs to maintain sustained investment in the long term. The most effective way is military civilian integration and make profits from the civilian market. After decades of layout and large-scale application, GPS has an obvious leading advantage in the civil market and is still in the absolute leading position. The larger the scale, the lower the service price will be. However, due to the increase of scale effect, the total revenue will further promote the construction of a better system and further monopolize it. This is also the fundamental factor why the original military GPS system is thriving and even making rapid iterative progress. According to the estimation of the European Global Positioning Research Center, around 2025, the demand for satellite navigation and positioning equipment worldwide will exceed 9.2 billion, and the annual output value will even exceed 268 billion euros. This is a massive market, among which the growth rate of the Asia Pacific market is superior to that of the world, with an annual growth rate of more than 40%, far exceeding that of Europe and the United States by about 10% to 20%. For Beidou, this is the golden period of development, but its biggest competitor is still the GPS system. At the same time, in the face of the revival of the Russian GLONASS system and the European Galileo system, which is also rapidly networking, Beidou can only be faster. It is not too much to compare this year to the decisive year of the four navigation systems. There are massive markets in China and the Asia Pacific. Rapidly occupying this civil market is the core challenge leading to the long-term and healthy development of the system. I believe that with the rapid development of the world, China's Beidou will shine on the dome one day.

The content comes from the network/Entertainment, this website only provides reprint. The views, positions and technologies of this article have nothing to do with this website. If there is infringement, please contact us to delete it!

Prev：USB Type-C 240W: Lead the future of power!
Next：As long as China's Beidou system is paralyzed, the army will lose its combat effectiveness? Experts have solved it long ago