1. Background of the program

In 2015, based on the Internet brain model, the definition of the urban brain was first proposed. In 2016, Hangzhou started the world's first urban brain construction plan. In 2020, driven by rounds of technological waves such as 5G, big data, artificial intelligence, blockchain and new infrastructure, the "urban brain" has become a new hot spot in urban construction and cutting-edge technology.


The Urban Brain follows the construction principles of people-oriented, overall planning and economy, innovation-led, combination of peace and war, safe and controllable, serves the society with science and technology, drives development with innovation, and brings new momentum to the transformation and upgrading of urban intelligence.


Adhere to co-ordination and intensive:

Fully integrate and utilize the existing information infrastructure and data resource system, maximize the role of existing resources, and reduce duplication of construction.


Adhere to innovation and leadership:

Combined with the current situation of urban development, explore new technologies, new models and new mechanisms, innovate new models of urban governance and operation, and meet the needs of the government, enterprises and citizens.


Adhere to the combination of peace and war:

Focusing on "usual use in peacetime and usefulness in wartime", it achieves the combination of peacetime and wartime, unified dispatch and emergency linkage, and realizes comprehensive awareness of urban situations, timely elimination of hidden dangers, real-time problem disposal and forward-looking insights into trends.

Adhere to safety and control: 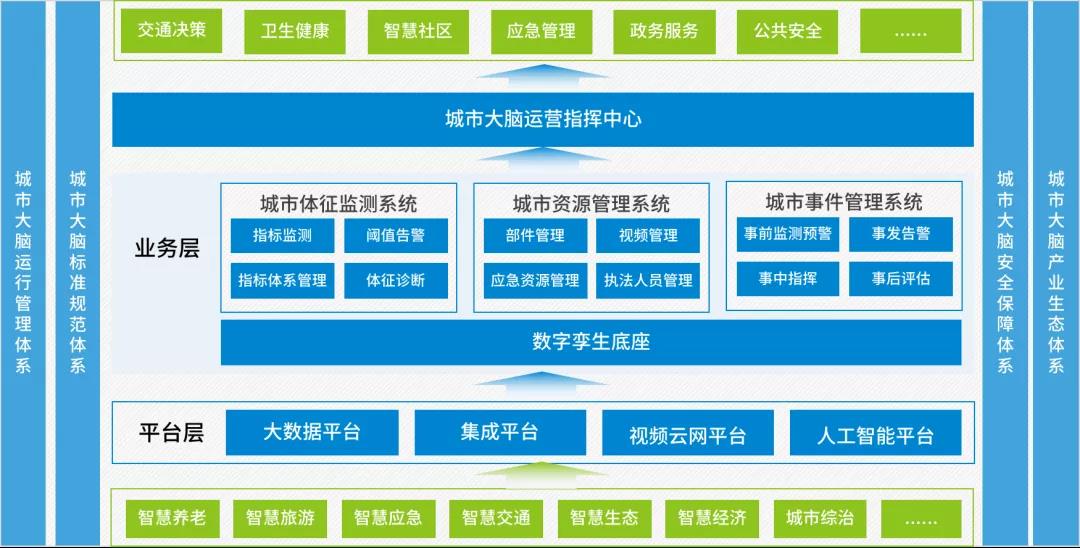 The overall architecture of the city brain 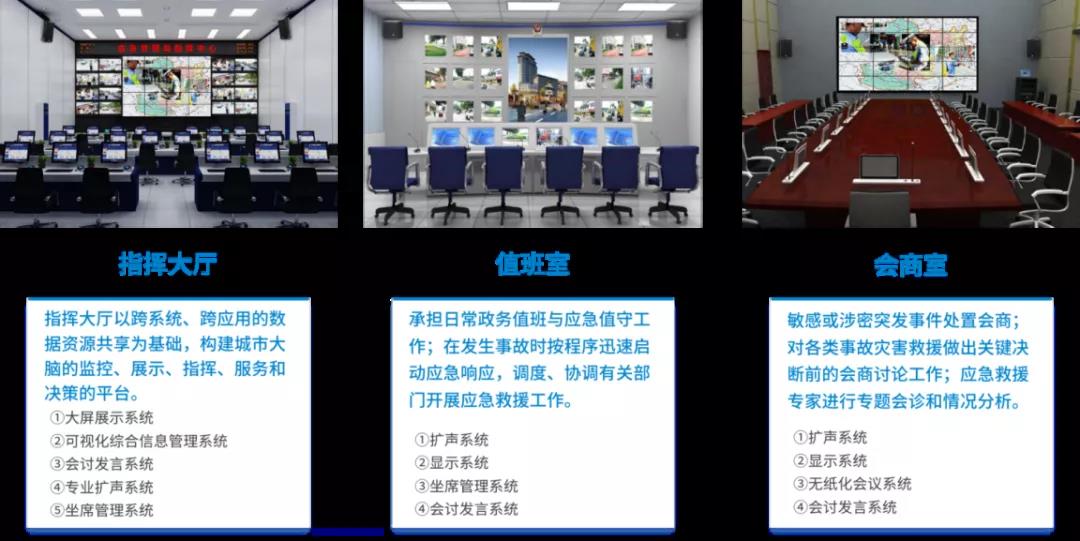 Reporting center: The city brain command center can assume the responsibility of the reporting center in the daily work of the government. It can be used for government special reports, leadership decision-making meetings, etc., and it is the embodiment of the city's comprehensive strength. 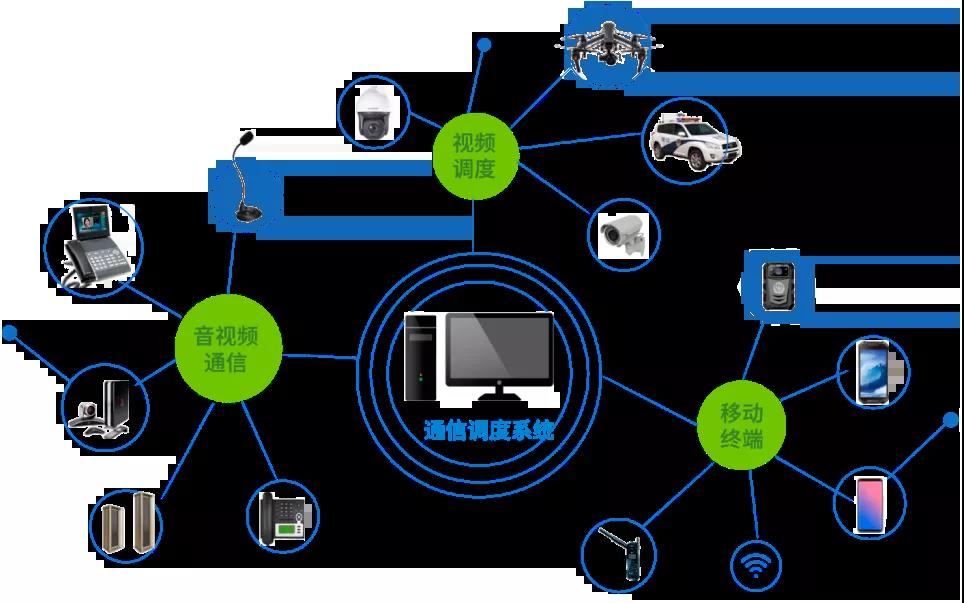 By recreating a "virtual city" in the digital space, the digital twin base forms a new form of coexistence and integration between the physical world of the city in the physical dimension and the virtual world of the city in the information dimension. digitization of all elements, such as things, things, events, etc., to promote smart city resource management.

The city brain artificial intelligence platform is based on the video source connected to the video cloud network platform, empowers video analysis with AI capabilities, provides the city brain with the basic ability to judge, early warning, and assist decision-making, enhance the city brain's perception ability, continuously monitor the city's security situation, and do Real-time access to event alarms.

Police resource management: Based on the system linkage between handheld terminals such as police personnel and grid personnel and the city brain platform, real-time interaction between front-line inspections and background management is realized, and functions such as real-time viewing of personnel distribution, video viewing of law enforcement recorders, and remote communication can improve the Inspection efficiency and accuracy. 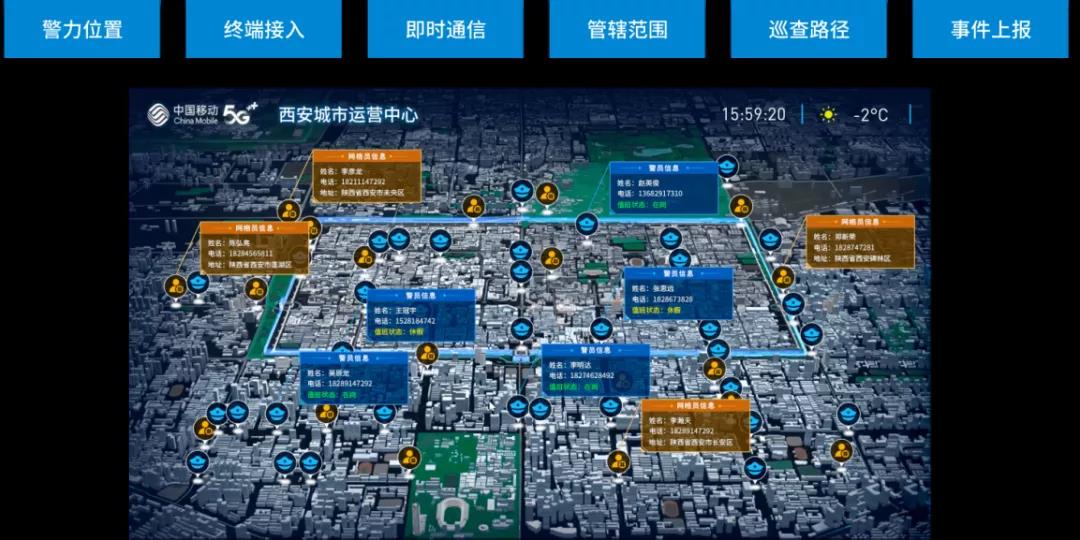 Through the construction of the urban brain, the interconnection of urban data is realized, the problems of urban management are discovered through data mining, and the monitoring, prediction and early warning of possible hidden dangers are carried out, and the comprehensive management of the city is realized.

Aiming at the problem of weak multi-party data integration in urban management, a multi-channel and multi-method data collection mechanism is established, and the city is all-round, full-time, and refined through grid system, city component perception, video surveillance, personnel reporting and other methods. ecological management system.

In response to the slow response of early warning linkage in urban management, establish a four-level cross-department, cross-level, and cross-regional linkage mechanism at the city, district, township (street), and village (community) levels, focusing on community prevention and control, and develop a refined network Grid governance, to achieve grid-based, carpet-style, comprehensive management of the whole life cycle, and the ability to respond quickly and efficiently.

Aiming at the difficulty of cross-departmental information sharing in government affairs management, based on the OnCity big data platform at the bottom of the city brain, a cross-departmental and cross-industry information sharing mechanism and data catalog are established to realize the interconnection, sharing, openness, security and credibility of urban data resources. Solve the problem of urban data silos.

In response to the problem of low utilization of urban public safety information, the city brain has built a video cloud network platform to integrate monitoring resources in urban management, public security, transportation, security and other fields to achieve global coverage of urban video resources, sharing of the entire network, controllable and comprehensive intelligence throughout the entire process.

Aiming at the weak intelligence capability in the field of public safety, the real-time monitoring and analysis technology of the city brain artificial intelligence platform improves the city's early warning and handling capabilities in social security, production safety, natural disasters and other scenarios, and realizes the city brain command center and public security command center. connectivity and data sharing.

In response to the problem of untimely response to urban emergencies, the urban brain has built a functional system for emergency management of public emergencies, and has comprehensive access to real-time dynamic data such as emergency response, grid, transportation, telecommunications, monitoring, community, and urban operations to form a peace-to-war situation. Combined, rapid response emergency management capabilities.

3. Advantages of the program

The digital twin city in China Mobile's integrated city brain solution adopts cloud rendering technology, integrates the advantages of UE4 and Unity engines, and uses plug-ins and nodes to render the large urban scene model in the cloud and display it locally in the form of video streaming. This way of separating the display ability and rendering ability of the client program gets rid of the hardware limitations of the terminal device, allowing customers to get the ultimate rendering at any time, any place, and any device. At the same time, based on the advantages of mobile 5G, real-time interaction between the client and the rendering end is realized, bringing users a smoother experience.

The new urban operation center project is based on the urban characteristics of the new urban area. By building data analysis, video AI algorithms, geographic information services, integrated communications and other capabilities, it realizes urban sign monitoring, indicator early warning, event early warning, joint command and auxiliary decision-making. The project adopts the inclined model to restore the real scene of the new urban area, and provides a new way for the refined management of the new urban area. During the epidemic prevention and control period, the living area can be quickly located according to the personnel information, so as to prevent the spread of the epidemic. The artificial intelligence platform gives algorithm capabilities to various surveillance video points in the new urban area. There are tens of thousands of cameras in the new urban area. If all of them are replaced with intelligent AI cameras, hundreds of millions of dollars will be invested. However, the artificial intelligence platform built by the smart city operation center can realize The AI empowerment of video, while reducing labor costs and workload, greatly reduces the cost of video probe upgrades. 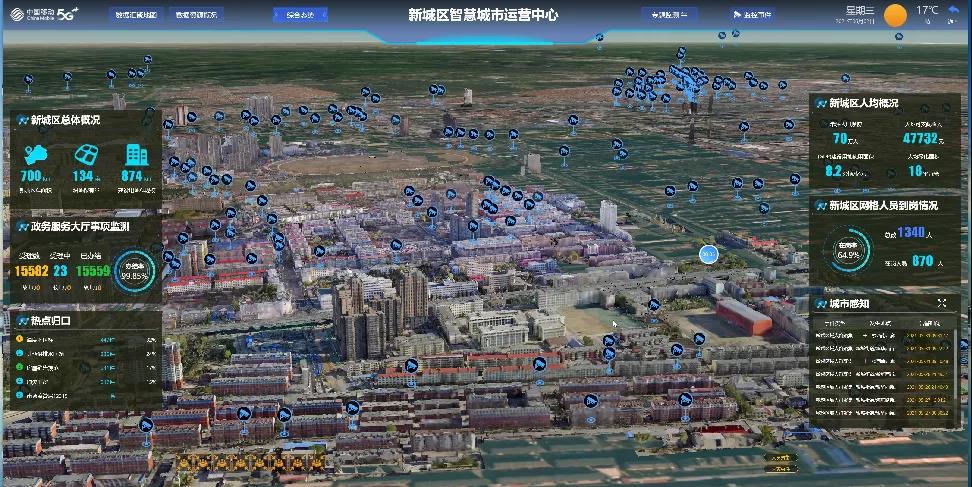 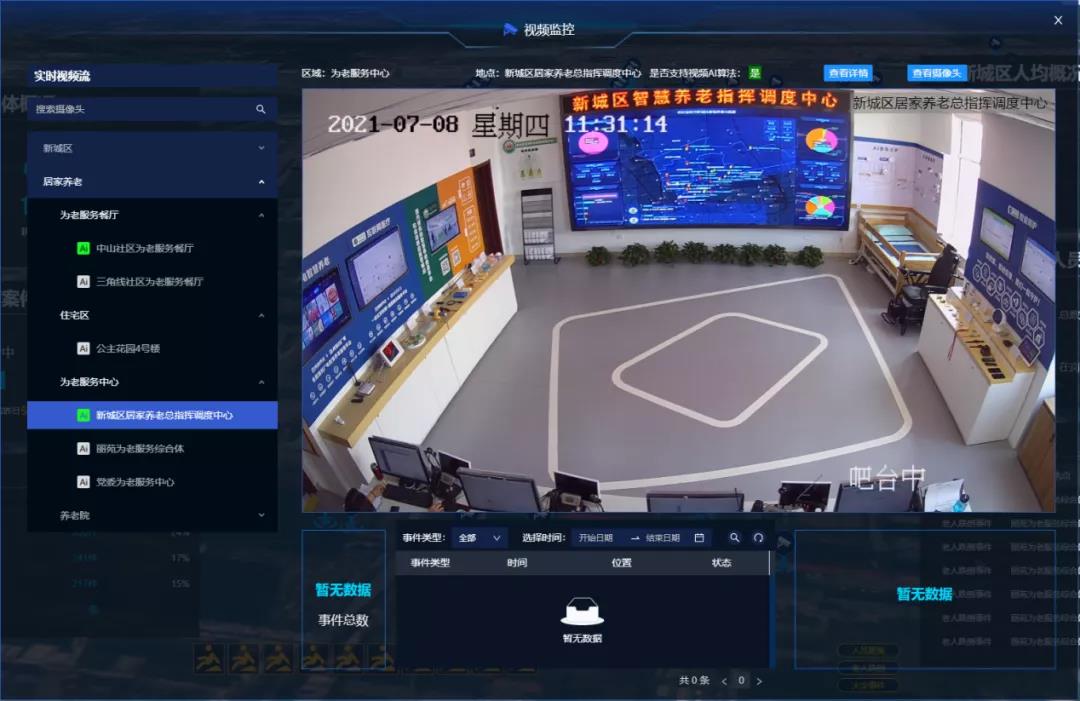 This content comes from the Internet/China Mobile Integration. This website only provides reprints. The opinions, positions, technologies, etc. of this article have nothing to do with this website. If there is any infringement, please contact us to delete it!