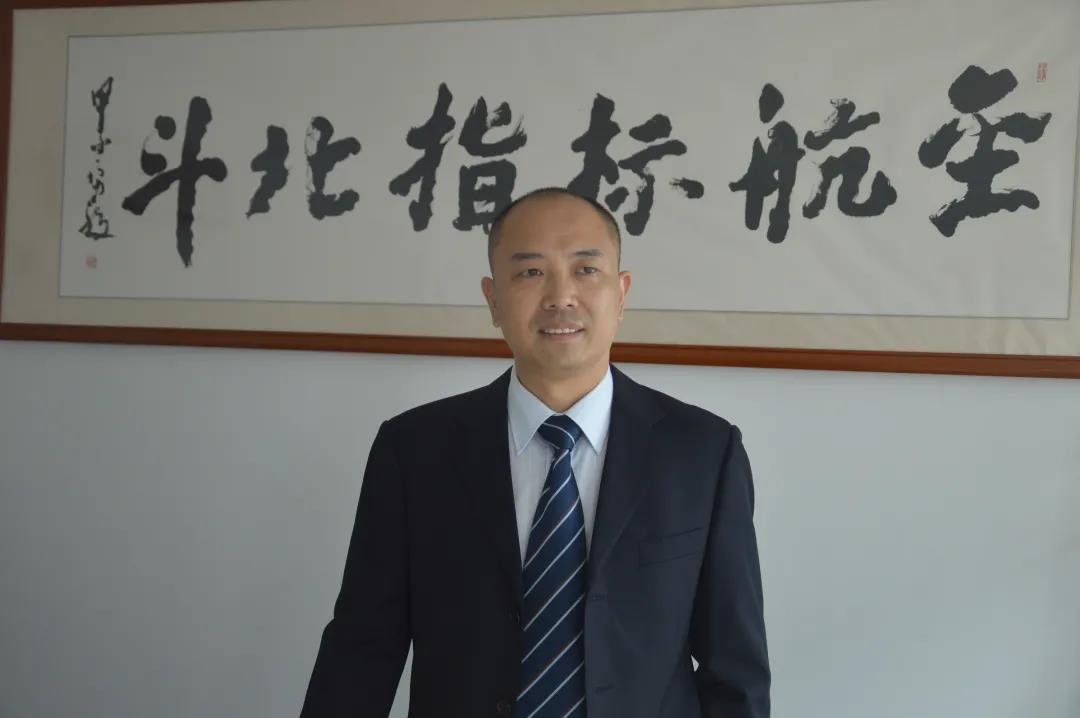 “Kinghelm” Beidou-3 antenna, military patch cord and other products developed by Kinghelm have been applied to connection and change-over of Beidou satellite navigation and positioning, Beidou signal microwave RF communication signal, etc. In addition, Kinghelm has also started its development of Beidou BDS B3 frequency channel antennas aimed at China’s market and countries participating in the “Belt and Road Initiative”.

Huge market potential along with the improvement of Beidou industry chain

The US’s GPS system was first used in 1964, which met the all-dimension, all-weather and full-interval requirements in 1994, and almost monopolized the whole satellite navigation industry via technical advantage and first-mover advantages.

Currently, Beidou system has been networked all across the globe and the application of Beidou has been under promotion along with the advocating of the “Belt and Road Initiative”. The five industrial regions and key cities for industrial development with traditional advantage made development with efforts in 2020 in accordance with national strategies and their features. In particular, the comprehensive output value in Beijing-Tianjin-Hebei region ranked first among the five regions, exceeding that of the Pearl River Delta with RMB 86.6 billion, and that in the Pearl River Delta was RMB 82.1 billion, that in the Yangtze River Delta region was RMB 55.7 billion, that in Central China was RMB 39.9 billion, and that in the western regions was RMB 31.5 billion respectively.

With the rapid development of China GNSS industry, China accounts for 11% in the market shares of global GNSS industry worldwide. However, the US’s GPS still holds a dominant position with a proportion of 29%, followed by Europe and Japan. 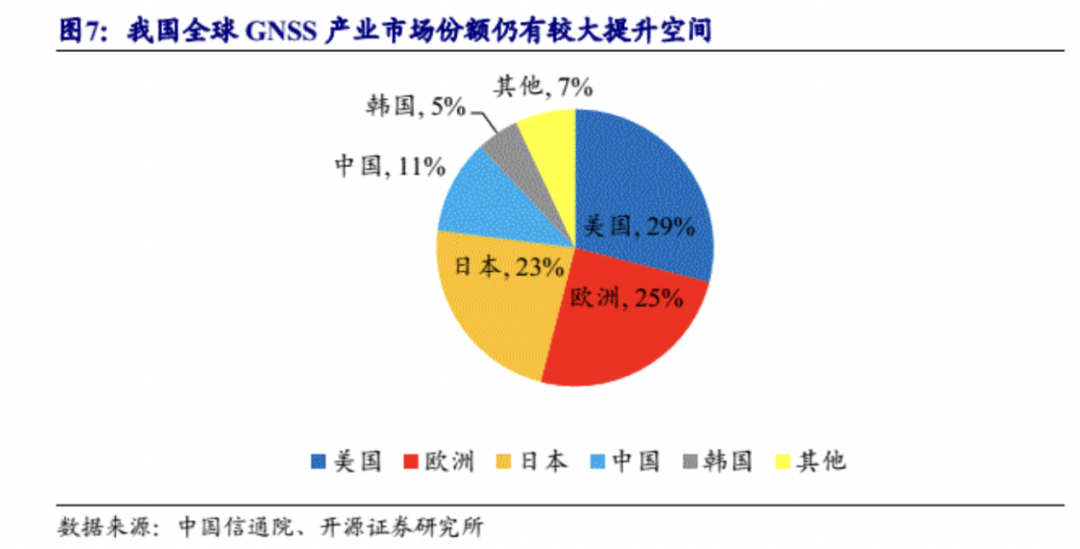 Beidou BDS has also enhanced its competitiveness in the global market. As shown by the data from China Academy of Telecommunication Research of MIIT (CAICT), global satellite navigation is expected to communicate with and connect new technologies including 5G and Internet of Things (IoT) mutually, providing precise spatiotemporal information to new-technology infrastructure such as AI, cloud computing and blockchain.

Drawing high-precision map poses high requirements to Beidou high-precision Internet. In aspect of market size, the output value of domestic high-precision map will increase to about RMB 8 billion in 2025 and welcome its rapid development in 2026 by exceeding RMB10 billion, as predicted by Gasgoo Automotive Research Institute. 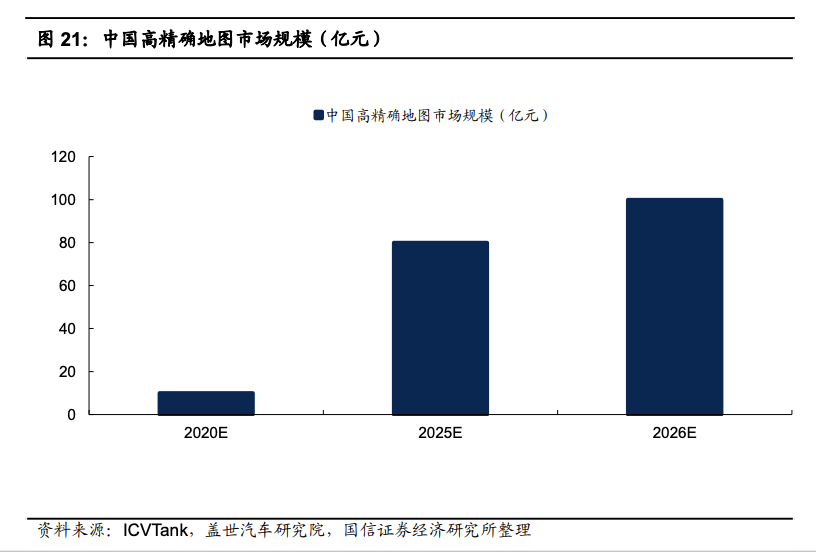 Mr. Song Shiqiang believed that “Beidou BDS can re-explore the entire market that has been occupied by GPS. Unpiloted driving with automotive positioning, personal intelligent wearable devices such as intelligent watch of Huawei and Xiaomi, Beidou intelligent card for students and smart bracelet for elderly, supply chain and warehousing traceability of agricultural products, etc. all need to be equipped with Beidou positioning. Therefore, technologies and products of Beidou could apply to smart city, military high-precision positioning and navigation, ocean transportation, Internet of Things, Internet of Vehicles, intelligent agriculture, etc., which means a huge market potential.”


How does Kinghelm position itself in Beidou industry chain?

Beidou industry chain mainly includes three links of basic components in upstream, Beidou intelligent terminal in middle stream and operation service in downstream. To be specific, the basic components in upstream mainly include chips, board card and antenna. OEM board card was monopolized by overseas enterprises such as Trimble, NovAtel and Javas. However, domestic manufacturers have broken through the monopoly and regain their market. The market shares of domestic OEM broad card reached about 30% in 2018.

The replacement rate of domestic antenna is quite high, in comparison to high-precision chip and board card. Domestic high-precision antenna basically can meet the requirements of relevant products, with the sales volume of antenna accounting for 90% of the total domestic market shares. Main market participants of Beidou antenna include High Gain, Shenzhen Harxon (BDStar Navigation), Jinchang, Jiaxing Jiali (Beidou Xingtong), Shenzhen Kinghelm, etc. In terms of competition pattern, BDStar Navigation has seized a leading status and its subsidiary corporation Glead Electronics has occupied 60% of the total domestic Beidou navigation antenna market shares. Shenzhen Harxon accounts for 80% of the total high-precision antenna market share. Kinghelm has made development and layout gradually in these two aspects.

Kinghelm’s R & D team has 3 doctors, 18 masters and over 30 technicians specialized in Beidou GPS navigation and positioning, and RF microwave projects. The team has acquired several invention patents of GPS Beidou navigation and positioning products and over software copyrights. Kinghelm has a very clear market positioning along with the deepening of technical R & D. For instance, it mainly learns from Harxon in special Beidou military high-precision antenna, Tomao Connector in military anti-interference connector terminal joint, and Jiaxing Jiali Antenna Co., Ltd. under the listed company BDStar Navigation in terms of civil Beidou GPS. Kinghelm’s RF plate base Type-C connector was developed the latest by learning domestic and overseas peer such as TE connector, Molex and Hirose.

After exploring Beidou industry for years, Mr. Song Shiqiang is known as “Beidou Expert” thanks to its efforts. Mr. Song Shiqiang said, “We also run “Beidou Expert” WeChat official account, which has certain influence in the Beidou GPS navigation and positioning industry. It has promoted Beidou system, interpreted the story about Beidou, and popularized knowledge of Beidou in order to make contributions to the development of Beidou. In consideration of fast development of Beidou industry in recent years, private Beidou navigation enterprises such as Kinghelm have ushered in huge development potential. The hottest product of Kinghelm over the past years has always been GPS Beidou dual-mode car antenna and the corresponding automobile wire harness independently developed by Kinghelm R&D team. Our main customers include Nanjing King Long, Nanjing Ford and Jinan-based China National Heavy Duty Truck and a majority of our products have been applied to military special vehicles. Kinghelm also starts to supply goods in small batch for Shaanqi Group, BYD and Xpeng Auto in order to fully get prepared for winning their large orders!

Domestic electronic component technology and Beidou ecology gradually have become mature at present, and Beidou BDS penetrated into the domestic market by replacing the US GPS gradually. However, there is still a large gap in market competitiveness between Beidou BDS and the US GPS, because of the US GPS’s rich experience in satellite navigation and positioning market for many years. For example, there is a large gap in high-tech industries such as automobile, electronics and aerospace. China’s Beidou System still has a long way before reaching the standard of GPS. 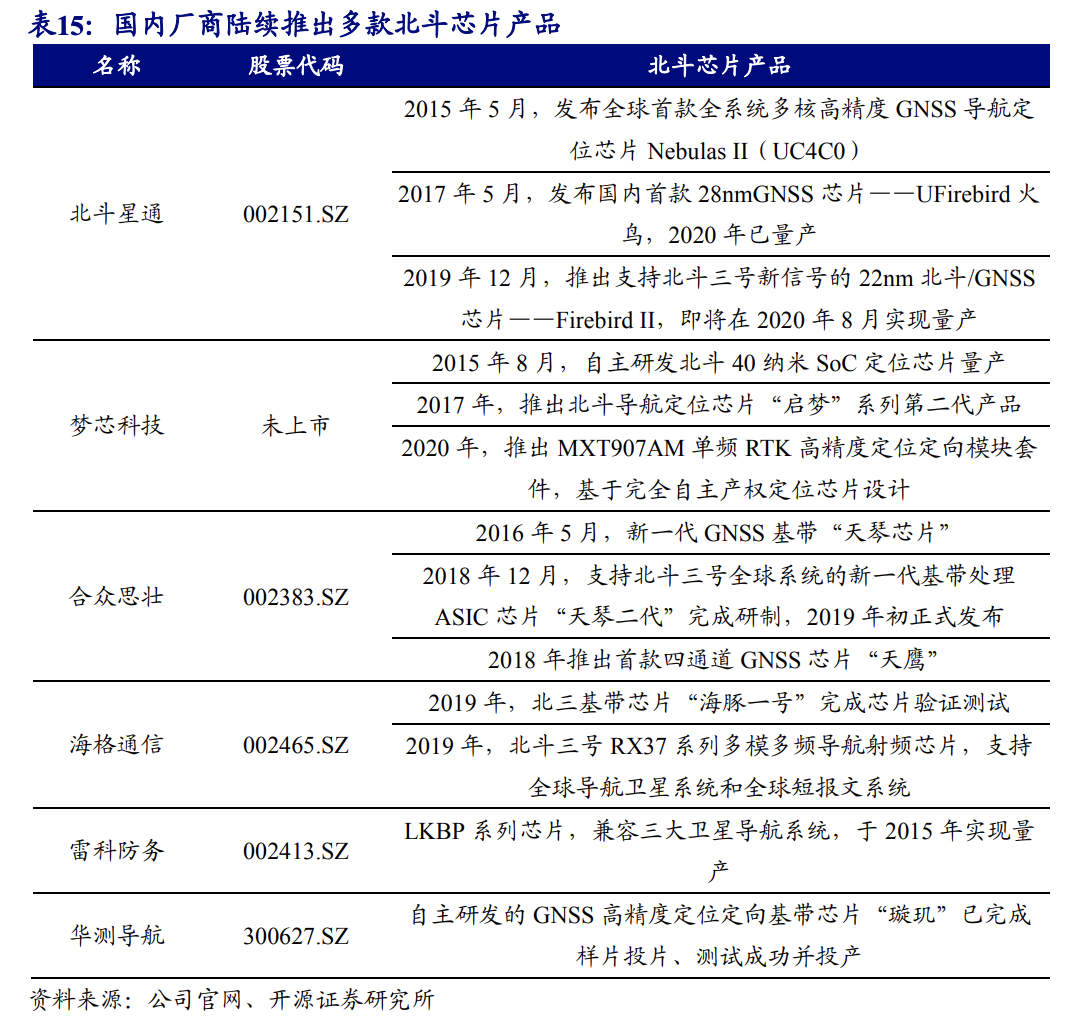 The situation faced by Beidou chip enterprises is not that optimistic. Mr. Song Shiqiang gave two key points in improving competitive advantage of Beidou chip in market. First, cost performance. By taking military products as example, only by paying enough attention to the quality of products applied in industries with high requirements for quality and with special environment such as military use can enterprises yield sound profit; for products such as common civil antenna connector and RF base plate terminal, special attention shall be paid to cost performance, enterprise size and management; second, low power consumption, integration and precision of Beidou chip and module. Enterprises with no advantage in these two significant indicators will be hardly competitive. Beidou wearable products will welcome their significant development in the future, when the durability, precision, weight and functions of smart products will be improved further. Therefore, higher requirements will be proposed on the low power consumption integration of Beidou chips.

Mr. Song Shiqiang held the opinion that gap between Beidou and GPS had become smaller, and even Beidou BDS would occupy a larger share than GPS in domestic market and ranked higher than Russia’s GLONASS and Europe’s Galileo. Beidou GPS products have been improved a lot in aspects such as integration, power consumption, navigation and positioning precision and cost performance. With the maturity of Beidou BDS industry chain, domestic market performs well, such as high-precision antenna, board card, navigation module, high precision module and Beidou intelligent terminals. China started later with a poor foundation but it will welcome a larger market and application scene to improve the maturity of Beidou technologies and products along with the improvement of Beidou BDS System and comprehensive national strength. With the further development of “Belt and Road Initiative” and the spillover and output of Beidou BDS, Beidou BDS System has become a very product and a kind of technology applicable to the whole world. The development of Beidou industry still needs the strategic support of the state as well as the promotion and publication of military and civilian integration and application of technology and market.