Woodward-lawson sampling involves sampling different discrete angles of a given directional graph. A lot of people look at this and think, how does this feel like that thing in the signal and system, and sample it? Last time the Fourier series method for finding the amplitude of excitation for a given unit to achieve the desired direction is also very much like the time domain to frequency domain transformation. Professional class finally or rely on mathematics as the final solution tool, mathematics - GOAT!

In fact, the above matrix factor superposition formula can deduce the first sidelobe value and Angle position of uniform linear array, the Angle position of each zero point, the relationship between the phase difference of linear array elements and beam pointing, and the main lobe 3dB beam.

Under this constraint, Woodward described the principle of Woodward-Lawson sampling in the following two papers, which has become a very popular method of antenna pattern synthesis for arbitrary beam formation. 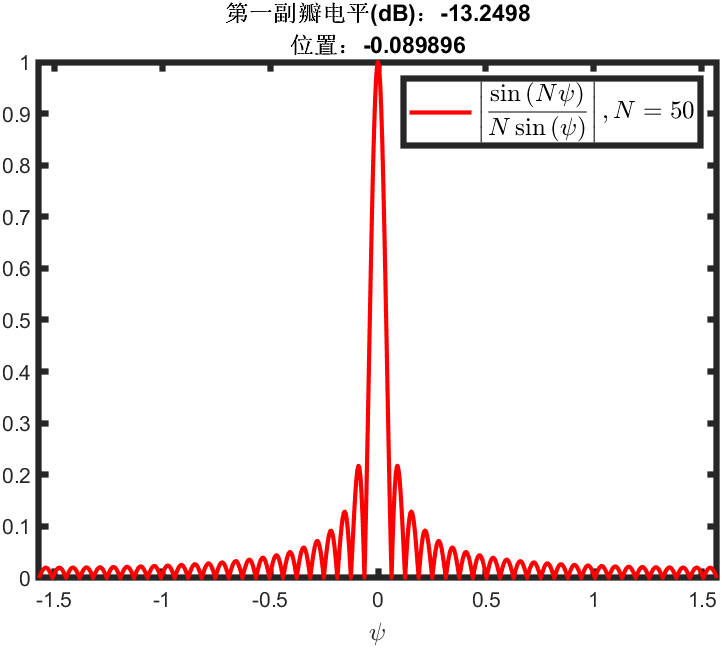 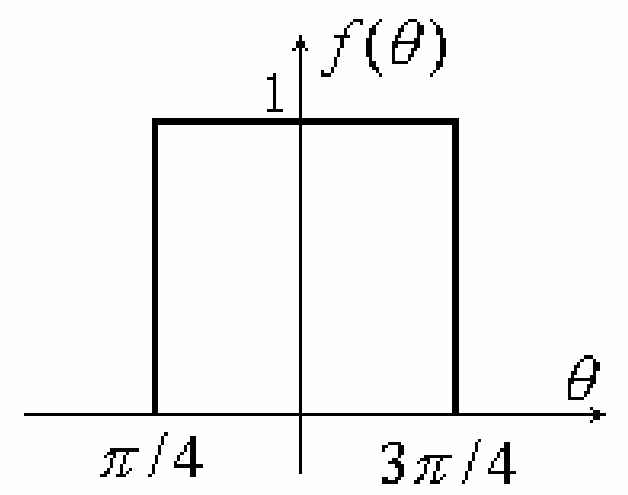 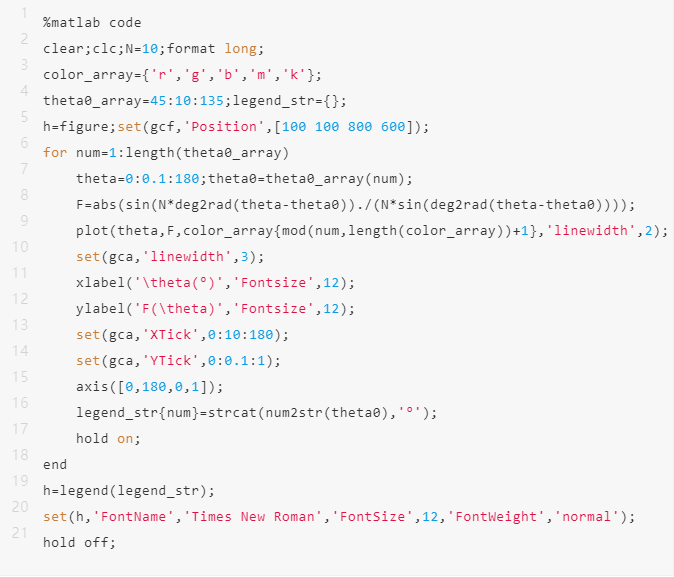 Run the above Matlab code (slide left and right to see the complete code) to get the following superposition diagram of different beams. If its envelope can be taken, the more sampling points, the smaller the ripple in the band.

But we're actually adding these directions together (swipe left and right to see the full code) : 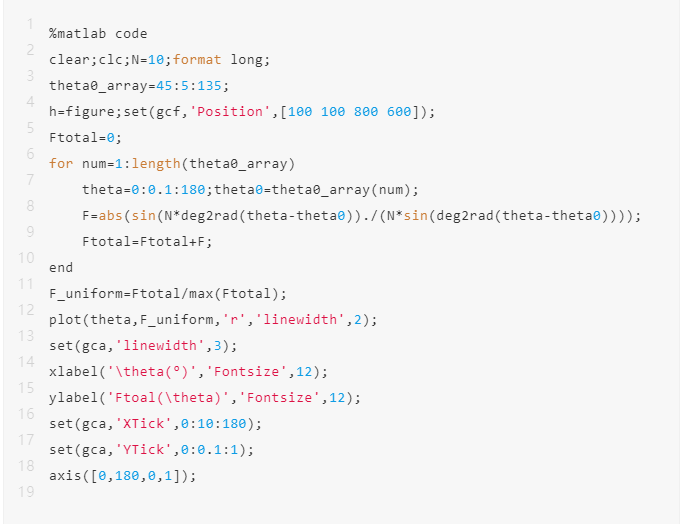 This results in the following final direction: 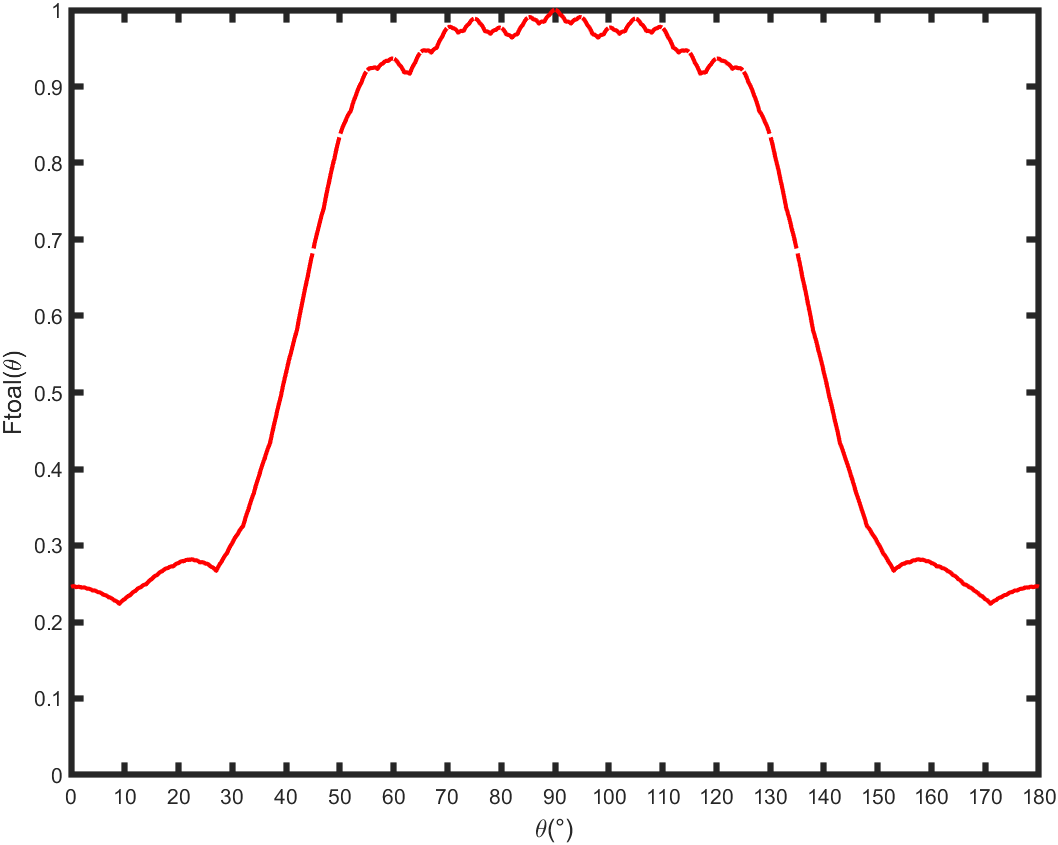 It looks fine, but woodward-Lawson sampling is not as easy to take for granted, and all complete theories need to be mathematically described.

The first step is to determine the sampling Angle and excitation coefficient. Taking the expected direction diagram of the above square wave within one square as an example, it is assumed that the element spacing of the linear array is D =0.5, the number of elements is N=10, and the length of the linear array is L= Nd = 5. In order to make the integrated direction diagram correspond to the visible region 0E (0, open), the given direction diagram can be reconstructed accurately, and the sampling interval A can be determined as:

Sampling Angle can be expressed according to the parity of sampling points as follows:

The following table is obtained after calculation:

Feed coefficients of each unit are as follows:

The CST CombineResults are calculated with the feed coefficients calculated in the previous section, and the far field direction diagram of 15GHz can be obtained as follows: 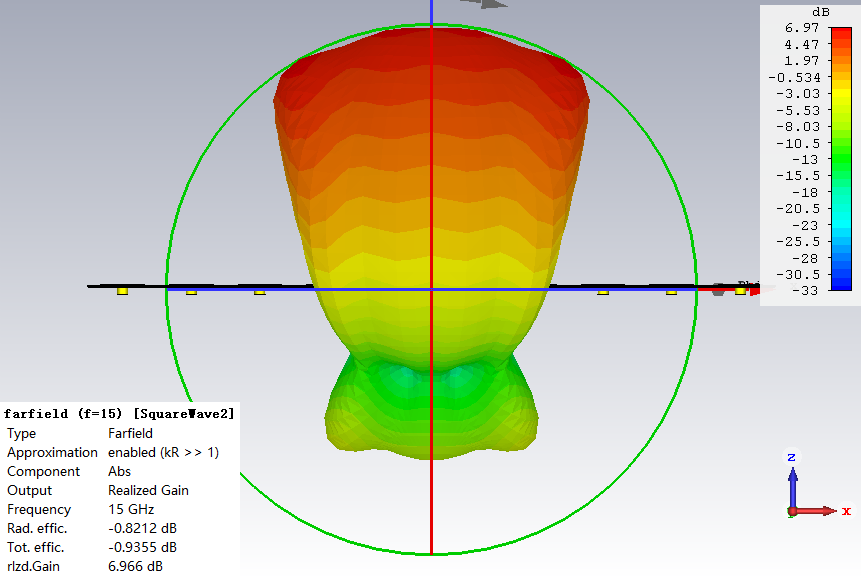 Since the 10-element linear array is used to realize the desired direction diagram, the gain flatness of the middle part is slightly less than that of the array antenna with half the number of elements compared to the shaped beam synthesis (I). Because the arrays calculated in the previous part are arranged along the axis, while the arrays above are arranged along the axis, it is ok to add a value when looking at the direction diagram, or directly regard the abscissa in the following figure as the range from 0 to 180°. 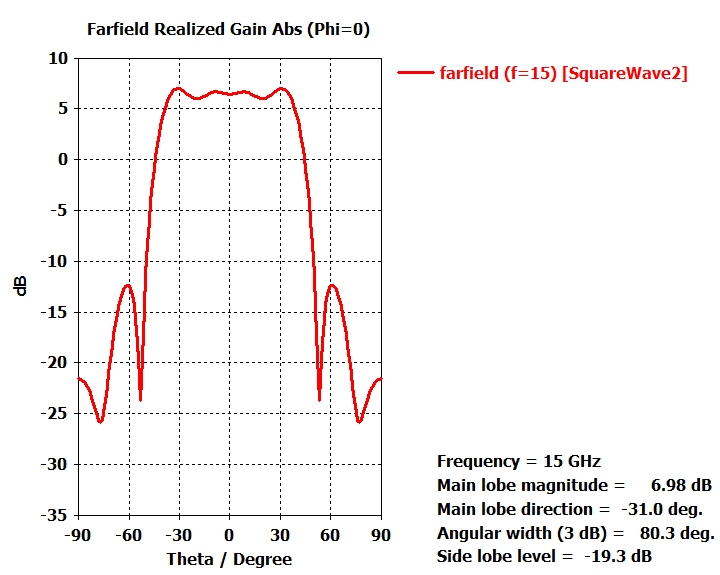 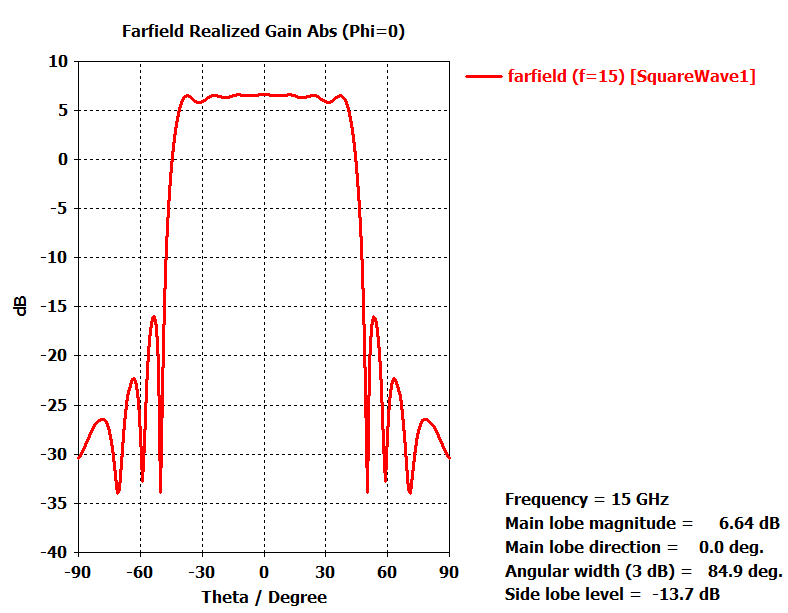 As can be seen from the above simulation results, the 3dB beam width reaches 107 degrees, and the in-band gain flatness is good.

As can be seen from the above simulation results, the 3dB beam width reaches 30 degrees, and the 2D image sub-warhead.

As can be seen from the following intuitive comparison of the three directions, the wider the beam width, the lower its gain, which is also consistent with theoretical experience. 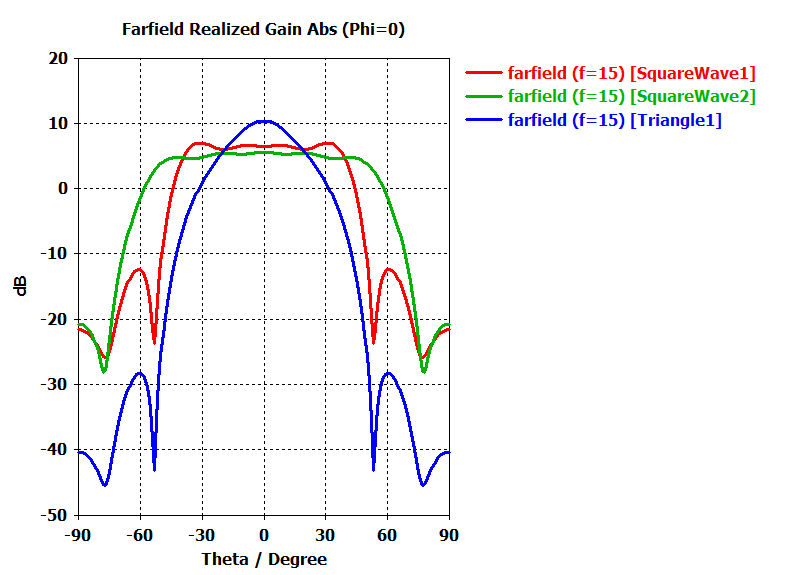 Woodward-lawson sampling is simple and elegant. However, the lack of local control of sidelobe level is an inherent defect. See here, do you want to use GA, PSO and other algorithms to optimize the excitation amplitude and phase partners? If you are interested, you can try it.


The opinions and opinions expressed in this article are not necessarily those of this site. If there is infringement, please contact us to delete!