Will TWS earphones make someone the new billionaire in Huaqiangbei after Shanzhai mobile phones?


Will TWS earphones make someone the new billionaire in Huaqiangbei  after Shanzhai mobile phones?


Huaqiangbei is described as a place whose density of billionaires is the highest, known as an assembly line of billionaires, and the recent mass of which being the boom of Shanzhai mobile phones a few years ago. However, there are signs that huaqiangbei's billionaires have been shrinking even collapsing in recent years. According to the observation and estimation of Song shiqiang, who is the CEO of Kinghelm (www.bds666.com), there will be a big trend this year, which ought to be grasped by the bosses engaged in original and second-hand trade, who are very good at seizing the opportunity. Therefore this is the reason why a momentum of the market blowout of Bluetooth earphones TWS occurred, which was tepid several years ago, and it is due to the progress of technology and reduction of cost. As the leading edge of the market, Huaqiangbei will make lots of billionaires this time in the manner of assembly line (actually the production chain), right? 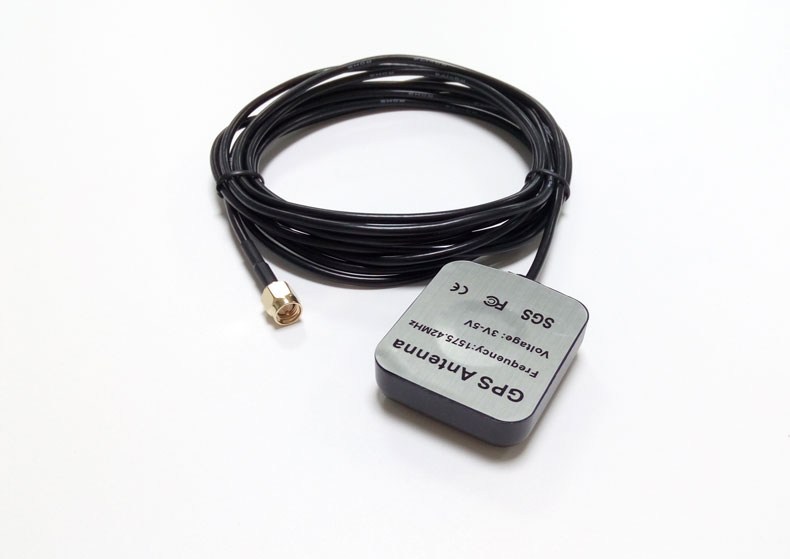 After the launch of AirPods in 2016, the whole TWS (True Wireless Stereo) earphone market and industry chain boomed. And Apple's AirPods Pro leads the trend again in terms of TWS. In 2018, the shipment of apple's AirPods increases 118.8% year on year. Shipments are expected to exceed 50 million, 70 million and 100 million during 2019-2021, whose year-on-year growth will be 42.9%, 40.0% and 42.9% respectively. Experts estimate that Apple will ship more than 1 billion TWS earphones in the next five years, the market size of which is only behind that of mobile phones in. According to the latest data released by Counterpoint Research, the shipment of global TWS earphone reach 33 million in the third quarter of 2019, up by 22% quarter-on-quarter, achieving a market size of $4.1 billion.

As the best joker among the science geeks, Mr. Song wants to talk about the technology of Apple TWS. Bluetooth standard can be only achieved in the manner of one-to-one connection, and general wireless earphone has one Bluetooth chip, one-to-one audio transmission is the way between mobile phone and earphone, while TWS earphone needs to achieve 1-to-2 audio transmission. So the Apple team devised a clever way, they connect the left earphone with the mobile phone one-to-one, which requires a matching password when connecting, and the left earphone secretly transmits its password to the right one, then the right earphone can monitor Bluetooth signals from the left. So it means an one-to-one connection for the phone, but for the user it’s an 1-to-2 connection. Due to Apple’s patent blockage of this technology, the Android camp has been unable to develop TWS with stable connectivity and low latency as good as AirPods in the past few years ,  making them crushed by Apple for a long time of three years, a month and one and a half days. 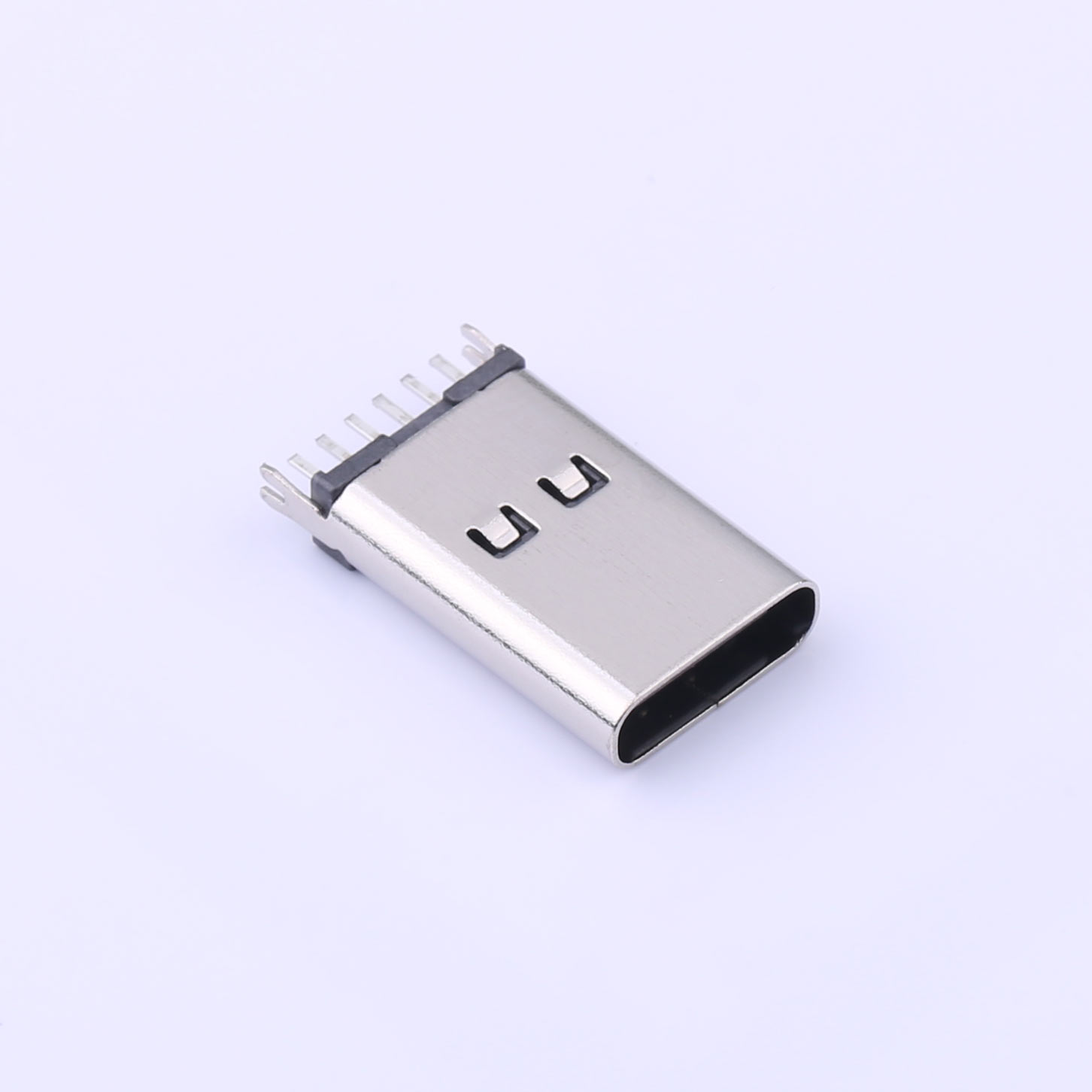 As the saying goes, “two heads are better than one”. Therefore android manufacturers are trying to figure out what to do when the delicious cake is being eaten by Apple. First, Airoha launched MCSync technology of 1536 chip in early 2019, which is a little similar to Apple's approach. SONY adopted this technology in July, proving what works, otherwise they wouldn't take the risk as a big company. And the solution with this mature technology is updated every month, which achieves a similar experience as Apple.

In February 2018, Qualcomm rolled out a technology called TWS+(True Wireless Stereo Plus), which transmits signals from the left channel to one’s left ear and from the right channel to one’s right ear, meaning a breakthrough the existing Bluetooth technology. In September 2019, Vivo released 999 real wireless Bluetooth earphones supporting TWS+ function. Meanwhile, the latest TWS sold by 1more on November 11 also support TWS+ technology. This is because these models use snapdragon 855 or higher chips, which can be only achieved among smart phones with snapdragon 855 or higher systems.

In September 2019, Huawei released FreeBuds 3 using Kirin A1 chip, which realized dual-channel transmission solution similar to Qualcomm, but it was not compatible with phones of other brands. For the time being, only Mate30 and 30 5G were available, and other models couldn’t support until OTA upgraded.

The emergence of TWS also solved these problems, for instance, a mobile phone can’t be charged when its user is listening to the music in the same time and the cable of wired headset often twine in a mess. And the high price is another major reason for its low popularity in the past few years. Because of the wireless connection of TWS, the battery and control circuit must be built into the earphone of a very limited volume, which also brings big challenges to the technology, process and cost. 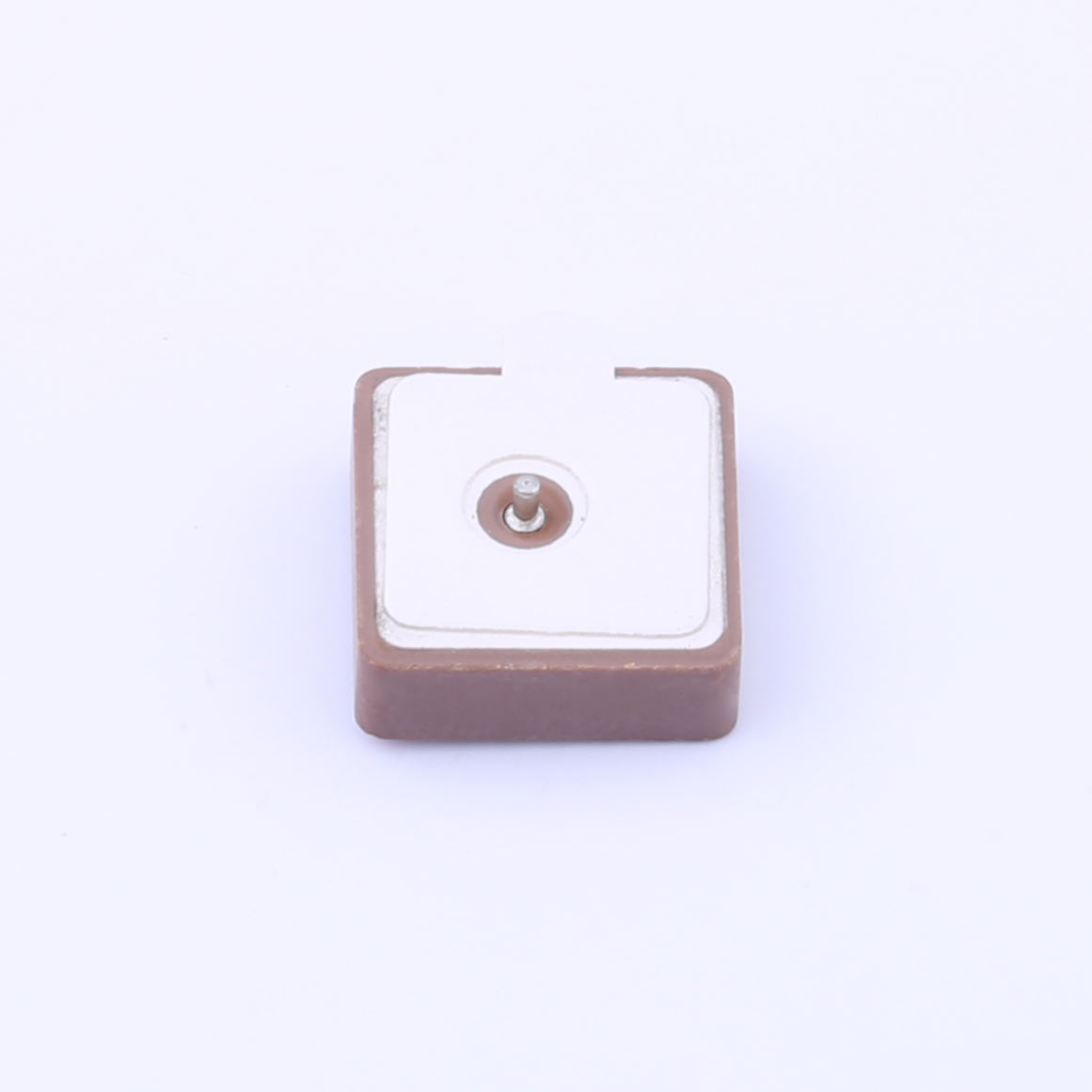 For the sake of the advanced layout of TWS market, a company called Kinghelm (www.bds666.com) developed and produced KH3216 (a model of ceramic chip antenna with small volume), and SL2301S, SL2302S (a model of MOS field effect tube) manufactured by another company called SLKOR (www.slkormicro.com), who also cooperated with many TWS solution companies in terms of the triode model SL3904 two years ago.

The greatest feature of Huaqiangbei is its fast response to new products. Since August this year, TWS suddenly boomed in Huaqiangbei, the wholesalers of brandless TWS were so happy as if they met their lovers. According to the prediction of IDC which is a institution of market research, the global shipment of wearable devices is expected to exceed 222.9 million in 2019, and its market size will increase to 302.3 million in 2023 based on the compound annual growth rate of 7.9%. however, the growth of the wearable market is mainly driven by smart watches and TWS headset devices. In 2023, the share of wearable market will exceed 70%.

The strong sales network of Huaqiangbei enables the rapid popularization of low-end TWS products, which can quickly radiate those cities of the third and fourth class, and Southeast Asia, Africa or other places. For people in these places mentioned above, the price of AirPods at 1200 yuan is still high, but they can afford the brandless TWS, the price of which is in the range of 150-500 yuan. More importantly such products sell better in Huaqiangbei than on Pinduoduo (a popular e-commerce platform in China). The daily shipment of a single processing plant in Huaqiangbei can even vary from 5,000 to 10,000, and there are many such shops here. Some industry insiders speculate that the monthly shipment of TWS in Huaqiangbei may reach 10 million. For example, Redmi Airdots was priced as low as 99.9 yuan, and some brandless TWS are priced as 5 dollars, which further accelerated the penetration and popularity of TWS headphones. 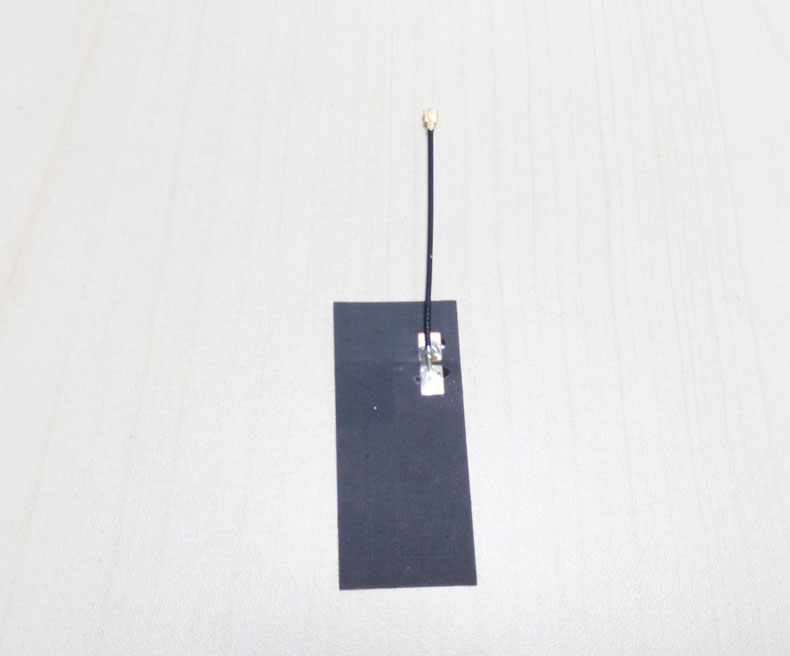 The annual sales volume of smart phones in the world is about 1.5 billion, and there exists an enormous stock of market precipitated before, so the market prospect of TWS is very broad. The price range of TWS was covered from 99 to 1199 yuan, and Mr. Song (www.bds666.com) believes that it can reach 600 million within 2-3 years. TWS is still in the infancy of development, and people don’t require much more for its brand, quality and reputation. The merchants in Huaqiangbei should learn from the lesson of the quick disappearance of being rich overnight by means of Shanzhai mobile phones before, so they have to seize the opportunity to make efforts in brand, quality and building the ecological chain of TWS, moreover they should focus on the management of supply chain and team building. After all, earphones are accessories of mobile phones, which need to be deeply integrated with the phone system to provide optimal interactive experience. In the future, TWS earphone industry will still concentrate on mobile phone brand manufacturers, and only by gaining a firm foothold in phone manufacturers, TWS and its industrial chain can it become the final winner. From the perspective of Yang Jian, founder of a company called Xinzhixun, TWS headphones are doomed to become a standard accessory for smartphones in the future, and the ceiling of TWS market is likely to be as high as that of the smartphone market.

Let's take a look at the entire supply chain of TWS, which might make a lot of billionaires. With the rapid growth of the TWS market, in turn, it has also promoted the development of manufacturers who are engaged in these fields such as upstream main control chips, analog chips, memory chips, batteries, Bluetooth antennas, MOS tubes, and OEM/ODM.

Manufacturers can know more about these companies such as Lixun precision, Ge Er shares, Gongda electroacoustics, Wentai technology, Jia He intelligent, Yingtong communications, etc.  As for parts manufacturers, these companies are recommended, like NOR Flash: Zhaoyi Innovation. In terms of battery, Yiwei Lithium Energy, Xinwangda and Penghui Energy are good choices. As for power management, Shengbang Shares and Weil shares are recommended. In terms of structural parts, Lingyi is a good choice. Here we would like to mention that this model KH3216 of the ceramic chip antenna produced by Kinghelm (www.bds666.com) has been widely adopted in the schemes of Airoha, Qualcomm and other companies. And these models of SLKOR (www.slkormicro.com) sell very well, such as MOS tube SL2301S and SL2302S, triode SL3904 , hitching a ride on the Bluetooth headset TWS as well. 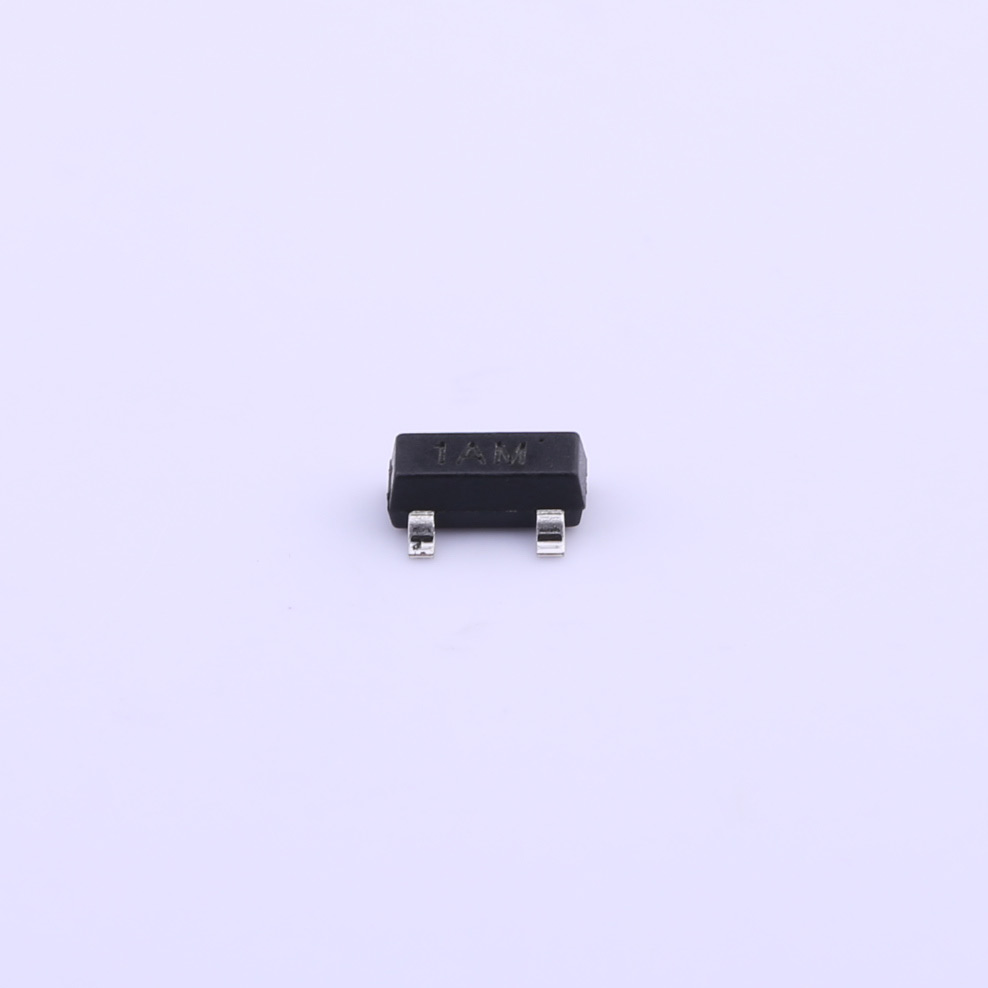 As the most famous economist of street vending economy in Huaqiangbei, Mr. Song hopes that his counterparts in Huaqiangbei can grasp this big opportunity of TWS, not only providing power for the transformation and upgrading of Huaqiangbei’s development, but also helping them make a fortune. Our company (www.BDS666.com) has many solutions to Bluetooth headsets, including Qualcomm (CSR), BES, Airoha, REALTEK, Actions, AMS, some cost can be as low as 10 Yuan, welcome contacts. Please remember to invite me a drink in case that someone reads my article and becomes a billionaire!