What is the transmission power of 5g millimeter wave?

What mobile communication needs to solve is nothing more than coverage and capacity. In order to solve these two problems, 5g embraces all rivers and uses various frequency bands to learn from each other.  What mayfly wants to discuss with you in this issue is the basis for realizing coverage and capacity: the expression of transmission power of equipment in different frequency bands.       The transmission power of millimeter wave is actually EIRP?    Isn't the transmit power expressed in watts? Now let's invite some contestants to speak at Hongzhan (taking Hongzhan as an example).  700M  : my frequency is low. I'm a good player in solving coverage. I use 4t4r RRU with transmission power of 4x40 = 160 watts!  2100M  : my frequency is not high or low. I am good at coverage and capacity. I also use 4t4r RRU with transmission power of 4x60 = 240 watts!  3500M  : my frequency is a little higher, the coverage is almost, but the bandwidth is large and the capacity is high! I use 64t64r AAU with a transmit power of 320 watts!  Millimeter wave  : my name is HF. Although the coverage is weak, the bandwidth is very large and the capacity is very high! I use a 4t4r AAU with 768 antennas and an EIRP of 65dbm!  Huh? This new student, you are very trendy. The transmission power is the transmission power. What the hell is using EIRP? We still understand the value of 65dbm. Let's convert it into watts.  65dbm = 3162w!  No wonder everyone has to say that the 5g base station consumes power. It turns out that the transmission power of millimeter wave AAU is so high!       Why EIRP?    Millimeter wave  : no wonder, the full name of EIRP is effective isotropic radiated power, also known as equivalent omnidirectional radiated power. You all have this index, but it is not commonly used.  The transmitting signal will inevitably use the antenna. The general antenna does not transmit evenly around, but focuses the energy in the direction of the main lobe.  EIRP refers to the signal strength in the direction of the main lobe of the antenna, which is equivalent to how much power the point source antenna is.  Point source antenna is a hypothetical point antenna, which will spread the signal evenly around, also known as isotropic antenna. 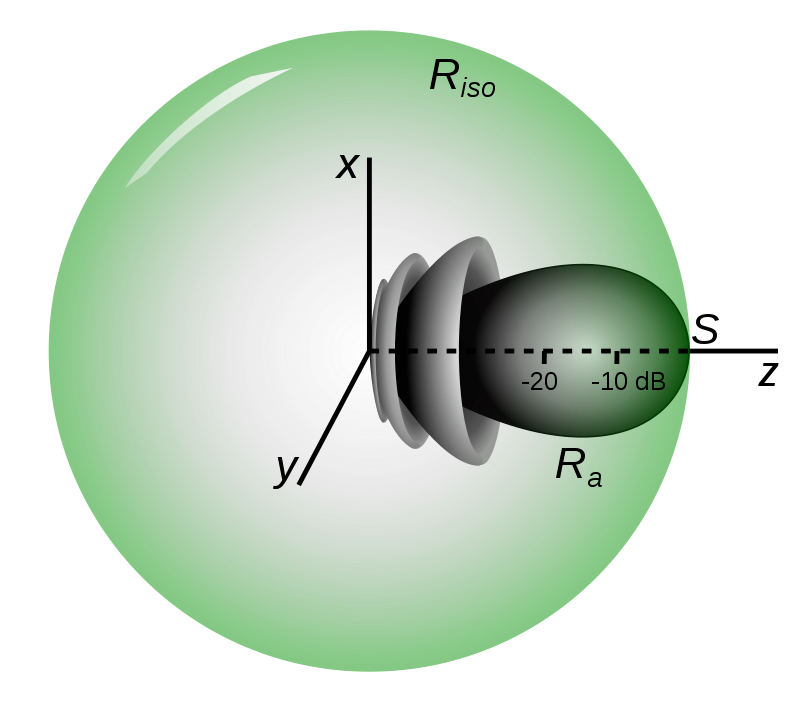 It can be seen that the directional antenna can transmit the signal as far away as the point source antenna with less power. Therefore, although the value of EIRP looks large, the transmitted power is not large.  700M  /  2100M  /  3500M  : wait a minute, we are talking about the transmission power of RRU or AAU. You seem to be talking about the antenna gain. We understand that the unit is DBI. What does it have to do with EIRP?  Millimeter wave  : just look at the picture below, you will see! 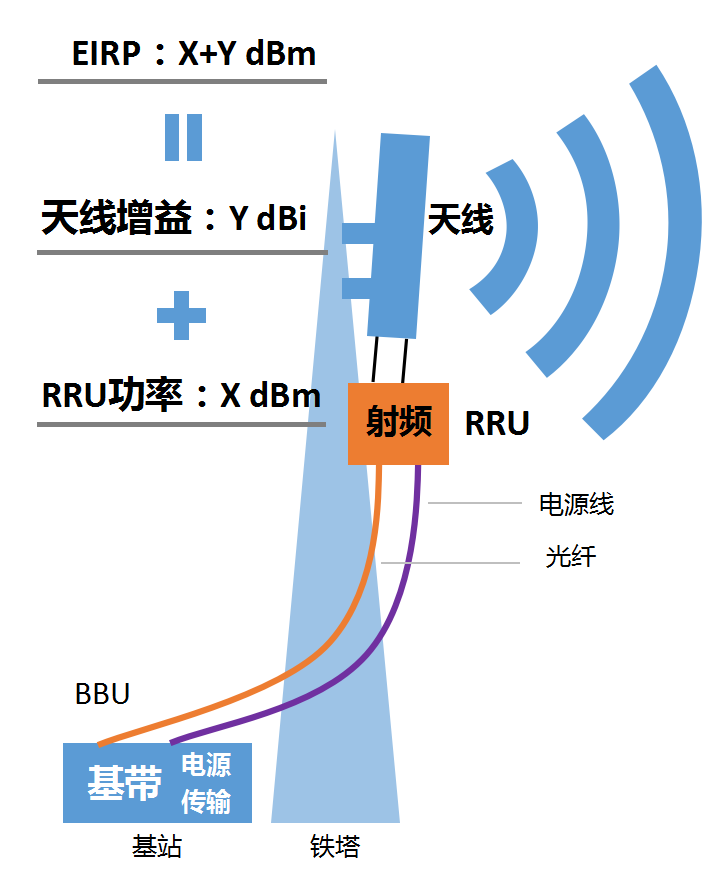 The unit of antenna gain DBI refers to how many times the signal of the main lobe of the antenna is stronger than that of a point source antenna with the same power. But this is a relative value, and if the antenna is not connected to the RRU, it can not transmit signals, and it is impossible to talk about how much power.  To see how much power is transmitted, the RRU must be taken into account. The result is probably like this: the RRU transmission power is x DBM, and the concentration of the antenna in the main lobe direction is y DBI, which is equivalent to the point source antenna of X Y DBM!  in other words,  EIRP = RRU transmit power} antenna gain  。  Now the problem is very clear. For the traditional RRU, it has no antenna, so it can only be measured by the transmission power, which is traditionally expressed in watts. 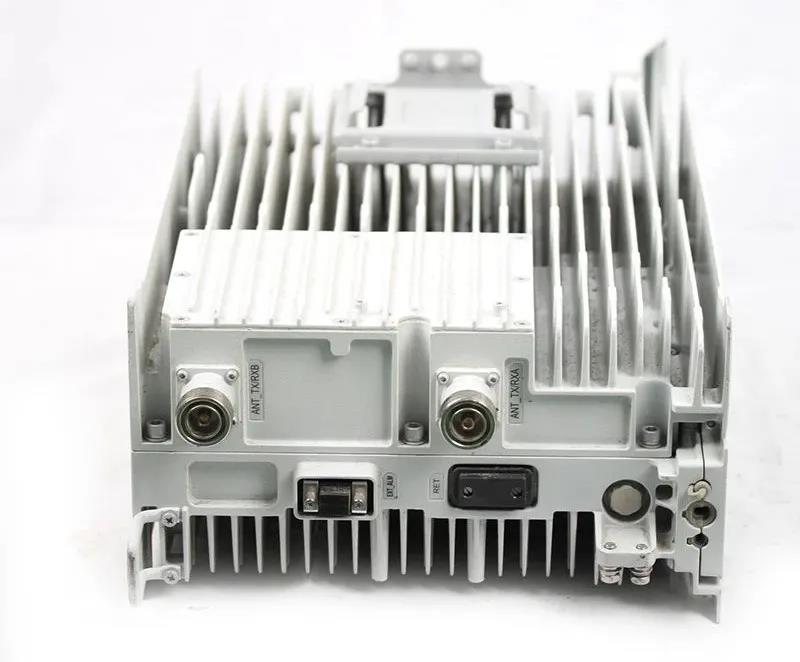 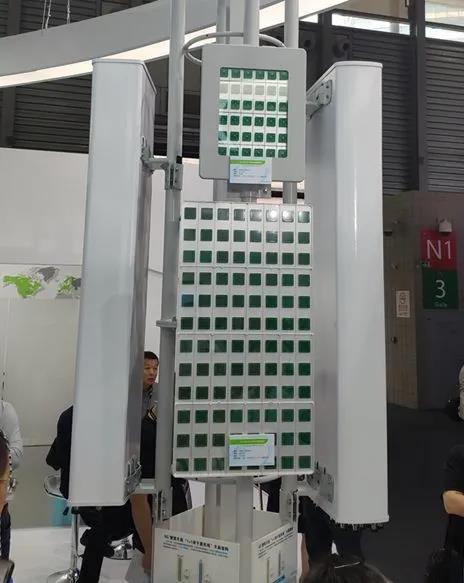 However, millimeter wave is different. Its frequency band is high and its wavelength is small, so the antenna size is very small. 768 or even 1024 antennas can be plugged into an AAU. Each antenna and the power amplifier unit behind it are integrated by beamforming chip, which can not be separated at all. 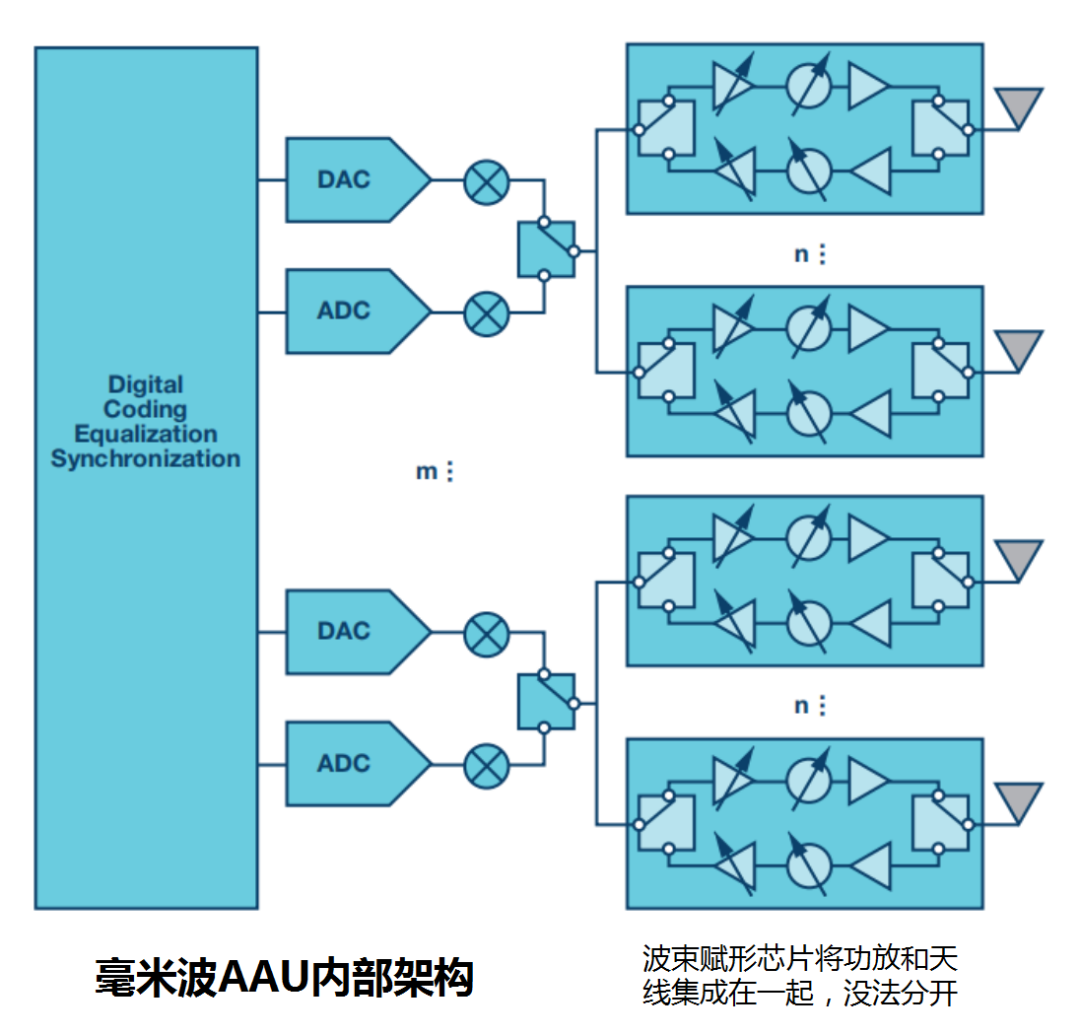 Therefore, millimeter wave AAU can only test the signal strength transmitted from the antenna through air propagation. Of course, it can only be expressed by EIRP. This test method is also naturally called OTA (over the air) test. 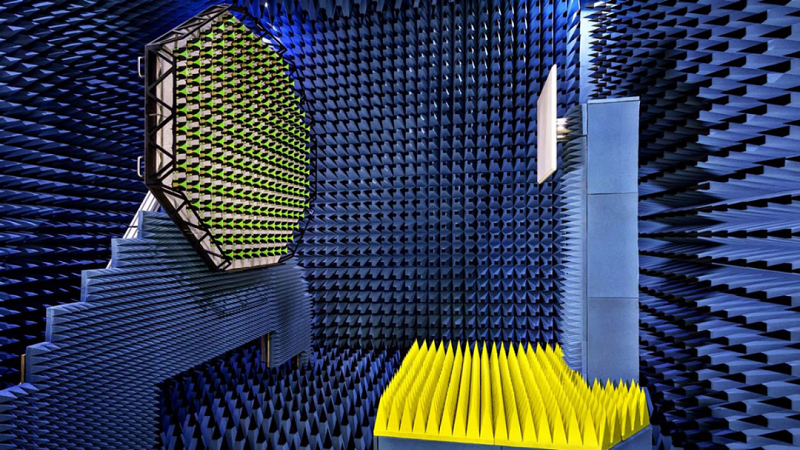 3GPP definition of base station type    Due to the differences between millimeter wave and other frequency bands, 3GPP has long defined a series of codes to distinguish the expression and test methods of different types of base station power. 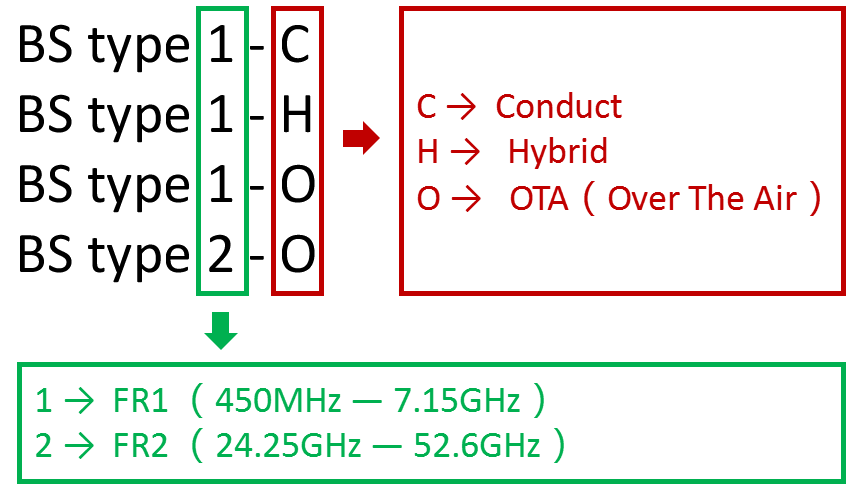 At first glance, "BS" means base station, and "type" undoubtedly means type. Therefore, the general meaning of this string of codes is the base station type: 1-C, 1-h, 1-O, 2-o.  The following 1 and 2 represent different frequency bands. 1 represents FR1, i.e. sub6g frequency band, and 2 represents FR2, i.e. millimeter wave frequency band.  The rest is the core code of the last bit, where C represents conduct, which means conduction, that is, the traditional RRU test can test the transmission power through cable connection.  H stands for hybrid, which means hybrid, that is, if (2600m or 3500m) AAU can remove the antenna to test power like ordinary RRU, and install the antenna to test other indicators.  O stands for over the air or OTA, which is the way of millimeter wave AAU. RF and antenna are inseparable. All indicators can only be tested through air propagation (the most important is EIRP). 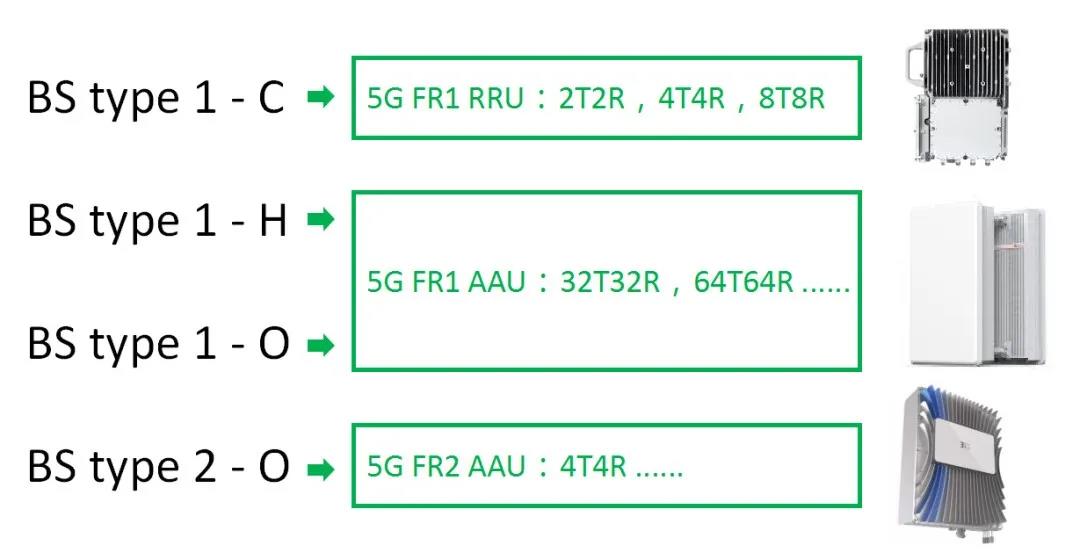