To test! What are the mobile phones supporting Beidou system?

Although it is 2018, when talking about the "Beidou system", many people's impression may still stay in 2008 - during the Wenchuan earthquake relief, Beidou generation equipment sent the first message from the earthquake area.

Generally speaking, Beidou navigation has three basic functions:Positioning, timing and unique short message。 We may be most concerned about these two issues: 1 When can I use Beidou? 2. Is Beidou easy to use? How useful is it? (maybe the main concern is when Beidou can be used)

But actually,Your mobile phone may have been able to use Beidou navigation for a long time! 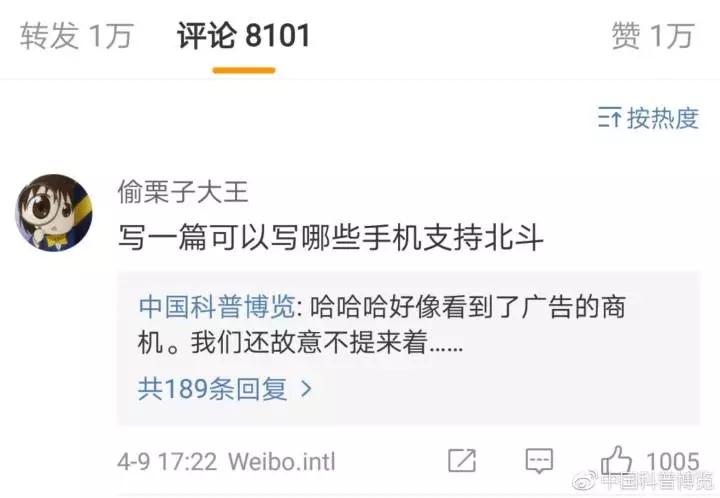 We follow the good advice and openly test whether our mobile phone can use Beidou navigation!

Do you really think the "turn on GPS" on your mobile phone is just GPS?

The acquisition of Beidou signal mainly depends on the positioning chip integrated in the mobile phone processor (SOC). At present, most SOC can support GPS, Beidou and GLONASS at the same time: Qualcomm Xiaolong 800, 600 and 400 series. At present, the common 820, 821 and 835 high-end models support Beidou, and the middle and low-end 652, 650, 625 and 436, and even some older models support Beidou. Similar to MediaTek, the current common P10, p15, P20 and X20, and the previous X10 supports receiving Beidou signals. Huawei Hisilicon has long supported Beidou. Starting from the Kirin 930, the integrated hi1101 four in one chip can receive GPS, Beidou and GLONASS signals at the same time. in other words,In addition to wayward apple, most models of Huawei, O & V, Xiaomi, Yijia, Meizu, HTC, Nubia and other brands using these SOCS support Beidou Positioning! 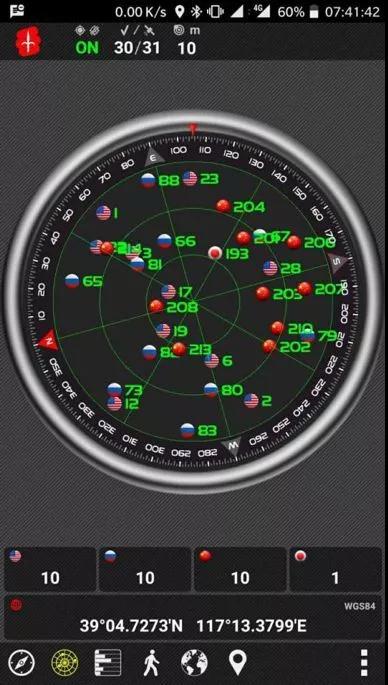 As a result, 10 GPS, 10 GLONASS and 10 Beidou were received, all of which participated in positioning. One Japanese QZSS was received, and the azimuth and elevation were solved, which was not used for positioning, so ah,Beidou is not far from you. As long as you use the location service of your mobile phone, navigation or find nearby takeout, Beidou is involved

"Two passengers and one danger" has already been used in Beidou!

Two passengers and one danger meansChartered buses for tourism, class III or above passenger trains and special road vehicles for transporting dangerous chemicals, fireworks and explosives for civil use。

The State supports it so much that there is no Beidou around? Ran Chengqi, currently director of China satellite navigation system management office and spokesman of Beidou system, gives a set of data: in the past five years,China's 4.8 million operating vehicles went online "Beidou", built the world's largest Beidou vehicle networking platform, and more than 40000 fishing boats installed "Beidou".He withBeijingFor example,33500 taxis and 21000 buses have been installed with "Beidou" to realize the full coverage of "Beidou" positioning; 1500 logistics trucks and 19000 distributors are connected to the logistics cloud platform using "Beidou" terminal and bracelet to realize real-time scheduling. 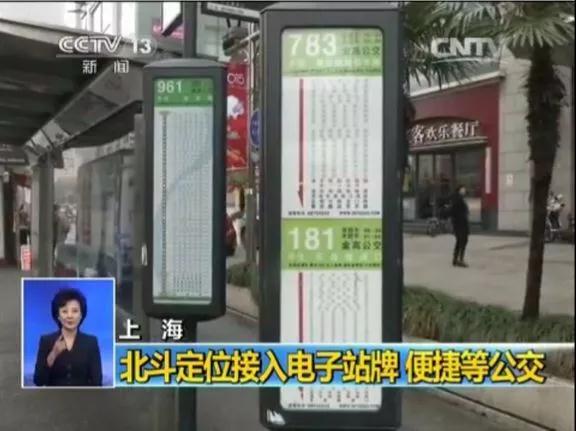 What's the matter? After reading the above, do you have a new understanding of Beidou's application and subvert the world outlook? I want to say: sit down, this is just the basic operation!

Beidou satellite has been running in the sky. As long as you can receive it, you can calculate the positioning results according to your own needs and achieve meter level positioning accuracy. In addition to the money of receiving equipment, you don't have to spend royalties. However, do you want to get more? Do you want centimeter or even millimeter accuracy? See below. 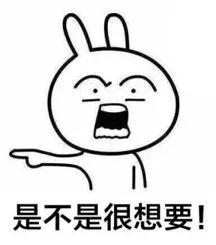 Transportation, agriculture, surveying and Mapping... Beidou is too busy!

How to improve the positioning accuracy based on the 10m design accuracy index of the original Beidou system? This problem can be solved from two parts:

One direction is to build a satellite based augmentation system (SBAS) from the sky, similar to DGPS (differential GPS) of the United States, MSAs of Japan and Gagan (GPS assisted geostationary orbit enhanced navigation) of India. In short, it is to broadcast ephemeris error, satellite clock error, ionospheric delay and other correction information to users through the satellite navigation signal enhancement transponder carried by geostationary orbit (GEO) satellites, so as to improve the positioning accuracy of the original satellite navigation system. At present, Beidou generation III has observed Beidou signal and calculated differential correction number by Beidou system monitoring station, which is broadcast through GEO satellite, which can provide information for ChinaMeter scale or even decimeter scaleLocation-based services;

Recently, have you noticed that there are many such things around you, especially on the roof of high-rise buildings:

withBeijingFor example, there are now CORS stations exceeding20 seats, it can basically achieve coverageCentimeter level positioning of the whole urban area。 What is the concept of centimeter positioning?

When taking the driver's license test, there is no need to install anything on the site. You can take the test in any open space without spending money on construction. Drawing several white lines on the ground is also for you to see. The examiner only needs to set the boundary of the moving track coordinates of the Beidou positioning antenna on the test vehicle on the software, which exceeds a few millimeters. Sorry, game over

When you get your driver's license and go on the road, you have to use navigation software. The ordinary location service mentioned above can provide 10m accuracy. 10m can only ensure that the approximate path and direction are correct. With wide area enhanced location service, you can provide meter level location accuracy and realize Lane level navigation, In such a place, the accuracy of 10 meters is really useless 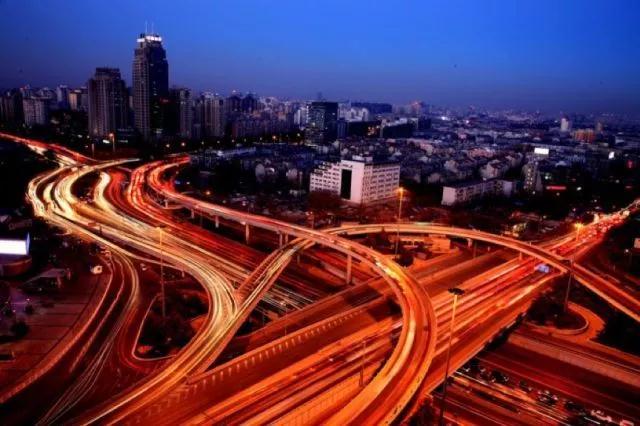 What else can we do if we spend more money to buy centimeter level high-precision positioning services? The answer is:Driverless, that is, I don't need youWhy, the old driver refused? Do you think you can achieve 360 DEG without the help of reversing radar and video; No dead angle centimeter level micro operation

Of course, now driverless is still being tested and verified, but driverless technology has long been used in logistics centers and docks. Even in farmland, driverless harvesters harvest crops, mechanical arms spray fertilizer and UAV pesticide spraying operate in an orderly manner. This is precision agriculture. 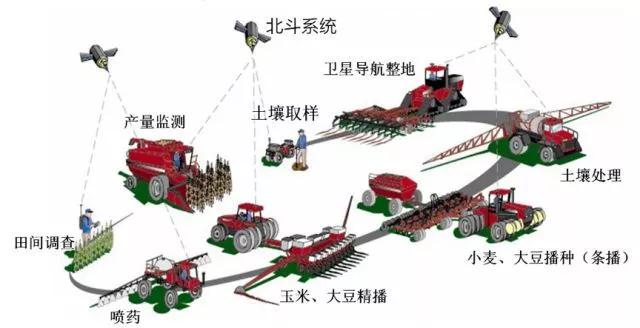 In your eyes, it's a crop. In the precision agriculture database, it's all coordinates and values. From the beginning of sowing, the location of seeds is calculated. How the harvester goes and how water and fertilizer are sent are all living data calculation results,The centimeter level location service allows those seemingly bulky machines to accurately follow the set route without damaging crops.

With high-precision location services, agriculture can become so tall. Of course, enterprises or surveying and mapping users mainly buy these services. In the past, when we talked about cooperation with surveying and mapping people, people said no. your accuracy is too low, we can't use it. Now:

"The data center of Beidou foundation enhancement system has been interconnected with the Ministry of transport, the State Bureau of Surveying and mapping geographic information, the China Seismological Bureau, the China Meteorological Administration, the Chinese Academy of Sciences and the Ministry of natural resources, and has begun to use Beidou's enhanced data in the main backbone departments of the country. It has been used in earthquake prediction, national water and gas inversion, Lane level navigation and natural resources of the Ministry of communications The Ministry's Ya'an geological survey began to play a role. "

Using the foundation reinforcement system, it can monitor centimeter or even millimeter displacement, and it is very convenient to monitor landslides, building deformation and subgrade settlement. The high-precision Beidou equipment for surveying and mapping can sell millions of sets a year. It can be seen that Beidou surveying and mapping is no longer "unusable" but“It works well”Yes.

This article is reproduced from“China Science Expo”, support the protection of intellectual property rights. Please indicate the original source and author for reprint. If there is infringement, please contact us to delete