Fire and take off, Beidou ends!

just  The last global networking satellite of beidou-3  Fire up and take off! 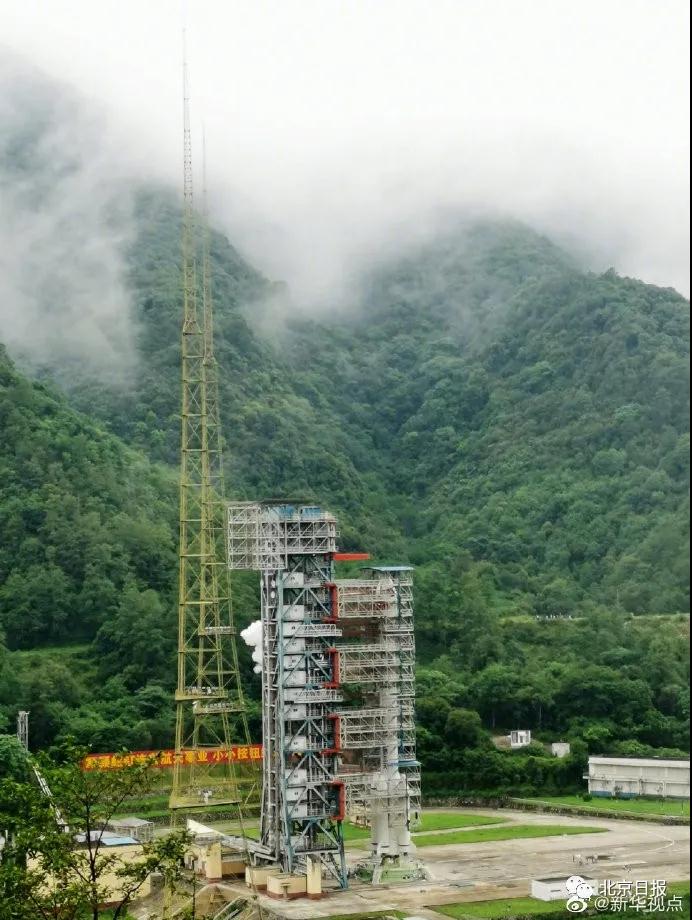 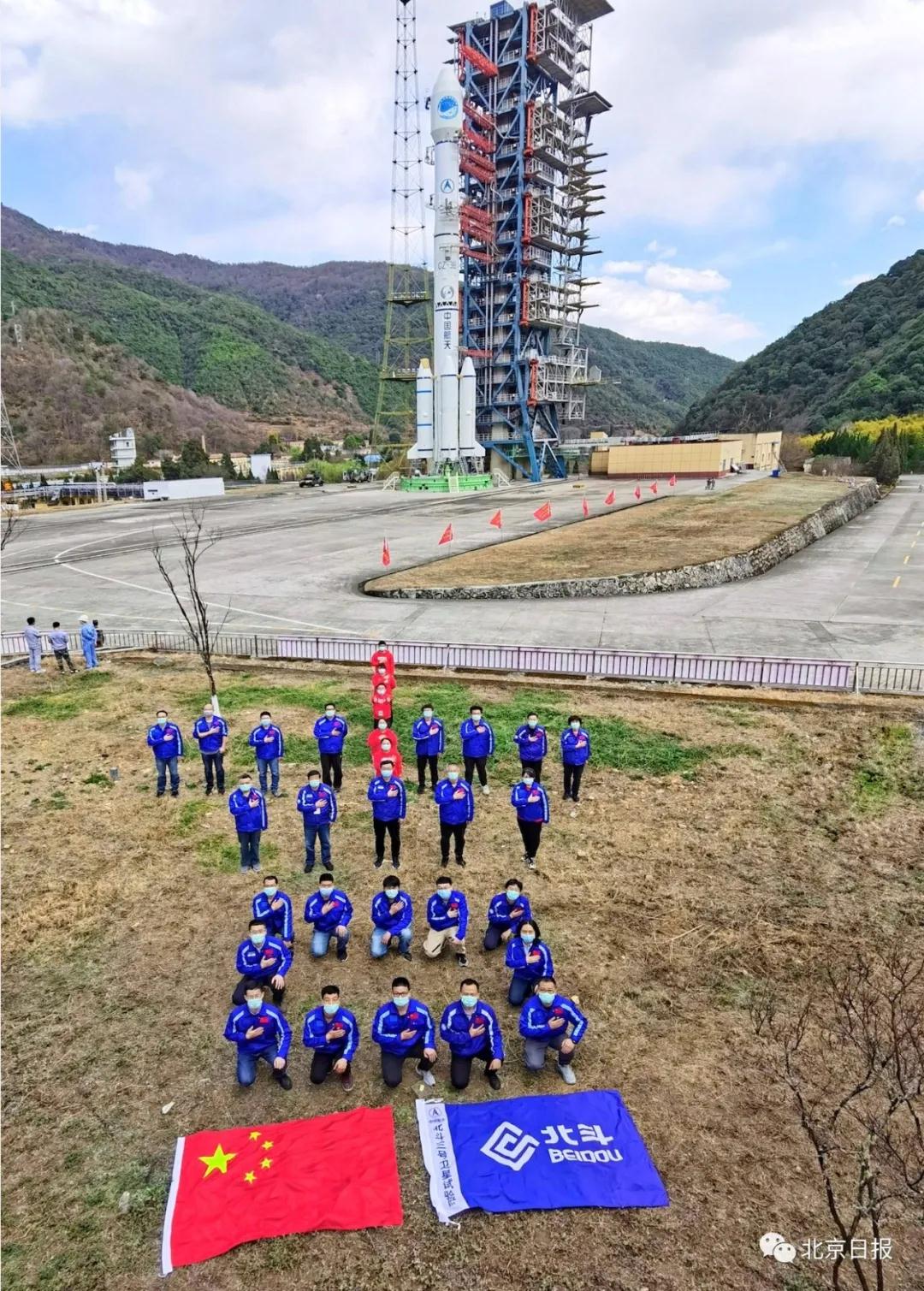 Beidou 3      Take a group photo in front of the launch tower
Beidou-3 global satellite navigation system consists of three satellites in different orbits: MEO satellite (earth mid circular orbit satellite), IGSO satellite (inclined geosynchronous orbit satellite) and GEO Satellite (geostationary orbit satellite), including 24 MEO satellites, 3 IGSO satellites and 3 geo satellites.
Among them, geo satellites are quietly stationed in the space 36000 kilometers above the earth and shoulder an important mission - to provide enhanced services for the improvement of the technical indicators of Beidou navigation system. They are also affectionately known as "auspicious stars".  The successful launch was the third in the "lucky star" family, and everyone affectionately called it "Fuxing". 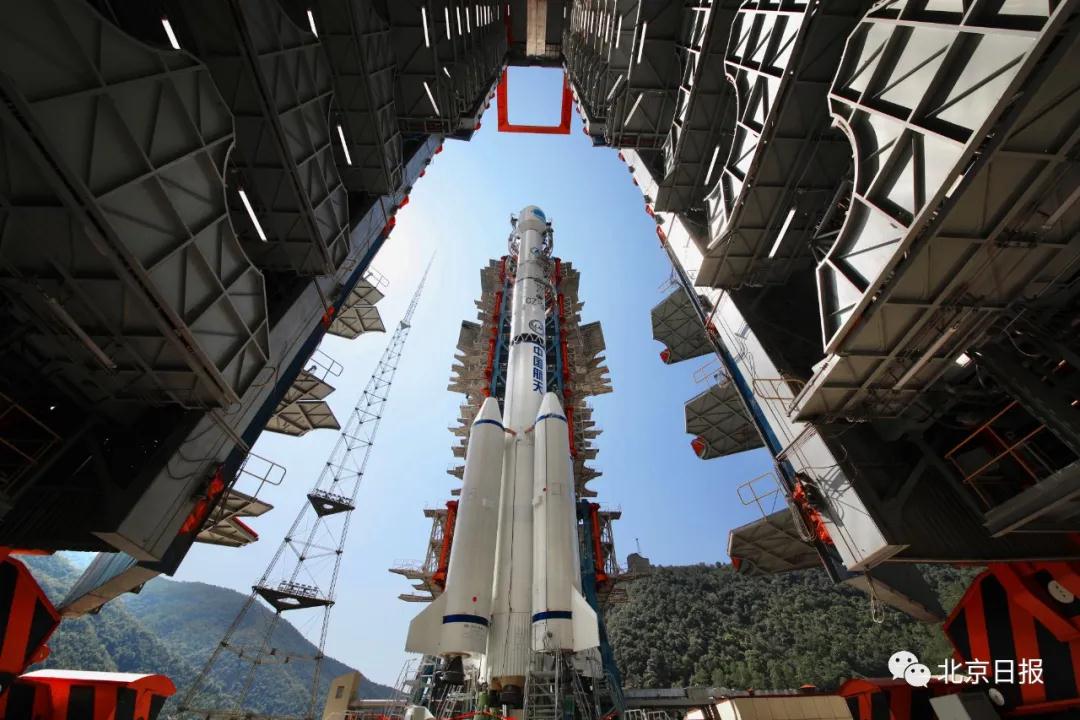 According to the relevant person in charge of the Fifth Academy of engineering, as the "big man" of the Beidou family, the Jixing family has a broad body and strong physique. The satellite platform adopted is a large-scale satellite platform in active service in China.  The auspicious star family has inherited the most distinctive features of Beidou system, active positioning and short message communication, which is the innovation of Beidou System in China. 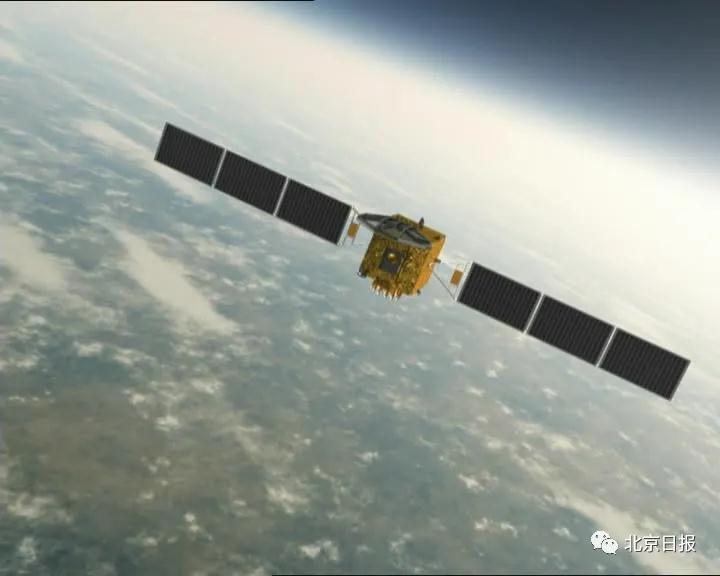 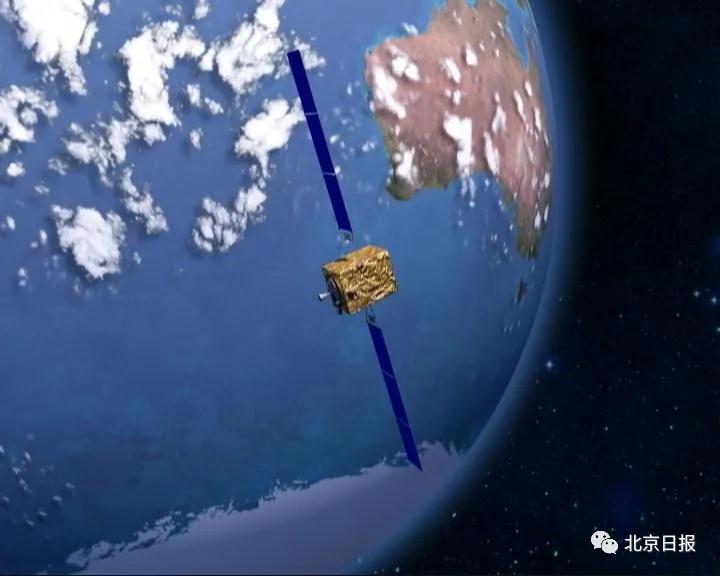 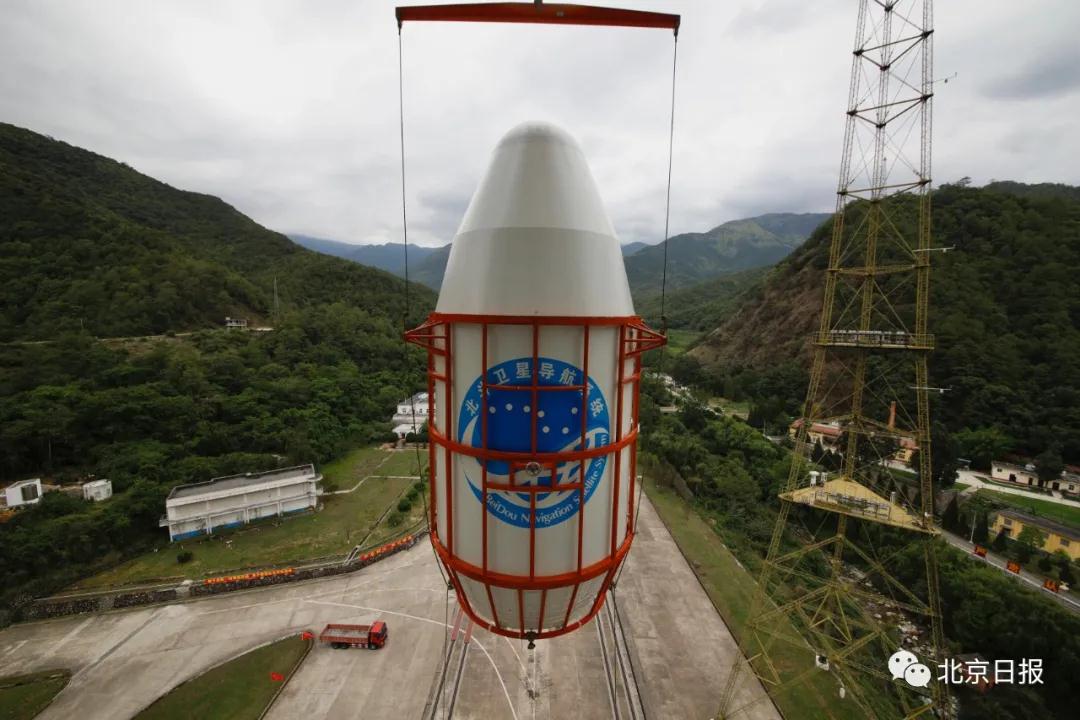 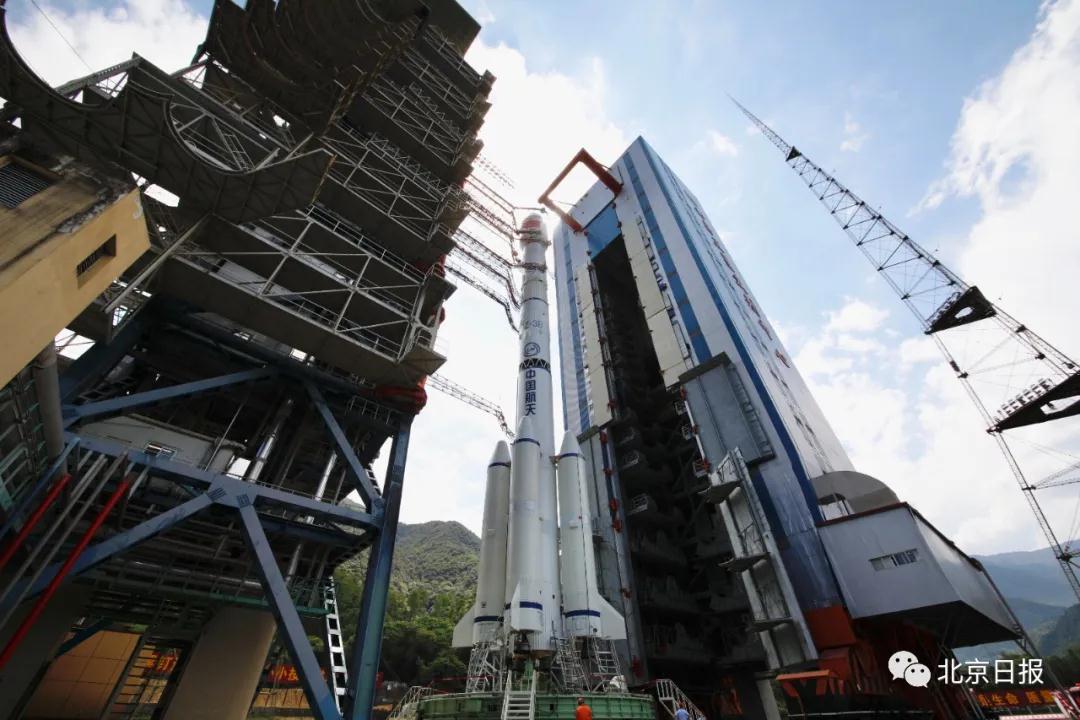 The reporter learned that as the last "closing star" of Beidou global navigation system,  "Yixing" is also a masterpiece in terms of localization. With independent intellectual property rights and core technologies, the localization rate of Beidou navigation satellite stand-alone and key components has reached 100%.
In addition, the service capacity of Beidou 3 is 10 times larger than that of Beidou 2. More people can enjoy the inclusive services of Beidou navigation system in the fields of communication, electric power, finance, surveying and mapping, transportation, fishery, agriculture, forestry and so on.

Why press the pause button 12 hours before launch?

according toLi Zhen, deputy chief designer of Long March 3A series rockets of rocket AcademyOn the evening of June 15, when the launch team was conducting a negative 12 hour pre launch function inspection, a technical problem was found, resulting in the pressure data lower than the design index requirements. Then the launch team carried out problem troubleshooting and found the fault point in a short time.

Although the indicators have been normal after troubleshooting, the astronauts have a basic principle before launch, that is, filling without doubts and going to heaven without hidden dangers.Therefore, the Beidou Engineering Headquarters conducted careful research on this technical problem. After discussion, the headquarters decided to postpone the launch.

"Astronauts who insist on 'being strict, careful, meticulous and realistic' in their work are also fighting for honor. For astronauts, every success will add one point of honor, and one failure is enough to clear the past honor." Li Zhen said.

When asked why he dared to press the "pause" button on such a launch mission of national concern,Li Zhen said, "this launch is the last star of the last step of the Beidou global navigation project and the symbol of the full completion of the construction of the Beidou system. Behind the decisive decision-making, it is deceptive to say that there is no pressure,However, in the face of great pressure, the headquarters made such a decision because it respected science and adhered to principles.

Highlight 2:  New technology to achieve long satellite life  Chi Jun, chief commander of beidou-3 satellite of the Fifth Academy of Aerospace Science and technology group, said that once the satellite navigation service is interrupted, the normal operation of the country and society will be greatly affected. Therefore, strict design requirements are put forward for the reliability and continuity of satellite navigation.  Beidou-3 satellite has taken a number of reliability measures to make the design life of the satellite reach 12 years and reach the advanced level of international navigation satellites. 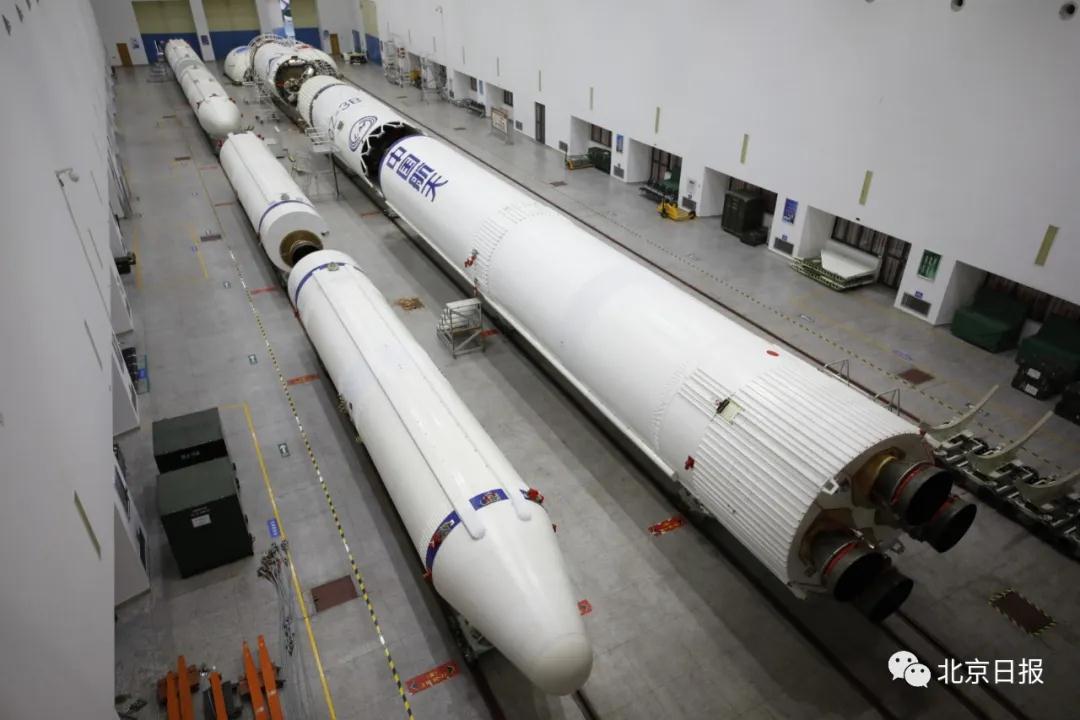 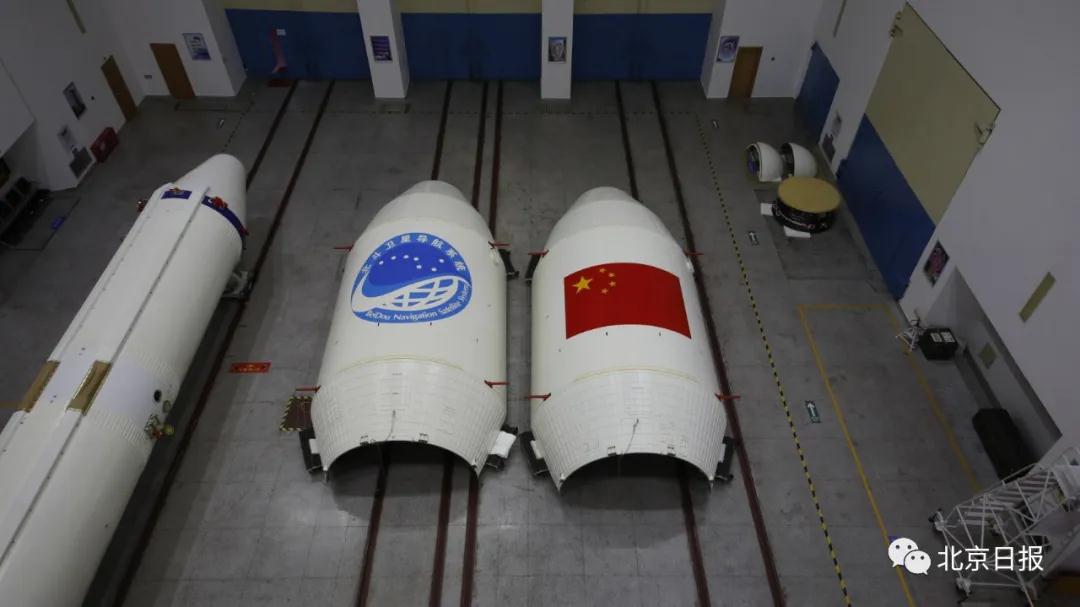 12 times  Times of beidou-3 networking tasks performed by the upper level of expedition-1
On November 5, 2017, the long march 3B / yuanzheng-1 carrier rocket successfully put the first double satellite of beidou-3 into the predetermined orbit at Xichang Satellite Launch Center. The satellite launched this time is the 24th and 25th satellites of Beidou satellite navigation system, and also the 1st and 2nd networking satellites of Beidou 3, opening a new era of global networking of Beidou satellite navigation system.
The upper level of expedition 1 successfully completed 12 missions during the launch of Beidou 3 project, and accurately put 24 MEO orbit satellites into the predetermined orbit, which laid a solid foundation for the final successful completion of the networking task of Beidou 3 project.

18 times  Number of beidou-3 missions performed by long-range 3A series rockets
Since the first beidou-3 launch of the long-range 3A series rockets on November 5, 2017, the long-range 3A series Rockets have completed 18 launches in more than two years, meeting the requirements of beidou-3 rapid networking.
The development team has increased the development and production capacity of liquid launch vehicles from 2 to 3 rounds a year to 8 to 10 rounds; The launch cycle was reduced from 60 days to 21 days, and the launch team was reduced from more than 200 to about 100, laying a solid foundation for the successful completion of high-density launch missions and the innovative development of launch vehicle management technology.

This article is reproduced from“Beijing Daily”, support the protection of intellectual property rights. Please indicate the original source and author for reprint. If there is infringement, please contact us to delete
Prev：20 years of Beidou, today's success! Changsany successfully launched the 55th Beidou satellite, and the global constellation has been deployed
Next：Lin Laixing's development and application of satellite navigation system in the past 50 years