Zhang Ping, academician of the Chinese Academy of Engineering: 5G has become a new business card in China 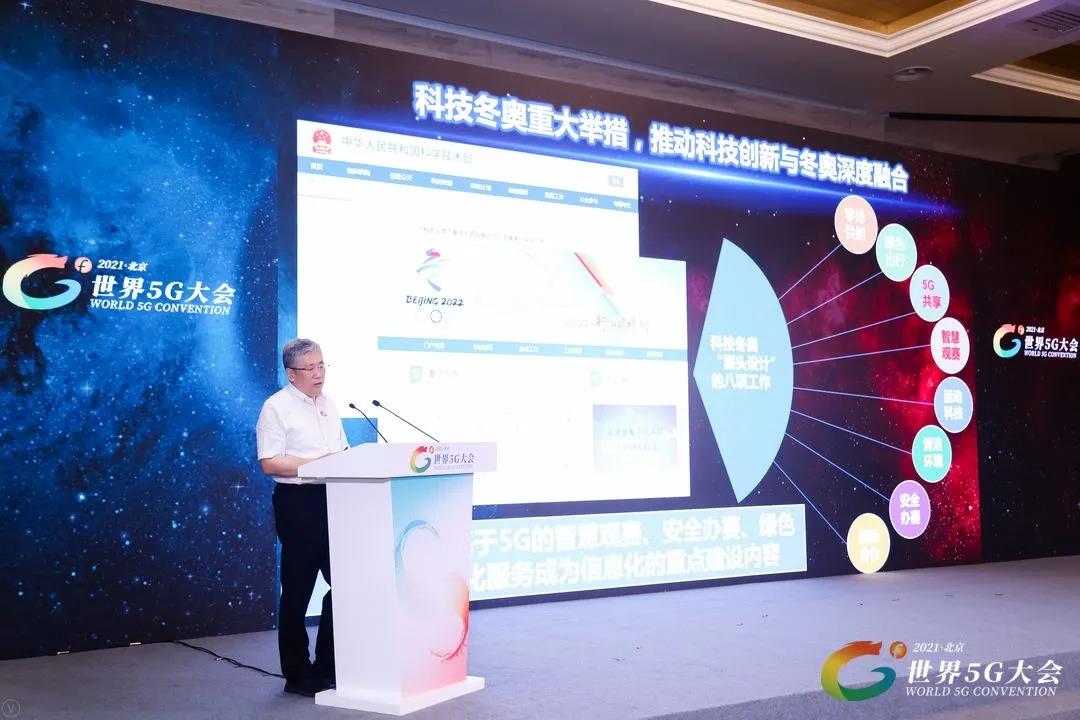 Looking back on the development of China Mobile's communication technology, 5G has entered a new stage after the continuous efforts of "1G blank, 2G follow, 3G breakthrough, and 4G running simultaneously". Today, my country's 5G construction has entered the first echelon, and 5G has become China's new business card.

In terms of the assistance of 5G and advanced technologies to the Winter Olympics, Zhang Ping pointed out that 5G empowers the Winter Olympics with science and technology to meet the needs of the three Winter Olympics hosting conferences, efficient collaboration and management, and realize ten applications, such as smart viewing, super High-definition live broadcast, sports technology, safe competition, etc., promote the leap-forward development of the winter sports sports. It enhances the viewing experience, deepens participation and expands the influence of communication, demonstrates China's scientific and technological concepts and power, and achieves a wonderful, extraordinary and outstanding Winter Olympics event.

Zhang Ping pointed out that the ability of communication is directly related to the environment, and different communication environments will have a great impact on the performance of communication. For example, smart live broadcast requires multi-angle observation and 5G in the competition area, 5G full coverage and 5G cloud broadcast infrastructure, as well as medical assurance measures.

In addition, he also introduced the construction progress of 5G in the Winter Olympics venue. At present, the design and construction of the 5G network verification plan for the Yanqing alpine skiing venue, the Beijing-Zhangjiakou high-speed railway and the office area of the Olympic Organizing Committee have been completed, and the 5G network is running stably in the built area.

He said that the mobile ubiquitous smart environment is mainly composed of the physical space environment of the arena, the access and collaborative work between multiple networks, and the digital ubiquitous and digital network. Through the direct access of heterogeneous business scenarios, a mobile ubiquitous smart environment information sharing center is formed for the service registration system, node registration system, and data registration system. The combination of virtual and real has been well applied, and different work has been done in VR, AR, XR and autonomous driving. Under the guidance of this concept, a smart environment with virtual and real integration and two-way governance has been completed. At the same time, it achieved the best performance before, during and after the game, obtained the full-cycle multi-dimensional needs, and met the needs of the eight major customer groups of the Olympic Games.

In his speech, Zhang Ping also introduced one-stop services such as cloud broadcasting, "one ticket", smart venues, and epidemic prevention punch cards provided by the 5G-supported "Technology Winter Olympics" mobile ubiquitous smart town. He said that such applications can continue to provide reference for urban management after the Beijing Winter Olympics. He said: The basic platform of information-based infrastructure management and control has been formed by creating virtual reality, which constitutes a demonstration platform and leaves an Olympic legacy for the regional development, urban governance and cultural dissemination of the Science and Technology Winter Olympics. Practice the concept of China's scientific and technological social governance in the field of the Olympic theme, and provide support for the comprehensive management of cities in the future.

The content comes from the network/C114 communication network. This website only provides reprints. The opinions, standpoints and technologies of this article have nothing to do with this website. If there is any infringement, please contact us to delete it!