Why should China develop 5g millimeter wave when sub-6ghz network is fully launched? 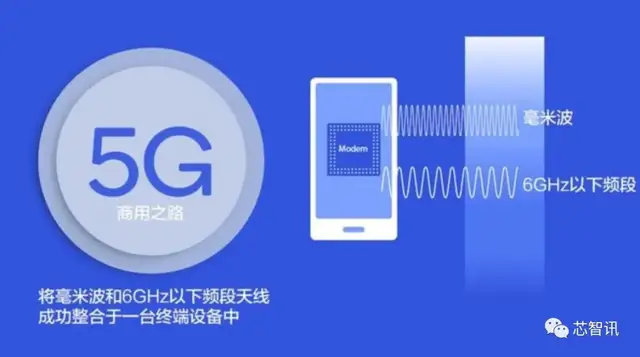 In 2019, the world radiocommunication Conference (wrc-19) of the International Telecommunication Union (ITU) has determined that the millimeter wave band between 24GHz and 86ghz will be used for international mobile communication (IMT), of which 24.25-27.5ghz, 37-43.5ghz and 66-71ghz bands are IMT bands with global integration.

Compared with the 5g system of sub-6ghz (frequency band below 6GHz), 5g millimeter wave communication has a large bandwidth from 24GHz to 100GHz, which makes it have unique advantages such as higher rate, lower delay and flexible elastic air interface configuration, and can effectively meet the requirements of future wireless communication for system capacity, transmission rate and differentiated applications.

For example, in terms of transmission rate, Okla's latest analysis based on a large number of measured data from its Speedtest application shows that the 5g millimeter wave band can reach 16 times that of the sub-6ghz band.

In addition, the higher downlink rate of 5g millimeter wave can support intensive spatial reuse while reducing interference, and can better solve the congestion problem of a large number of users accessing the Internet in the same area at the same time. It is especially suitable for applications in densely populated scenes such as stations, airports and stadiums.

In relevant industry application fields, such as ultra-high definition video live broadcast, security monitoring, telemedicine and some industrial applications, which have high requirements for upload rate and low delay, the characteristics of 5g millimeter wave large uplink and lower delay can better meet these requirements. 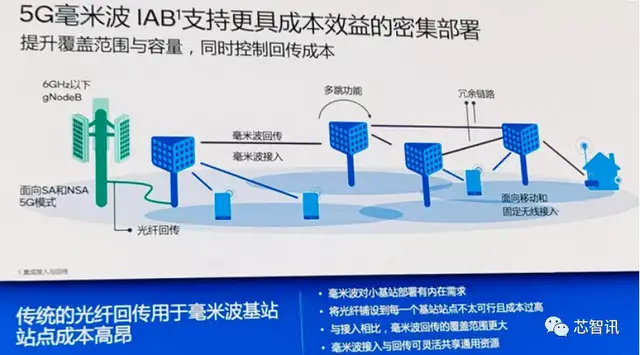 In addition, millimeter wave technology can also be applied to 5g Internet of vehicles (v2x) to provide positioning services far exceeding the accuracy of GPS and LTE (the accuracy can reach sub meter level).

Although millimeter wave has more advantages in speed and time delay than sub-6ghz band, it also has its limitations, such as easy signal attenuation, poor penetration and easy to be blocked; Although there are beam forming, beam tracking and other technologies that can solve these problems well. However, sub-6ghz band still has greater advantages in coverage and deployment cost.

In a word, the deployment of 5g millimeter wave network and sub-6ghz network is not a competitive and alternative relationship, but a complementary relationship. Use sub-6ghz to realize 5g wide coverage, and use millimeter wave system to realize indoor venues (sports events, concerts, large conferences), transportation hubs (subway stations, high-speed railway stations) and office area coverage, as well as outdoor hot spot coverage, wireless broadband access, etc. The coordinated deployment of millimeter wave and sub-6ghz can realize the organic combination of large capacity and wide coverage.

If the sub-6ghz network solves the problem of 5g coverage, the 5g millimeter wave network can give full play to the advantages of 5g to release greater value.

Meng Pu, chairman of Qualcomm China, also said: "To achieve the original design goal of 5g, we need to use all spectrum resources. The low and medium frequency band of sub-6ghz can achieve the balance of coverage, capacity and performance, while the high-frequency millimeter wave above 24GHz can support the ultimate 5g performance and capacity, bring the next-generation wireless connection experience to many scenes and industries, and bring ultra reliable and low delay to vertical fields such as industrial Internet "Mobile communications."

At present, 5g millimeter wave deployment has been carried out in the United States, Japan, Europe and Southeast Asia. According to the data released by GSA in March this year, more than 150 operators around the world are investing in 5g millimeter wave technology. 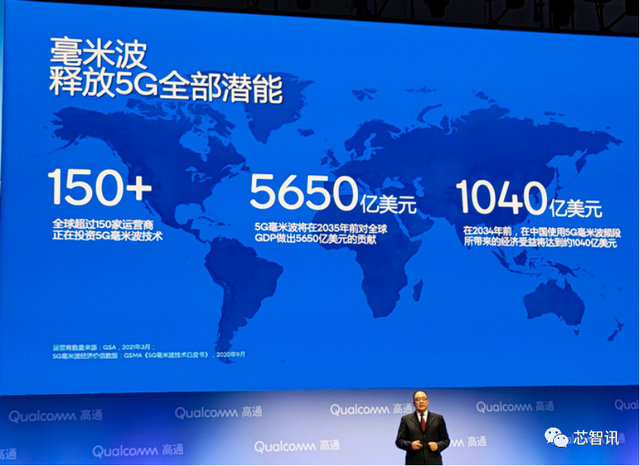 In October 2019, under the organization of imt-2020 (5g) promotion group, ZTE and Qualcomm realized China's first 5g millimeter wave interoperability test (iodt) based on smart phones. Two months after the new millimeter wave MIMO OTA test method was defined in the 3GPP rel-16 version released in early July 2020, at the end of September, under the organization of the imt-2020 (5g) promotion group, Qualcomm took the lead in completing the millimeter wave performance test based on the 3GPP rel-16 MIMO OTA test method in the MTNet Laboratory of the Academy of communications and communications. So far, Qualcomm has become the first chip manufacturer in China to participate in and pass all ten 26ghz 5g millimeter wave RF tests.

While millimeter wave testing is advancing in an orderly manner, the characteristics of chip products are also continuously optimized for China's millimeter wave deployment needs. On May 19, 2021, Qualcomm announced the launch of upgrade features and functions specifically for its world's first 10Gbps 5g modem and RF system, Xiaolong X65, released in February: supporting millimeter wave 200MHz bandwidth and millimeter wave SA mode, so as to meet the key requirements for millimeter wave network deployment in China.

In view of the industrial application scenario of millimeter wave, the upstream and downstream manufacturers of China's millimeter wave industry are making efforts. On May 21, 2021, under the technical guidance of imt-2020 (5g) promotion group and China Unicom, ZTE, China Unicom, Qualcomm and TVU networks successfully completed the world's first 5g millimeter wave 8K video return business demonstration based on large uplink frame structure in the 26ghz (n258) band in the laboratory environment. 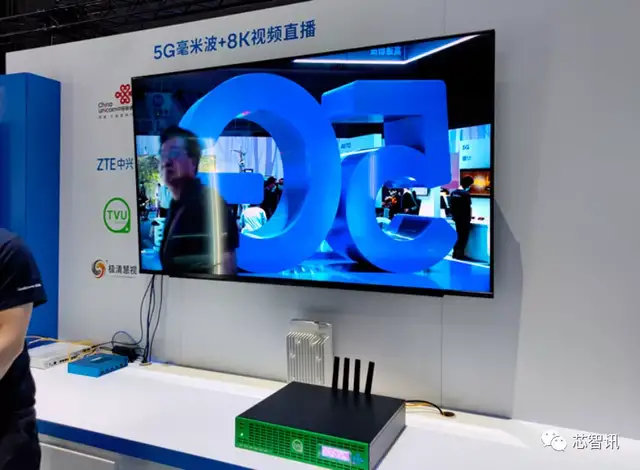 According to the 5g millimeter wave test plan of imt-2020 (5g) promotion group, the millimeter wave large uplink frame structure will be promoted in 2021 to support differentiated application scenarios. The real-time transmission of UHD video, especially 8K video, has very high requirements for the uplink bandwidth of mobile network. The dsuuu frame structure used in this demonstration increases the uplink peak rate of the existing millimeter wave technology to three times by allocating more time slots for the uplink. The demonstration verifies the super uplink capability of 5g millimeter wave, which is of great significance to meet the uplink large bandwidth requirements of many 5g industry applications in the future. 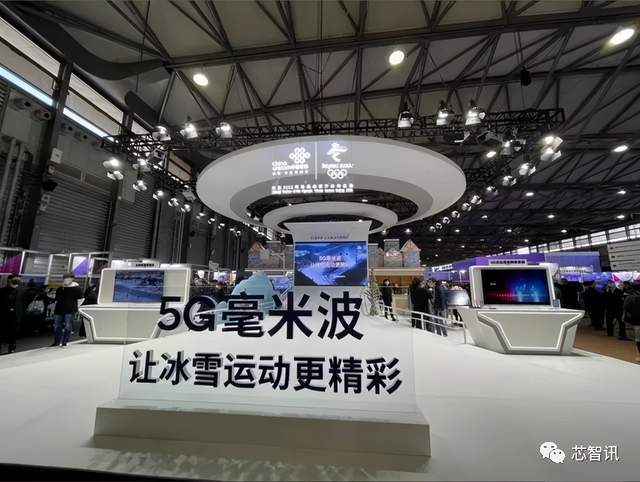 5g millimeter wave technology is still evolving, or an important part of 6G

According to the 6G white paper "next generation hyper connectivity experience" released by Samsung last year, the 6G peak rate will reach 1000gbps and the delay will be as low as 100US. It is possible to complete and commercialize as early as 2028, while large-scale commercialization may be realized around 2030. For these key indicators and time nodes, the views of other communication manufacturers are basically the same. 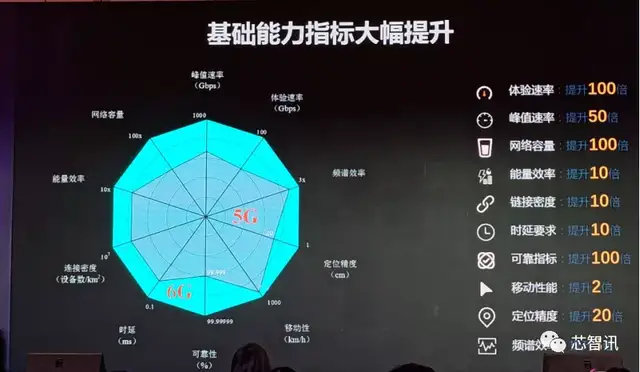 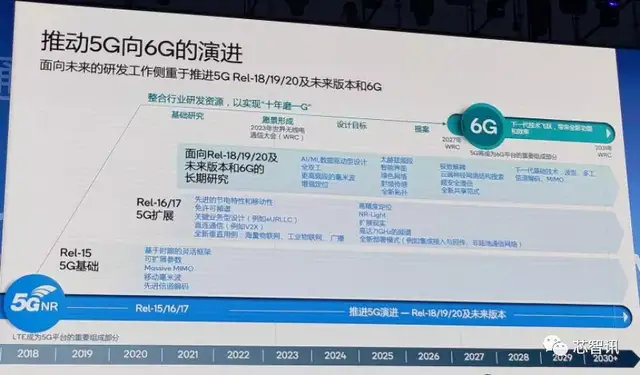 In mid-2020, Yang Tao, vice president of Huawei's China operator business department, also publicly disclosed that Huawei has been participating in the pre research work related to 6G. The pre researched 6G is mainly in millimeter band and is in the stage of scene mining and technology search.

It is worth mentioning that at the end of 2019, the equipment technology laboratory under NTT group of Japan has developed 6G ultra-high speed chip made of indium phosphide (INP) compound semiconductor, and conducted high-speed wireless transmission experiment in 300GHZ band. When 16QAM modulation is adopted, the wireless transmission rate can reach 100gbps. If the combination of spatial multiplexing technologies such as MIMO and OAM is used, it is expected to achieve high-capacity wireless transmission of more than 400gpbs, which is close to the 6G peak rate requirement.

In addition, in order to realize the integrated high-speed communication network of air, earth and sea, the millimeter wave band will also be the first choice for inter satellite links, user links covered by satellites, and feed links from satellites to ground stations.

The content comes from the network/ Xinzhixun, this website only provides reprint. The views, positions and technologies of this article have nothing to do with this website. If there is infringement, please contact us to delete it!

Prev：Xu Ying, the "goddess of the Big Dipper", and Huang Shiqing, a professor of mechanics, returned to Renshou No. 1 middle school to give a lecture
Next：Xidian Professor Liu Ying: the antenna leads the direction and hides the dream