On the morning of June 23, the last global networking star of Beidou 3 was successfully launched.

From its launch in 2009 to today's 30th satellite, the completion of the beidou-3 system marks the successful conclusion of the "three-step" development strategy for the development of satellite navigation system suitable for China's national conditions since the 1980s.

24 medium circular earth orbits, 3 geostationary orbits and 3 inclined geosynchronous orbits, and almost every Beidou satellite shining in the sky has gathered the painstaking efforts and contributions of researchers from Shanghai.

"One star, one star"

This year, the team has just been established for ten years. The average age of the team members is only in their thirties. It can be described as a recruit in the aerospace field. It is this "awesome" force that injects more innovative inspiration into the satellite research and development in which Wenzi takes the lead. In the research and development process of beidou-3, they have completed hundreds of key technologies and satellite applications. 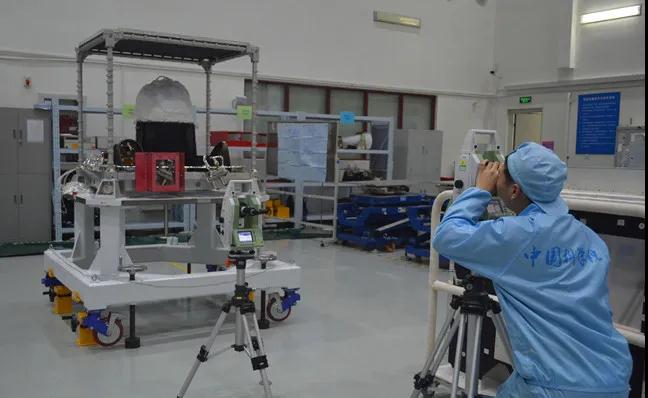 ▲ researchers are measuring the accuracy of beidou-3 satellite (provided by the Institute of microsatellite innovation, Chinese Academy of Sciences)

They put forward the original design concept of "function chain", optimized and integrated the internal resources of the satellite to the greatest extent, replaced more than 20 computers originally used for control with a high-performance computer, and greatly reduced the cost while improving the function density.

More importantly,They made a breakthrough in inter satellite link technology, realized "one satellite, one star", enabled satellites to "talk in the sky", and solved the bottleneck restricting Beidou's global networking. 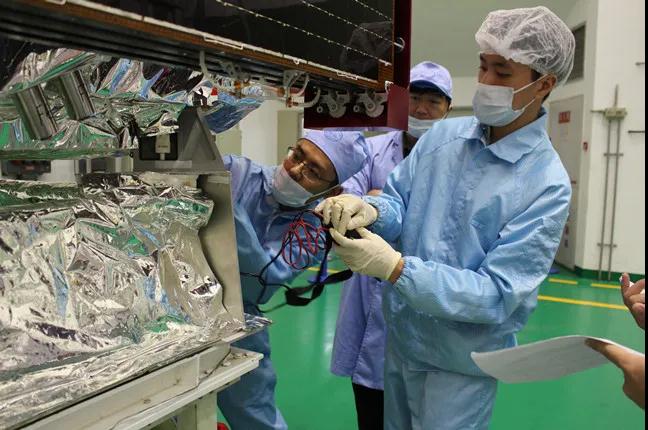 ▲ General Assembly of Beidou 3 at the launch site (provided by the Institute of microsatellite innovation, Chinese Academy of Sciences)

In addition, beidou-3 also adopts a solid-state amplifier based on high-power gallium nitride for the first time to effectively improve the signal quality; It breaks through the high-precision time-frequency seamless switching technology and lays a foundation for realizing the high continuity of global system signals; Adopting the architecture of domestic Godson flash fills the gap of domestic aerospace processor, realizes the localization of all core devices, and drives the development of the whole industrial chain.

While watching the successful launch of the last beidou-3 global networking satellite into orbit, the team has begun a new journey. According to the needs of China's navigation strategy, a more ubiquitous, integrated and intelligent integrated positioning and navigation timing system will be built in 2035. They will continue to fight for the next generation of navigation satellites.

Build a strong "heart" of Beidou

6 million years, with an error of 1 second

To achieve decimeter and centimeter navigation and positioning accuracy, Beidou satellite must have a strong and reliable "heart" - on-board atomic clock, as well as a sharp and sober "brain" - information processing system. 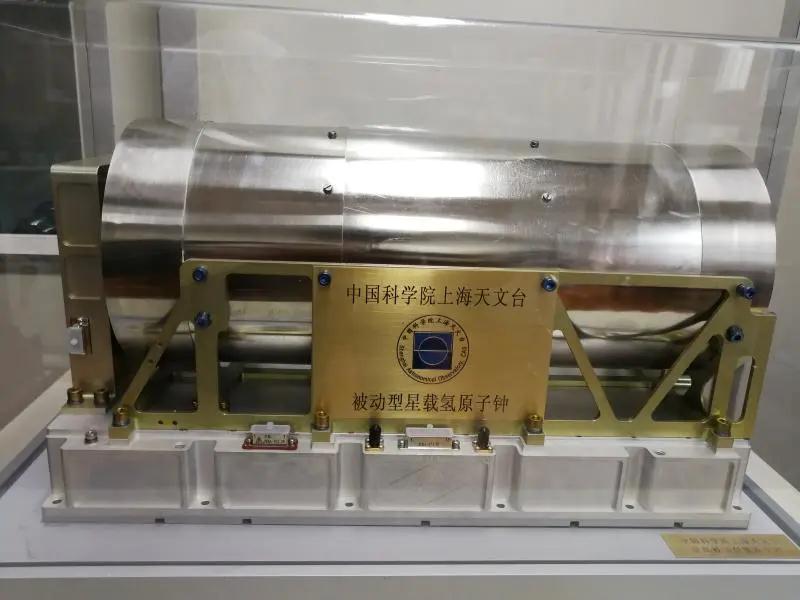 Over the past five years, the performance of the hydrogen clock following the Beidou satellite has been continuously improved, and the independent control of components, raw materials and core technologies has been fully realized.This time, a hydrogen clock provided by the Shanghai Observatory followed the "official receiving star" to heaven. Its accuracy has reached an error of less than 1 nanosecond per day, which is equivalent to an error of 1 second in 6 million years. It is one of the best atomic clocks in the sky at present.

At the end of Beidou, researchers at the Shanghai Observatory have developed a more lightweight Beidou "heart": successfully reducing the weight of the hydrogen clock from 23 kg to 13 kg, and three will be delivered to users at the end of the year for the Beidou supplementary network satellite next year. 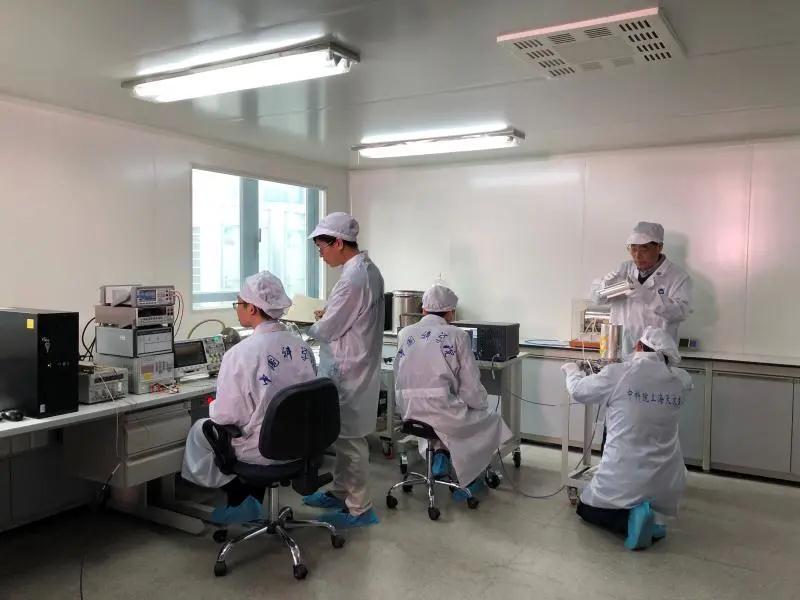 With a strong "heart" and a keen "brain". The Shanghai Observatory has developed a "strongest brain" for Beidou that can correct errors in real time and make multiple backups, so as to meet the positioning requirements of "fast, accurate and stable".

In order to make the "strongest brain", Hu Xiaogong, technical director of information processing system of Shanghai Observatory of Chinese Academy of Sciences, led the team to experience the painful transformation of "from scientist to engineer".

They encountered too many unexpected situations when they applied the formulas left by Newton and Einstein to the orbit calculation of man-made celestial bodies such as orbiting satellites. final,They overcame various unfavorable conditions, proposed and realized the satellite earth satellite joint precision orbit determination technology of "inter satellite link of regional monitoring network" for the first time in the world, specially designed the algorithm, and finally realized the precision positioning performance index of Beidou 3.

In order to further calculate the Beidou precision, the Shanghai Observatory has also developed a special laser "celestial ruler" - the first mobile all-time satellite laser ranging system in China, with a maximum ranging of 38800 kilometers. It has been successfully applied to the centimeter precision laser ranging of Beidou satellite. All these have made irreplaceable key contributions to the realization of global service of Beidou satellite navigation in China.

Make location-based services as convenient as the Internet

If we say that both the MICROSTAR Research Institute and the Shanghai Observatory are constantly fighting for the networking of the Beidou navigation system, Chihiro location, a Shanghai high-tech enterprise, makes the "Beidou signal" into a convenient service experience like using the mobile Internet through cloud computing and big data processing.

Centimeter level positioning, millimeter level sensing and nanosecond time service are the results achieved by the new system built for the field of global satellite navigation in the past five years。 By 2019, the high-precision service of this system can cover most parts of China except no man's land. 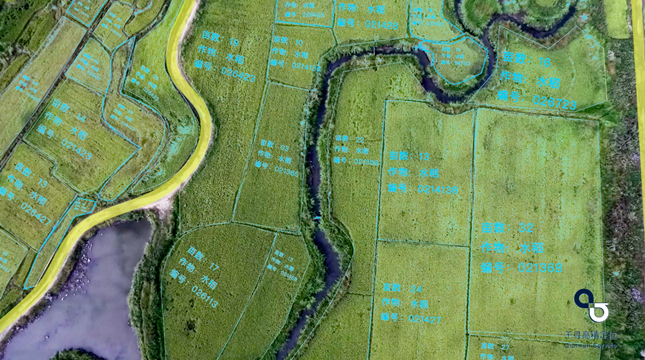 ▲ the operation demonstration diagram of agricultural plant protection UAV displayed by the Chihiro position positioning system has a positioning accuracy of centimeter level, which can effectively reduce the amount of pesticide spraying (Chihiro position is provided for the map)

"After Beidou completes its global networking, we will provide global enhanced services synchronously within this year, and the whole link supports the latest signal of Beidou 3." Chen Jinpei, CEO of Chihiro position, said that at present, the company's two core products have supported the latest signals.

Since November 2019, Chihiro has replaced the core equipment in the Beidou satellite foundation enhancement station with the self-developed "Qianlong" space-time server to improve the processing capacity of all satellite navigation public service signals including Beidou 3. The replacement work is coming to an end.

With the successful launch of Beidou global networking star, Chen Jinpei believes that a broader market is about to emerge, "Beidou accelerated positioning will serve more than 1 billion users in the next three years".

Over the past five years, Chihiro has cooperated with global mainstream chip manufacturers and industry partners, and has combined Beidou high-precision positioning technology with 5g and artificial intelligence to promote the implementation of Beidou applications in the fields of automatic driving, industry upgrading, surveying and mapping, intelligent city and public services. It is estimated that this year's autopilot equipped with Beidou high-precision positioning technology will have six models formally mass produced and listed.

▲ scene demonstration diagram of Chihiro position positioning system. In the future, each vehicle will be labeled with accurate time and space label to better realize vehicle road coordination (Chihiro position for map)

Beidou navigation opens a vast world. In 2019, Chihiro launched the "Beidou smart maker" competition to open relevant technology platforms and allow all kinds of innovative enterprises and individuals to jointly participate in the application development of high-precision positioning capability. As a result, the post-95s accounted for 40% of the contestants, and 70% of the contestants were no more than 35 years old.

June 23 is the day when the global networking of Beidou system ends and a new era of Beidou navigation application starts.

This article is reproduced from“Xu Qimin, Shanghai Science and technology”, support the protection of intellectual property rights. Please indicate the original source and author for reprint. If there is infringement, please contact us to delete

Prev：Lookout ｜ successful launch, "Star" high light! What changes will be brought about by the completion of Beidou global networking deployment?
Next：How does China do it for global navigation?