Recently, I discussed the error model and calibration process of vector network analyzer with a colleague in the industry. I briefly sorted it out and shared it with you. Welcome to discuss it together.


The error model of vector network is really not easy to understand. Generally, only those who develop vector network or specialize in testing technology will explore it in depth. Before using vector network test, system error calibration is required. The purpose is to correct the error term introduced by the test device itself and obtain the real s parameters of DUT.


Figure 1 is the equivalent schematic diagram of a reflectometer. The reason why the reflection coefficient can be tested is that it includes a directional element directional coupler (VSWR bridge is mostly used in low-frequency vector network), which realizes the separation of incident wave and reflected wave. 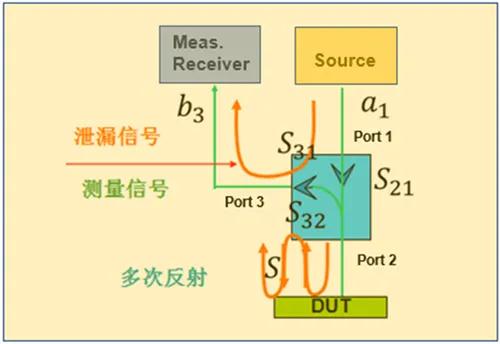 For simplicity, the signal flow diagram in the above figure can be drawn first, as shown in the following figure:（ ΓDUTIs the true reflection coefficient of the DUT).

B can be obtained directly from the signal flow diagramthreeExpression for:

The measured values of the simplified reflection coefficient are as follows:

In order to expand to the case of two port test, the error two port network is introduced, which is an equivalent two port network, including four s parameters Ei,j, corresponding to R, D and s: r = e01&middot; eten，D= e00/R，S= eeleven.

Each port of vector network can obtain such an equivalent error two port network. The errors involved in dual port test are much more than those in single port test, so more complex calibration methods are needed to complete the correction of test results. 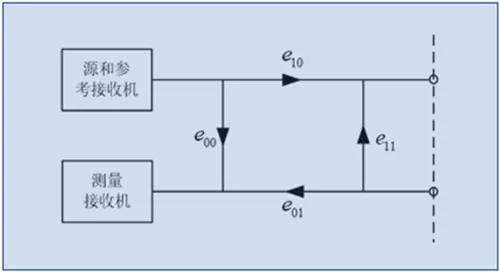 The most classic dual port system error calibration is tosm (through, open, short, match), sometimes also known as sort (L, load). Tosm calibration is applicable to the 12 item error model. Finally, 10 errors are obtained through simplification, and tosm calibration can provide just 10 equations, so the solution of the error term can be uniquely determined.

Next, take the forward test of dual port network as an example to observe the possible signal paths: a total of 1 ~ 5 possible signal paths. The signal path 5 is the crosstalk of the port or the test fixture. For simplicity, this item is not included in the following formula, that is, it is considered that the ports are ideally isolated.

According to the signal flow diagram, the forward transmission coefficient s is testedtwenty-oneWhen, the error mainly comes from the transmission frequency response of the test device itself, multiple reflections of the test reference surface, etc. when mapped to the error two port network, as shown in Fig. 5, combined with the signal flow diagram corresponding to Fig. 4, s can be derivedtwenty-oneThe expression between the measured value and the error term. 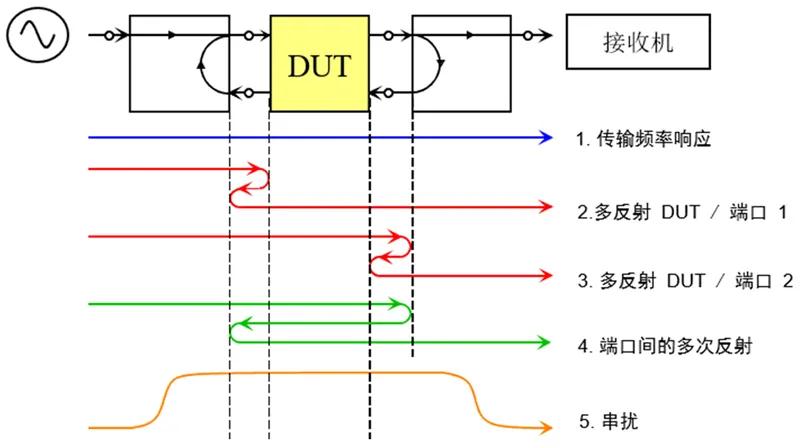 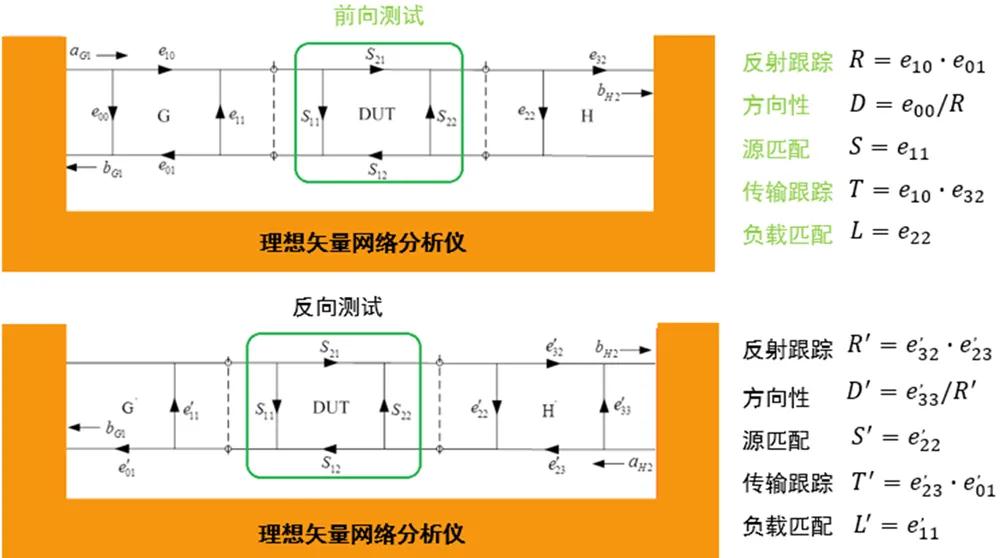 After tosm calibration, these 10 errors can be obtained, and then the real four s parameters can be calculated by substituting them into the above formula.

This article is reproduced from“Microwave RF network”, support the protection of intellectual property rights. Please indicate the original source and author for reprint. If there is infringement, please contact us to delete.