The basic structure of coaxial connector includes: central conductor (male or female central contact); Dielectric materials, or insulators, inside and outside the body; The outermost part is the outer contact, which plays the same role as the outer shielding layer of the shaft cable, that is, transmitting signals, acting as a shielding or grounding element of the circuit. Coaxial connectors are mainly divided into SMA, SMB, BNC, TNC, SMC, n-type, BMA, etc. 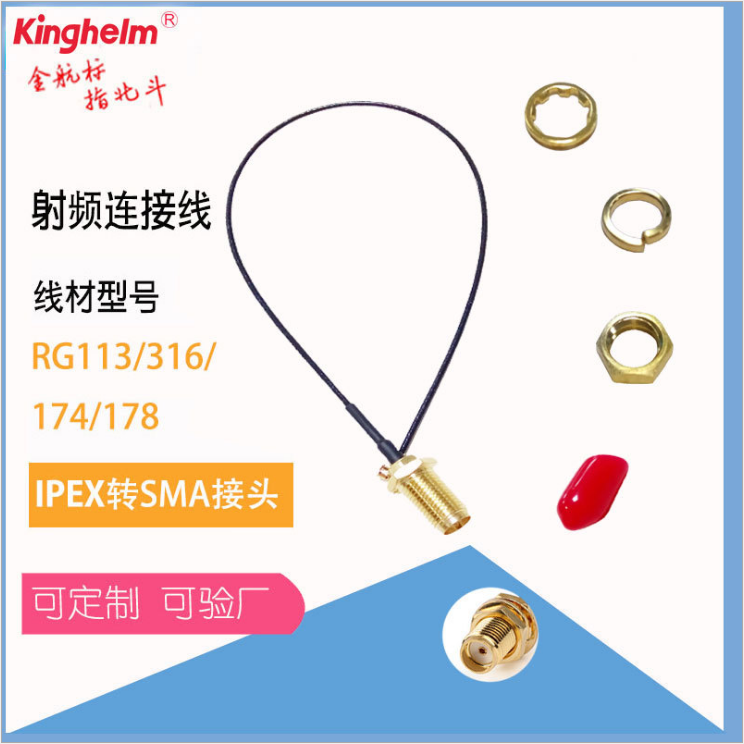 Female: female joint. The thread is outside and there is a hole inside. Sometimes it is also called "K" port. Such as SMA (f)

RP: reverse polarity means that the head is opposite to the needle inside.

Bulkhead: it refers to the joint with lockable screws on the board, including Huawei, screw cover and retaining wall (such as SMA female bulkhead), which is generally used for board cards

PCB: it is a joint with feet that can be welded on the board. (e.g. SMA femal PCN).

Panel: it is a connector with screw holes that can be locked on the board with screws. (such as SMA panel mount) usually has 4 holes and 2 holes. 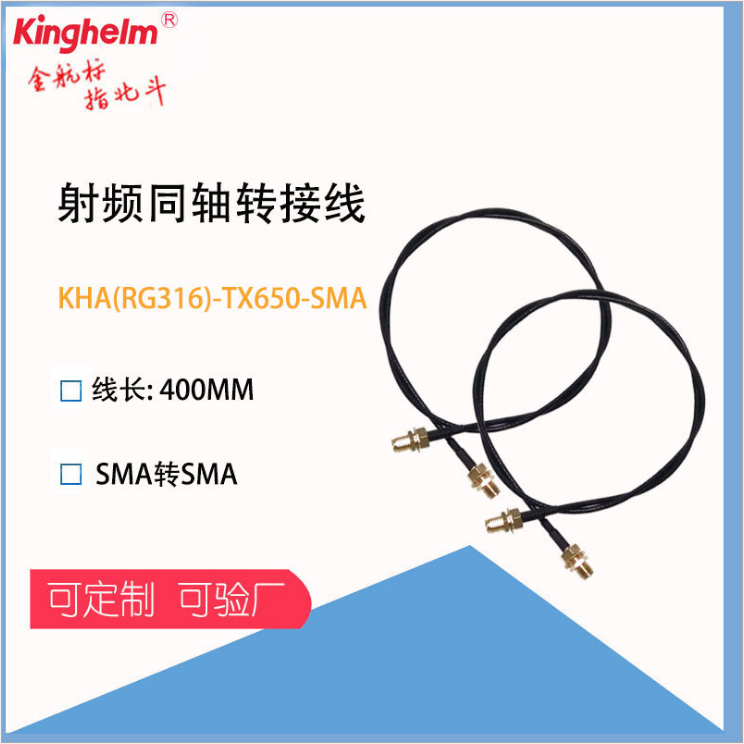 Considering the effect of feeder, of course, the thicker the better. However, the coarser it is, the more expensive it must be, and the price of connectors is not cheap, so it is difficult to handle it  To make it more troublesome. Therefore, select the feeder, "appropriate" is OK.

3.1、SMA
SMA series connector is a widely used small threaded coaxial connector with long service life, superior performance and high reliability. It is widely used in RF loop, RF coaxial cable or microstrip of microwave equipment and digital communication equipment.
In wireless equipment, it is commonly used for GPS clock interface on single board and test port of base station RF module. At this stage, the most common interface of handheld walkie talkie has been very common.

3.2、SMB
SMB coaxial connector is a small push locking RF coaxial connector, which has the characteristics of small volume, light weight, convenient use and excellent electrical performance. It is suitable for connecting coaxial cables in the high-frequency circuit of radio equipment and electronic instruments. On wireless devices, it is often used to connect E1 transmission cable at the base station side to DDF small transmission box at the base station. 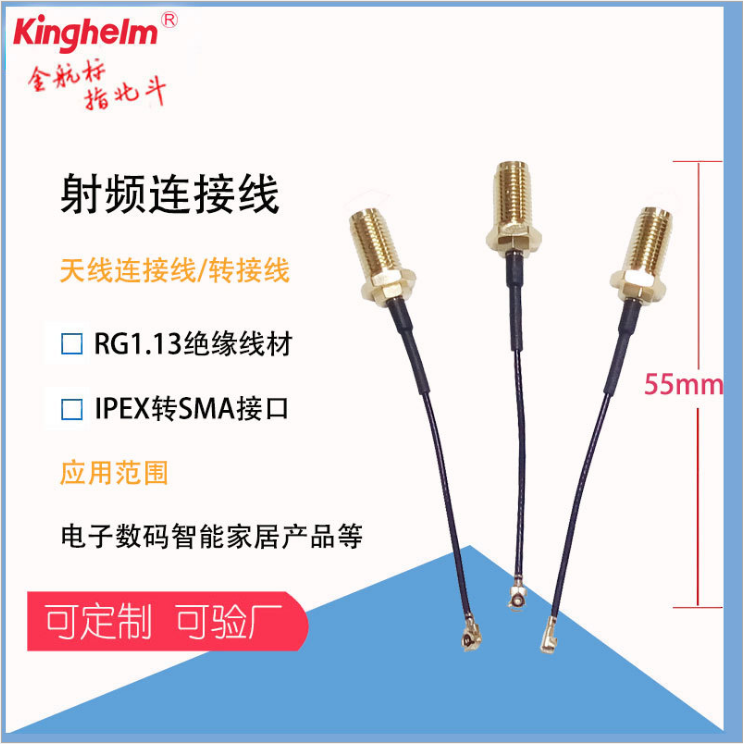 3.3、BNC
Bnc coaxial connector is a bayonet RF coaxial connector, which has the characteristics of rapid connection and reliable contact. It is widely used to connect RF coaxial cables in the field of radio equipment and electronic instruments. Nowadays, it is used for monitoring, radio, detector and other equipment that often needs to be replaced at any time.

3.4、TNC
TNC coaxial connector is a threaded RF coaxial connector, which has the characteristics of wide working frequency band, reliable connection and good seismic performance. It is used to connect RF coaxial cables in radio equipment and instruments, especially in mobile communication equipment under vibration conditions.

3.5 type n
N-series coaxial connector is a medium and high-power connector with threaded connector structure. It has the characteristics of strong seismic resistance, high reliability and excellent mechanical and electrical performance. It is widely used to connect RF coaxial cables in radio equipment and instruments under vibration and harsh environmental conditions.

3.6、DIN
Din type (also known as 7 / 16 or L29) series coaxial connector is a larger threaded connector, which has the characteristics of firmness and stability, low loss, high working voltage, and most of it has waterproof structure. It can be used outdoors as a connector for medium and high energy transmission, and is widely used in microwave transmission and mobile communication systems.

It is commonly used in base station antenna feeder connector, antenna connector, etc. 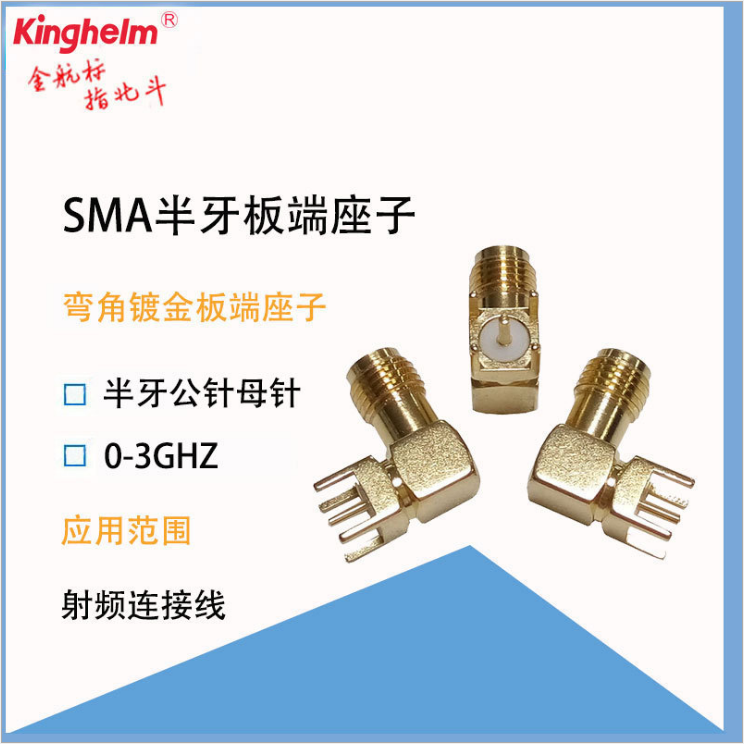 4、 Some basic knowledge of antenna

Hugo: for coaxial lines, we are mainly concerned about power transmission and energy attenuation in the transmission process. In order to maximize the power transmitted by the coaxial line, there should be a ratio between the inner and outer conductors of the coaxial line. For the coaxial line with air as the medium, when the outer radius / inner radius = the square of constant e, the transmitted power is the maximum, and the characteristic impedance is 30 Ω. When the outer radius / inner radius = 3.59, the attenuation is the minimum, and the characteristic impedance is 77 Ω. In order to have both, the compromise value is 50 Ω. Of course, 75 Ω coaxial lines in some equipment are also in use, such as cable TV system. 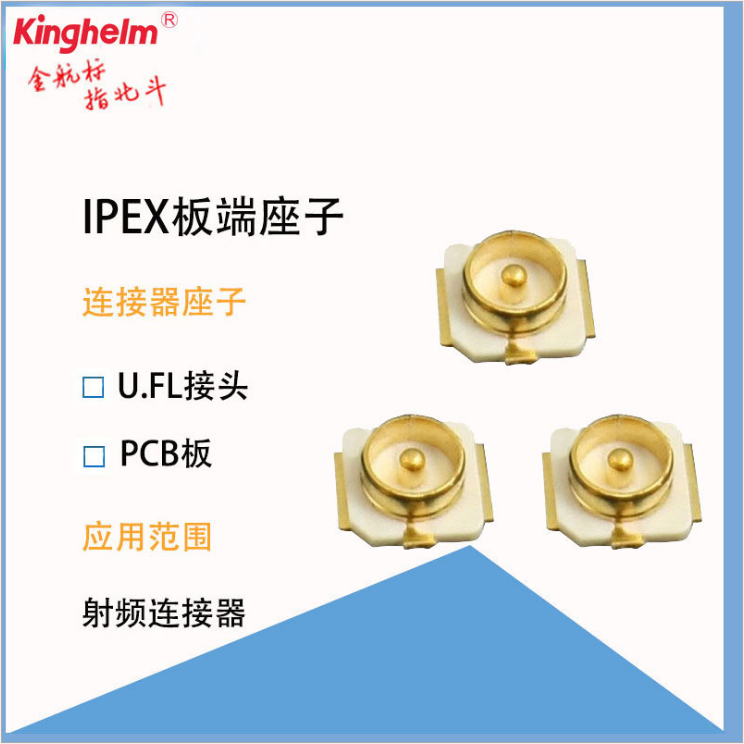 
Prev：Who is better than Chinese Beidou and American GPS?
Next：Why did China work hard to develop Beidou? It was forced to hurry!