Generally speaking, the fundamental problem to be solved by unmanned driving is: where is it now? Where are you going? Which way?

"Where is it now" is the positioning technology we are going to discuss today. Only when an driverless car knows the location of its own car, combined with the surrounding environment information and destination information, can it decide where to go next.

At present, there are no more than three high-precision positioning technologies for automatic driving:

one. positioning based on electronic signals, such as global satellite navigation system GNSS;

threeEnvironmental feature matching, that is, the positioning based on lidar and visual sensor, such as lidar matching, needs to first establish a point cloud map, and then match the real-time data collected by lidar with the point cloud to determine the current position information of the vehicle.

These three methods have their own advantages. Today, let's take a look at GNSS positioning technology.

GNSS (Global Navigation Satellite System) isGlobal navigation satellite system, is a general term, including GPS in the United States, BDS in China, GLONASS in Russia and Galileo in Europe.

The principle is easy to understand, that isThe position of the ground receiver is determined by four satellites with known positions。 We take GPS as an example to explain the principle of satellite positioning. 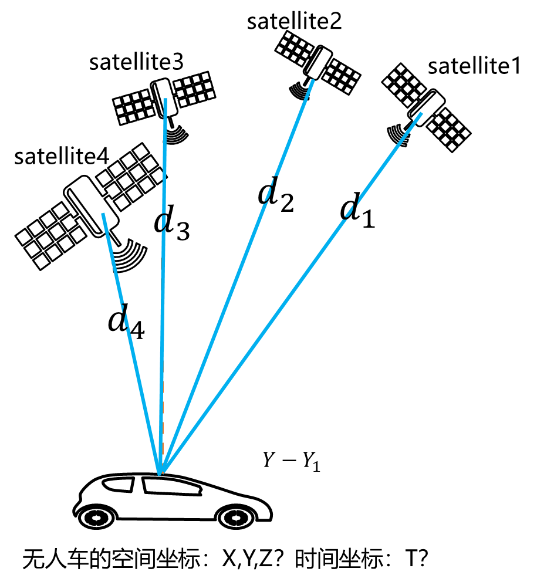 According to the knowledge of solid geometry, the current position information of GPS receiver can be obtained. 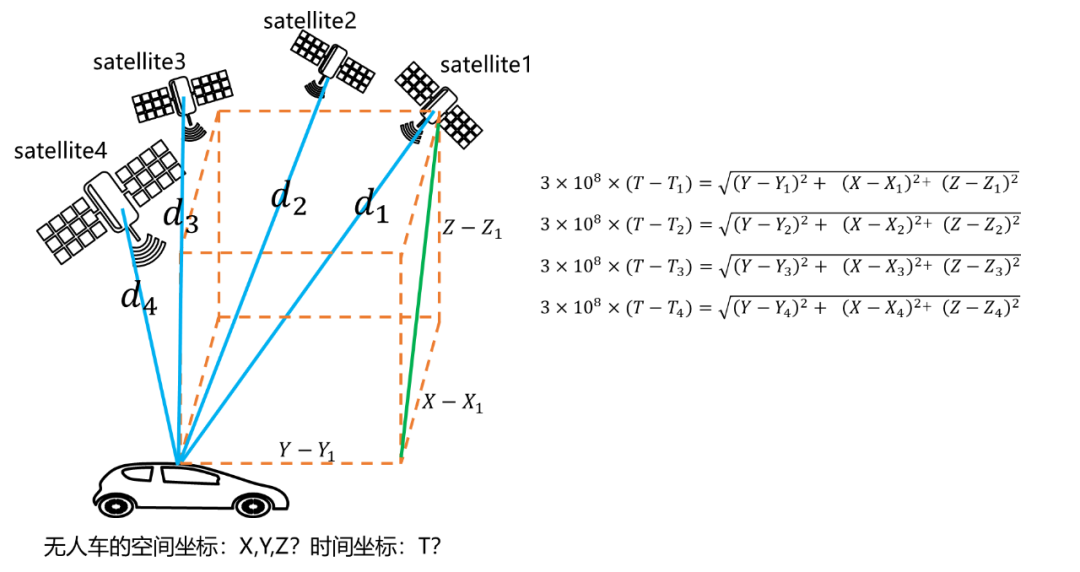 The most difficult problem of GPS positioning is error. There are many reasons for positioning errors, such as ionosphere, receiving equipment, occlusion and multipath effects. Occlusion is the failure to receive satellite signals. Multipath effect is that it can not only receive the signal directly sent by the satellite, but also receive the signal reflected by tall buildings. In this way, the propagation time will be wrong, and then the location of the solution will be wrong.

A ground-based augmentation system is arranged on the known coordinate points, commonly known as the base station. The base station can also receive the satellite signals, calculate the coordinate values according to these signals, and then compare them with the known coordinates to obtain the deviation. Then, the deviation is sent to the GPS receiver to be located in real time through the data transmission link (the data transmission link is equivalent to the data line, but the data line is wireless) or mobile communication network. The GPS receiver to be located modifies it according to the received information, so as to improve the positioning accuracy. 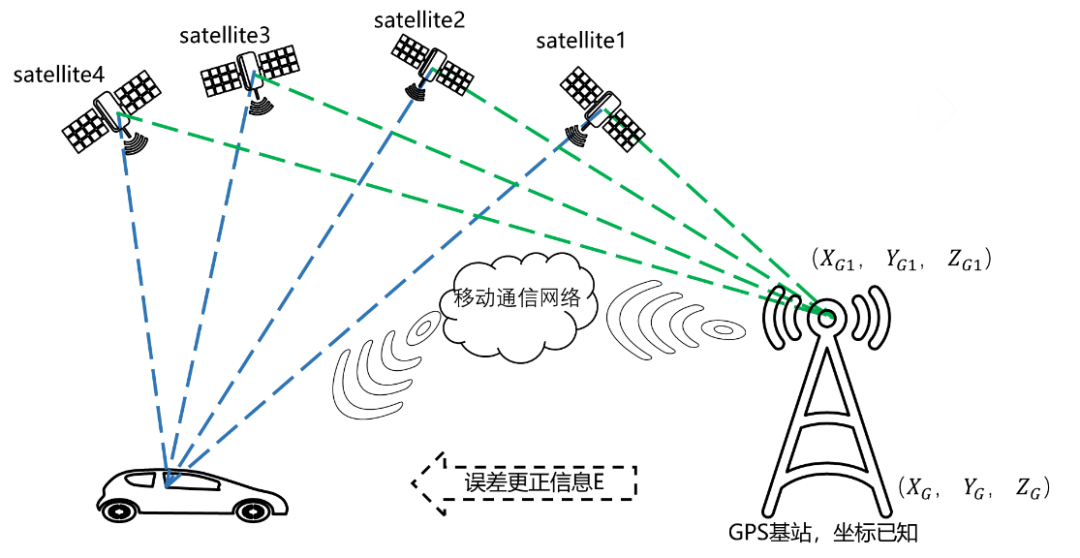 This article is reproduced from“Automotive Technology fresh chat”, support the protection of intellectual property rights. Please indicate the original source and author for reprint. If there is infringement, please contact us to delete