Different wireless technologies differ in networking, power consumption, communication distance and security, so they have different application scenarios. For example, Sub-1GHz technology is suitable for applications with long transmission distance, battery power supply and robustness; Bluetooth is suitable for high-speed, more information transmission and mobile phone control; Thread, Wi Fi and other technologies also have their own advantages and applicable situations. 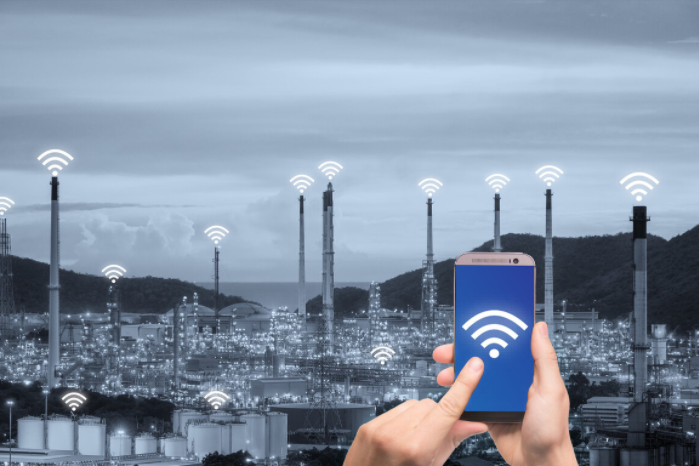 The following lists the most common wireless technologies in the industrial Internet of things:

ZigBee was formally proposed in 2003. Its emergence is to make up for the defects of Bluetooth communication protocol, such as high complexity, high power consumption, short distance, too small networking scale and so on. The name comes from bees. Bees rely on the "dance" of flying and "Zig" shaking their wings to transmit the location information of pollen with their companions. In this way, they form a communication network in the group.

ZigBee is a short-range wireless communication standard with low cost, low power consumption and low power. It is a wireless network specification specially designed for low rate sensor and control networks. It has the following characteristics:


Low power consumption: due to the low transmission rate of ZigBee, the transmission power is only 1MW, and the sleep mode is adopted, the ZigBee device is very power-saving. It is estimated that ZigBee devices can last up to 6 months to 2 years with only two No. 5 batteries, which is beyond the reach of other wireless devices. 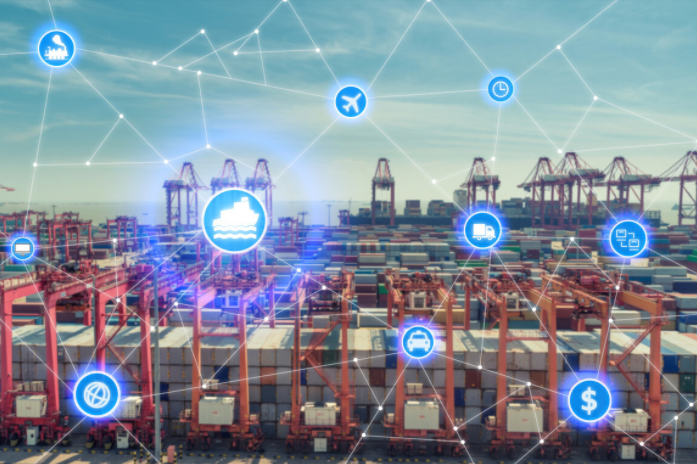 Low cost: the initial cost of ZigBee module is about $6, which is estimated to be reduced to $1.5 ~ 2.5 soon, and the ZigBee agreement is free of patent fees.

Low complexity: the size of ZigBee protocol is generally 4 ~ 32KB, while Bluetooth and WiFi are generally more than 100kb.

Reliable: the collision avoidance strategy is adopted, and a special time slot is reserved for the communication services requiring fixed bandwidth to avoid the competition and conflict of sending data. The MAC layer adopts the fully confirmed data transmission mode, and each sent data packet must wait for the confirmation information of the receiver. If there is a problem during transmission, it can be retransmitted.

Although ZigBee has the advantages of low power consumption, low cost, low rate, high capacity and long battery life, it also has disadvantages, that is, poor anti-interference, short communication distance, and ZigBee protocol is not open source.

Bluetooth technology was first developed in 1994 by Ericsson, a telecom giant. It is the simplest and most convenient method for wireless short-distance communication between two devices. It can realize short-distance data exchange between fixed devices, mobile devices and building personal area networks. Bluetooth technology is widely used in mobile phones, PDAs and other mobile devices, PC, GPS devices, and a large number of wireless peripherals (Bluetooth headsets, Bluetooth keyboards, etc.).

Compared with the previous version of Bluetooth 4.2 or even older, Bluetooth 5.0 has the following features:

Faster transmission speed: the upper speed limit is 2Mbps, twice that of the previous 4.2le version. 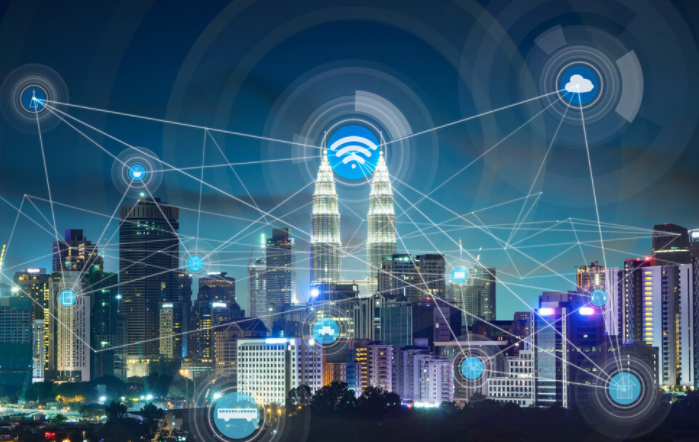 The biggest advantage of Bluetooth technology is that it does not depend on external network, fast speed, low power consumption and high security. As long as there are mobile phones and smart devices, you can maintain a stable connection and connect wherever you go. The disadvantage is that it can not be directly connected to the cloud, the transmission speed is relatively slow, the networking ability is relatively weak, and there are few network nodes, which is not suitable for multi-point control.

Lora is an ultra long-distance and low-power wireless transmission scheme based on spread spectrum technology developed and promoted by Semtech company in the United States. It provides users with a simple system that can realize long-distance, long battery life and large capacity, so as to expand the sensor network. At present, Lora mainly operates in the global free frequency band. The operating frequency is 915MHz in the United States, 868mhz in Europe and 433MHz in Asia. The typical range is 2km to 5km, and the longest distance can be up to 15km, depending on the location and antenna characteristics.

Lora technology has the following characteristics:

Low power consumption: the communication distance can reach 15km, the receiving current is only 10mA, and the sleep current is 200na, which prolongs the service life of the battery.

Large capacity: it can cover about 2km in the urban environment with dense buildings, and up to 10km in the suburbs with low density.

The disadvantages of Lora are that the transmission rate is slow, the communication frequency band is easily disturbed, the chip supply is monopolized by Semtech, the development cycle from the bottom is long, and the network mechanism of ad hoc network is complex. Therefore, general companies are reluctant to study Lora technology and prefer to buy modules for direct use. 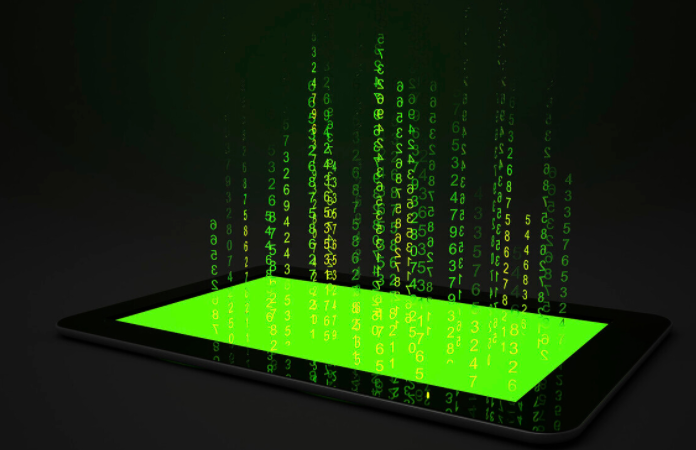 NB IOT uses the authorized frequency band and can adopt three deployment modes: in band, protection band or independent carrier to coexist with the existing network.

As a technology applied to low rate services, Nb IOT has the following advantages:

Low cost: compared with Lora, Nb IOT does not need to rebuild the network, and RF and antenna can basically be reused. Low speed, low power consumption and low bandwidth also bring low-cost advantages to NB IOT chips and modules, and the module price is no more than $5.

Wide coverage: NB IOT has strong indoor coverage. Under the same frequency band, Nb IOT has a gain of 20dB compared with the existing network, which is equivalent to improving the coverage area by 100 times.

Although NB IOT has many advantages, its low-speed data transmission, privacy and security, conversion time of IT system and other problems will limit its development. 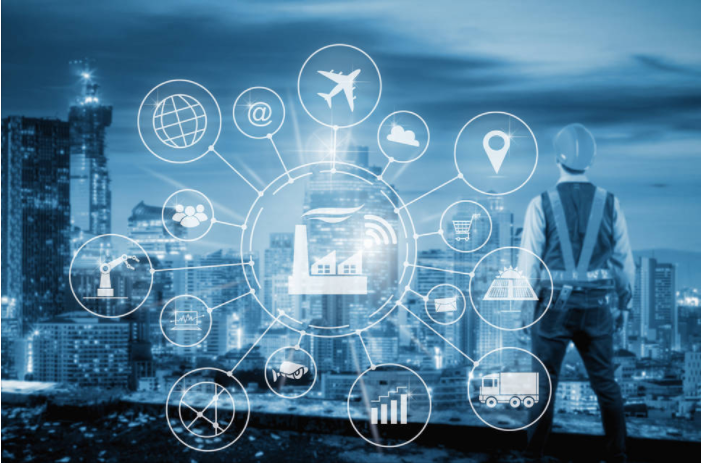 Sigfox originates from the wireless network built by French sigfox company with ultra narrow band (UNB) technology. It is not only a wireless technology, but also a network service.

Sigfox radio equipment adopts a technology called ultra narrow band (UNB) modulation. It occasionally transmits short messages at low data rate. The maximum message length is 12 bytes. A node can transmit up to 140 messages per day. Due to the narrow bandwidth and short message, it can reach a long transmission distance of several kilometers in addition to its 162db link budget. Sigfox is a great choice for burst applications that only need to send small and infrequent data.

The disadvantage of sigfox is that the data transmission back to the sensor / device (downlink capability) is seriously limited, and signal interference may also be a problem. 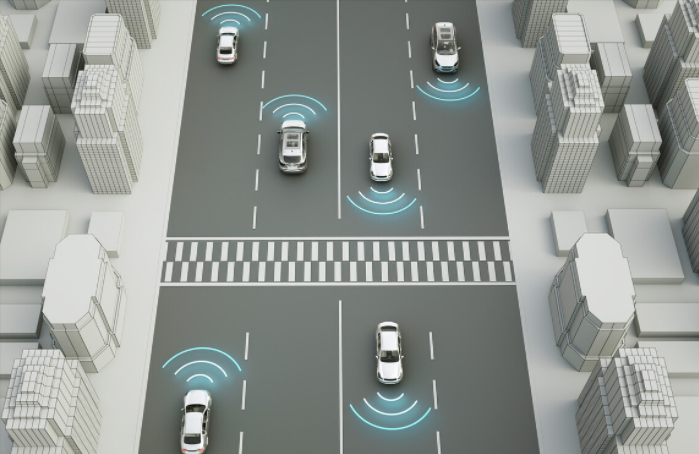 Unstable connection, low efficiency and intermittent periods have always been a headache for WiFi technology.

Halow is a new version of WiFi suitable for industrial Internet of things applications, code named 802.11ah. It enables WiFi to be applied to more places, such as small-size, battery powered wearable devices. At the same time, it is also suitable for deployment in industrial facilities and applications in between.

Halow adopts 900MHz frequency band, which is lower than the 2.4GHz and 5GHz frequency bands of current WiFi. It is more suitable for small data load and low-power equipment. The United States uses the license free frequency band of 902mhz to 928mhz, and other countries use similar frequency bands below 1GHz. Although most WiFi devices can only reach a maximum coverage of 100m under ideal conditions, halow can reach as far as 1km with a suitable antenna, the signal is stronger and is not easy to be disturbed. Hailow claims that its transmission distance is twice that of standard 2.4GHz WiFi, and it has stronger wall penetration ability. Halow is not suitable for fast data transmission and web browsing (which has little impact on IOT devices). In addition, 900MHz is an unauthorized frequency band and is vulnerable to interference.

The content comes from the network/Tiandi industrial control tardetech, this website only provides reprint. The views, positions and technologies of this article have nothing to do with this website. If there is infringement, please contact us to delete it!

Prev：Introduction to RF Engineers: how to design directional coupler circuits?
Next：Faster than the star chain! China's Beidou satellite "short message" mobile phone will be listed at the end of the year!