Events
Home -Events -Industry News -How does "Beidou" enter non exposed spaces such as underground and subway? How to achieve convenience for the people? Academicians, experts and enterprise representatives talk like this

How does "Beidou" enter non exposed spaces such as underground and subway? How to achieve convenience for the people? Academicians, experts and enterprise representatives talk like this

On July 31, 2020, China solemnly announced to the world that the beidou-3 global satellite navigation system independently built and operated by China has been fully completed, and China Beidou has opened a new era of high-quality service to the world and benefit mankind. For a time, "Beidou" has become a hot word of concern. As a strategic emerging industry, Beidou satellite navigation industry has also ushered in unprecedented historic opportunities. 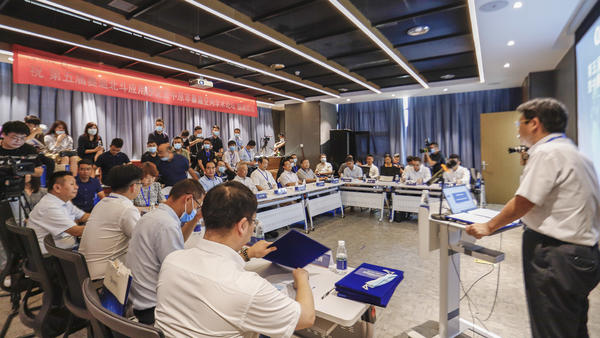 What are the uses of Beidou navigation application in non exposed space?

What is non exposed space? "Non exposed space is defined relative to exposed space. It is more an indoor or semi indoor scene." Xi Wei, general manager of Xiangsong Rail Transit Technology Co., Ltd., one of the organizers of the event, introduced in an interview with dahe.com that at present, Beidou navigation application is developing towards indoor, underwater and deep space integrated pnt (positioning, navigation and timing). Among them, it is widely used in urban rail transit, tunnels, coal mines, factories, shopping malls, hospitals and other non exposed spaces.

"Everyone is not used to using navigation indoors. In fact, we need it." Xi Wei, for example, when parking in a shopping mall, you need to remember the number of parking spaces in which area you park. Many times, you are afraid to forget to take photos. It is still very difficult to find a car after shopping in the mall, and you may even get lost. If there is accurate navigation and positioning to directly locate the parking space where the vehicle is located, it will save a lot of time to find a car.

Xi Wei told reporters that Xiangsong Rail Transit Technology Co., Ltd. is the first company in Henan to carry out non exposed space positioning business. "From a national perspective, non exposed spatial positioning technology is in a very early incubation stage, and there are also many difficulties. One is the difficulty of technology, which is not that technology can not be reached, but that the cost of technology is too high. In addition, it is a social and environmental problem, the market needs to be cultivated, and many people don't understand that they need these."

With the development of smart city and new infrastructure, the demand for accurate positioning technology is more urgent. "The positioning of non exposed space is not only a technical problem in the world, but also a bottleneck restricting the development of the whole smart city." Li Jun, chief engineer of Xiangsong Rail Transit Technology Co., Ltd., said in an interview with dahe.com that they studied the space-time system for Beidou's non exposed space, realized the supplement, enhancement and backup of Beidou's application in the whole non exposed space, and broke the boundaries and barriers of indoor space and outdoor space. 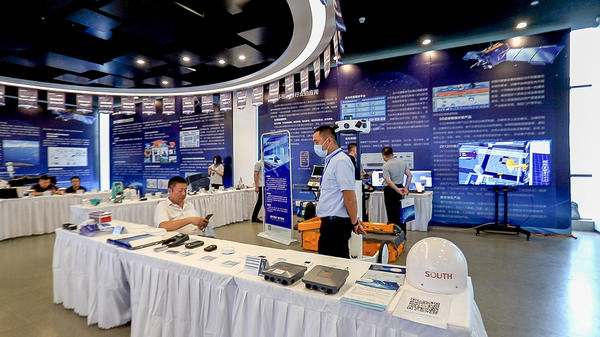 What kind of "chemical reaction" will happen to the "Beidou subway"?

Urban rail transit safety is an important application field of Beidou in non exposed space. As the National Central City and the core city of the Central Plains urban agglomeration, Zhengzhou needs to build a modern big city with peace, wisdom, high efficiency, energy conservation and green environmental protection, which is inseparable from the help of Beidou high technology.

Xu Shupeng told reporters that the purpose of participating in the forum is to understand the application scenario and environment of Beidou Positioning System, understand some extension technologies of Beidou, and see how it solves the problem of accurate positioning in non exposed space.

Dahe.com reporter learned that based on the positioning needs of urban rail transit, Xiangsong Rail Transit Technology Co., Ltd. has developed and built an urban rail transit positioning system, which integrates technologies such as "BDS UWB space digitization" and refers to Beidou satellite navigation system (BDS) to establish an "underground Beidou system" for urban rail transit, so as to realize positioning Availability, accuracy, reliability, continuity and robustness of time service, communication and other services. At present, the experimental model of the system has been delivered at Sihui station of Beijing Metro Line 1, and the experimental effect is good and has passed the acceptance successfully.

At the scene, Dahe network reporter interviewed Liang Jia, senior engineer of the communication and signal branch of Beijing Metro Operation Co., Ltd. he told reporters that in view of the problems faced by Beijing Metro, such as large construction personnel, large number of large machinery and backward safety supervision means, through the establishment of "underground Beidou system", the purpose of accurate positioning of personnel, materials and equipment, cost reduction and efficiency increase was realized.

"Beijing Metro has determined the development direction of 'Beidou 5g smart Metro' to improve the efficiency of section management and the level of intelligence and refinement of services. In the future, the 'underground Beidou system' will gradually open to passengers and provide passengers with diversified and differentiated services." Liang Jia said.

Liang Jia also told reporters that Zhengzhou has a higher starting point in subway construction and needs more stable development. "After attending the forum, I learned about the determination and achievements of Zhengzhou and Henan in developing Beidou related industries. I believe that Beidou industry will take root and flourish in Zhengzhou."

It is reported that the academic exchange of CCID Beidou application salon condenses the efforts and hopes of the older generation of scientists. "Two bombs and one satellite" meritorious medal winner, academician of the Chinese Academy of Sciences Sun Jiadong, chief designer of the lunar exploration project, said in a congratulatory letter to this salon: "I hope you can take the navigation positioning into the underground space, into the subway space, into more non exposed space, and combine it with the outdoor navigation positioning of Beidou, so as to do a good job in the Beidou space-time system in an all-round way, so as to contribute to people's livelihood travel and intelligent transportation."

Deputy chief designer of Beidou navigation system Yang Yuanxi, academician of the Chinese Academy of Sciences, also sent a congratulatory letter to the Beidou application salon and Zhongyuan non exposed space Academic Forum: "We hope that with the strong support of China satellite navigation and positioning Association and Zhengzhou Municipal People's government, this academic seminar will be used as a cooperation platform to promote the close cooperation between navigation enterprises, application units and colleges and universities in the Central Plains and promote the development of Beidou application in non exposed space."

This article is reproduced from“Dahe”, support the protection of intellectual property rights. Please indicate the original source and author for reprint. If there is infringement, please contact us to delete

Prev：Apple and Xiaomi are both in use. What is UWB chip technology?
Next：Launch successful! Tiantong-1 satellite is new, with wide coverage, multiple uses and stable signal